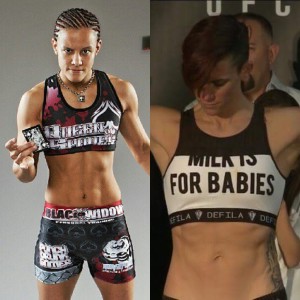 Their pro wrestling match is scheduled to take place on Sunday, March 6 at 5PM Pacific, at the IFDES Lodge – Portuguese Hall.

Baszler’s resume speaks for itself. One of the Four Horsewomen, Baszler’s MMA career spans back to 2003, according to Sherdog. Baszler’s fought in organizations such as the defunct EliteXC and Strikeforce, as well as Invicta and the UFC.

She had her pro wrestling debut in late September of 2015, which Alex Goff covered for us.

She did an interview with Women’s MMA Roundup after her win.

This will be her pro wrestling debut.

When asked about the match-up, Premier president John LaRocca said, “Both Colleen and Shayna are great friends, but in the spirit of competition, both women are looking to secure a victory and move up the ranks in the Premier Women Athletes division. This match is can’t miss!”

Tickets for Premier XII will be available on February 1, 2016 at http://www.premierwrestle.com.