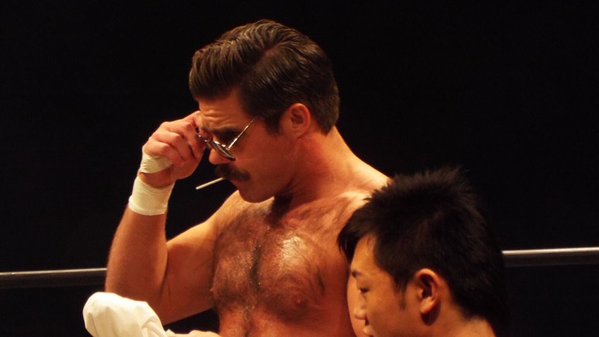 This upcoming week is going to be UFC city as they run events on Thursday, Friday, and Saturday. So you know what will dominate next week’s column.

– This is a sweet poster for NXT TakeOver: London. 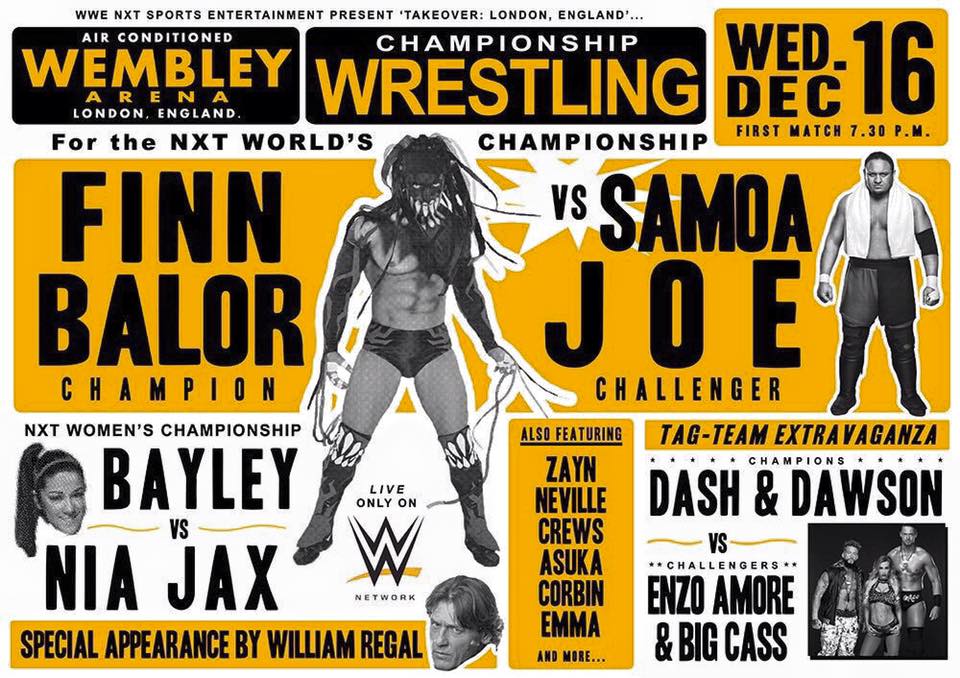 – Mick Foley was on the Steve Austin Show to discuss his recent frustration with WWE creative. It’s a fun show, including his knock at Austin for his working punches.

– Cris Cyborg decided to not cut to 140 like she previously said she’d do because Ronda Rousey beat Holly Holm and because of the lack of being able to rehydrate by IV. Or, just more excuses for her not to get down to 135.

– Our own PeachMachine who does the True Ten scoring column, wrote about UFC’s branding issues.

– Gleison Tibau is the first drug test failure since the USADA program began for the UFC. He failed for EPO and gave his apology/explanation.

– Michael Bisping vs Gegard Mousasi will take place in London on 2/27/16.

– Miguel Cotto vs Canelo Alvarez did around 900,000 buys, which is a solid number.

This is what older wrestling fans wanted and expected from the start of the network. What’s key is that fans watch the content so that WWE feels the work they put into getting the content up is valid.

Though, I’m not sure about the strategy. One of their keys should be to get the lapsed fan back through the network. The problem is that the episodes are put up in sporadic order. So if someone became a wrestling fan through Mid South and wanted to relive their childhood, they wouldn’t be able to do it in the order they remember.

4. Peter Nelson is the new head honcho at HBO Sports.

This may not mean much to most, but after Ken Hershman and Mark Taffet resigned, HBO Sports promoted Peter Nelson to vice president of HBO Sports and he will be effectively running the show.

Nelson was formerly the VP of programming for HBO Sports.

AJ Styles had missed some tournament matches for New Japan’s current tour and tag team tournament. NJPW made it official and pulled him from the rest of the tour.

Styles has a title match with Jay Lethal in 11 days for ROH’s Final Battle PPV. He also has a match with Shinsuke Nakamura for Wrestle Kingdom on January 4th. New Japan expects him to be ready for that match.

2. Dana White says that Rousey Vs Holm 2 is next.

In the “and water is wet” category, Dana White said the UFC would be dumb to not book Ronda Rousey and Holly Holm to an immediate rematch and that it’s happening.

However, he didn’t say exactly when. One would expect they’d book it for UFC 200, which would be the biggest UFC show in the company’s history.

Joey Ryan uses his penis to win a test of strength over Danshoku Dino from #ddtpro in Oaska, Japan. (Full Clip) pic.twitter.com/guh7SGMWHJ

I’m not one to always enjoy goofy pro wrestling antics, but this was absolutely tremendous. Former Northern California wrestler, Dave Dutra, who has wrestled Joey Ryan in the past, shared it on Facebook and I thought it was the funniest thing I’d seen in years.

It started to get some mainstream press and Ryan is now selling a testicular strength t-shirt.

Hopefully he can get more steam out of it.