The top story this week is one of the top stories of the entire year. Before we get to them, check out Alan Counihan’s update on his Greatest Wrestler Ever project.

Also, I hate to place anyone’s death in the list of top stories and would rather give them their respect by placing it atop this post. The great Nick Bockwinkel passed away on Saturday. Dave Meltzer, who knew him well, remembers him.

– December 16th is the date for the next NXT Takeover special.

– The Undertaker showed up on the Tonight Show with Jimmy Fallon.

– Good old JR looks back at the Montreal Screw Job.

– ROH is moving from Destination America to a channel called Comet in December. 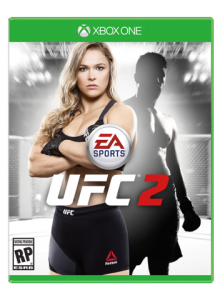 – Oscar De La Hoya continues his obsession with Floyd Mayweather with an article in Playboy.

– Speaking of 30 for 30, if you missed Chasing Tyson, it’s worth a watch. Check out our review.

Many people awoke to a post from Mirko Cro Cop about his retirement. He mentioned having to pull out of his fight in Korea and gave folks a chance to celebrate his career. But then, news soon came out that he had failed a PED test for Growth Hormone, which shed a different light on the retirement.

To me, it just shows how hard it is for old fighters to have to keep up in a young person’s game.

4. Cotto vs Canelo is upcoming.

I think the Ronda Rousey vs Holly Holm fight was overshadowing Miguel Cotto’s fight with Canelo Alvarez, but now that it’s over, we can give this fight all of our attention.

Andre Ward was originally going to be part of the event, but now that he’s out, Guillermo Rigondeaux has been added to the PPV.

Cotto vs Canelo is two things to me. It’s Canelo’s chance to beat an older, beloved veteran who has been in big fights with the big two, Manny Pacquiao and Floyd Mayweather. Because of those battles, he has more casual boxing fame than most. In a sense, it’s Canelo’s chance to step into the shoes as the next possible boxing PPV star who doesn’t have to lean on Pacquiao and Mayweather for notoriety.

But, I’m also not overlooking Cotto. If he wins this fight, it extends the career of someone who in the later years of his career, has reinvented himself and aged more gracefully than most. And it would provide that last stamp on a fantastic career. However, it would also give him legs and he would step in as the next guy, and someone who could then face Gennady Golovkin in the next big PPV fight.

This fight is a win/win in my book.

We took a look at the tournament last week.

The second round should kick off tonight at Raw, leading to the semi-finals and finals (I’m guessing?) on the PPV. Based on the booking so far, it seems that most fans are uninterested, both because it looks like either a sure-fire win for Roman Reigns, the babyface, or some sort of swerve in which Reigns the babyface will have to avenge. The smart thing seems to be to turn him heel for the moment. It would definitely shake things up the most.

2. The Rock and Ronda Rousey may be off WrestleMania 32.

I am not surprised at what Dave Meltzer reported in the latest Wrestling Observer. We even wrote a little bit about it. And with the timing of Rousey’s loss over the weekend (more on that in a bit), she probably needs to focus more on her UFC career than her WWE career.

But it does seem that Rock’s situation could be fixed, depending on how much he wants it to be fixed. I think the fact of the matter is that without either or both, this year’s WrestleMania doesn’t feel as special on paper.

I don’t think anyone missed this story. We have the full play by play of the entire show on the website if you did miss the show.

Holly Holm deserves all the credit in the world for serving up such a massive beating. But I think the main story will continue to be about Ronda, at least until the next fight.

Why did Ronda fight Holly’s fight? Why didn’t she have a plan B? Why did Edmond think Ronda’s striking was on par with Holly’s? Why did she press a counter puncher? Did Ronda take her eye off the ball? Does Ronda need to get the eye of the tiger back? Does she need better coaching?

See what I’m saying? Holly whipped her on Saturday night. But until she does it again, it’s going to continue to be all about Ronda.