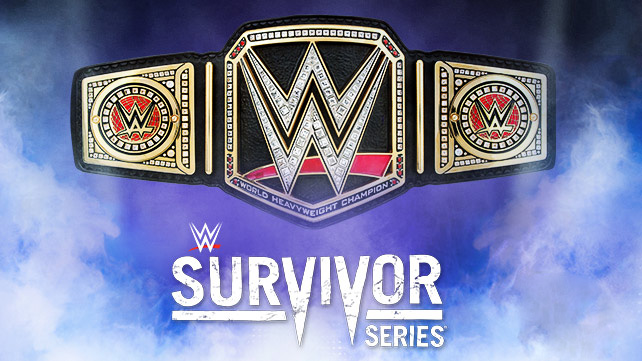 It’s the 25th anniversary of the Undertaker’s debut, which was at the Survivor Series 1990. It’s actually an amazing feat that he’s still around and having high quality matches, especially since his last few years were a bit rough. You have to give the man credit for his longevity as the great character WWE has ever created.

While I’m not enamored with what is scheduled to be the reunion of the Brothers of Destruction facing two of the Wyatt family, it’s just nice to see Taker still around after all these years.

The tournament for the title has left a lot to be desired from a booking standpoint, though, the second round matches were pretty darn good. We’ll get some good wrestling in the semi-finals and final I’d imagine, though they’re going to need to do something big in the final match in order to keep people vested. It may not be what their initial plans were, but with all the guys injured or off, they need to keep fans going until WrestleMania season starts. A heel turn by Roman Reigns would be the most interesting, while Dean Ambrose turning heel would also be interesting, though not in the same neighborhood.

Lillian Garcia sang the National Anthem to start the show.

Match started out slow, but the crowd is into it. Roman is being booed slightly, but there are cheers too. The psychology was that Reigns shoulder was hurt, setting up Del Rio to work on his arm with the cross arm breaker. He tried it once, but Reigns powered out and Rampage powerbombed him.

Del Rio was pretending that he had a bad wheel, only to bait Reigns into setting up the spear and he super kicked him. Late in the match, both guys were down, Del Rio tried the arm breaker, and Reigns tried to powerbomb him again, but to the outside. But that only made it worse. Del Rio went to the top, missed, and Reigns speared him for the win.

This was a strong match. I still find Ambrose’s selling to be a bit goofy, but he was okay in it. Owens went for the pop-up powerbomb and Dean turned it into a hurricanrana, which set up the Dirty Deeds DDT.

Ryback, Lucha Dragons, and the Usos Vs The New Day, Sheamus, and Wade Barrett

Xavier Woods has a sweet perm pompadour and he wants no one to touch his hair.

Best move early on was the babyfaces all doing a dive out of the ring on the heels, except for Ryback. Ryback instead went to the top rope and dove on everyone, body surfing for a second.

And then Barrett was able to dance with New Day.

Jimmy Uso was eliminated after Woods dropped a knee on him from the top while Big E had him over his knee.

Big E was eliminated by Jey Uso after a big splash from the top rope. The rest of New Day walked out with Big E, but they haven’t been officially eliminated.

Sheamus had Kalisto up, Jimmy Uso super kicked him, and then Ryback put him in the Shell Shocked for the pin. I guess New Day did get counted out.

Paige had the Figure Four on Charlotte and she reversed it, falling over the apron with it sort of like when Bret Hart would wrap the move around the ring post and pull on it.

The match is very slow and probably too traditional in having Charlotte sell for so much, which is the worst part of her game. After selling, selling, and selling, she hit the spear and her flip over move to slam Paige’s face into the mat. Paige retreated to the outside where she suckered Charlotte and threw her into the barricade. Paige then jumped on top of the barricade to pose for fans. Charlotte went to the top and speared Paige off.

Back in the ring, Charlotte locked in the Figure Four, turned it into the Figure Eight, and Paige finally tapped.

While the last match was too slow, this one was a bit too fast. They rushed through near falls, making them all mean nothing. Late in the match, Breeze was on the outside, he kicked Ziggler’s knee, got back in the ring and hit the Unprettier for the win.

The Wyatt Family Vs Kane and the Undertaker

Rowan ran into the ring, took the double big boot, and they chokeslammed him out of the ring. Looks like he’s not in the match.

Bray Wyatt and Luke Harper are the guys in the tag match.

Heat was on Kane until the hot tag to Taker. Taker had Harper ready for the chokeslam, Bray jumped in and he put Bray in the chokeslam position too. Braun Strowman jumped to the apron and Taker punched him. Bray and Harper gave him the double clothesline over the top rope, but he landed on his feet and immediately went to chokeslam Strowman. Kane cleared off the Spanish announcer’s table and they gave Strowman a double chokeslam.

Winner: Kane and the Undertaker

Ambrose’s tank top was ripped in his previous match. Rather than getting a new one, he’s wearing it around his waist and it looks like a garter belt.

They’re working fast. Ambrose hit the Dirty Deeds for a quick two count. Reigns hit a short spear for one as well. They were sitting in the middle of the ring together and just started punching each other from the seated position.

Ambrose had Reigns in the corner and went to the other side to gain momentum, but ate a spear and the match was over.

We still have a good 15 minutes to go on this show.

Triple H came out and tried to shake Roman’s hand amidst all the confetti. Reigns wouldn’t shake his hand and then speared him. Sheamus came in and hit the Brogue Kick and cashed in.

He went for the pin and got a two count. He went for another, missed it, and then hit it after Roman came off the ropes again.