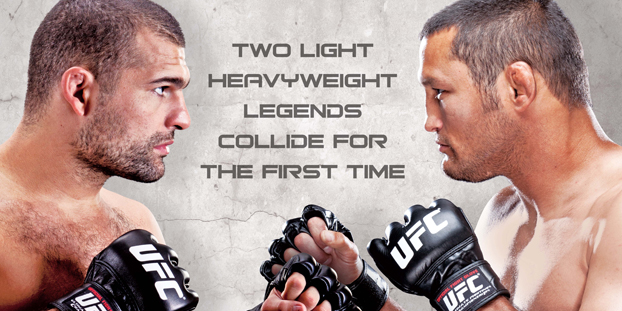 With no TUF this week, PeachMachine lends his True Ten scoring to an all-time great fight; Shogun vs Henderson from UFC 139.

This week there was no new episode of The Ultimate Fighter due to playoff baseball. I guess I’m pulling for the Cubs now, just so that Robert Zemeckis’ premonition from Back to the Future II can come true. Just like that wacky old man, I also wish I could go back in time and NOT bet the Cardinals to win the World Series. Mike Matheny, you owe me 100 bucks.

So with the Cardinals and the Yankees eliminated, I took the opportunity to watch and review a classic match from UFC Fight Pass. I opted for my favorite match of all time, Shogun Rua vs Dan Henderson from UFC 139. This five round WAR was possibly the greatest match ever. Don’t take my word for it either. Rogan and Goldberg were proclaiming that as well. 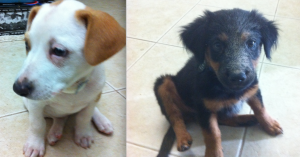 This match was certainly the most influential of my life as I named my first dog Hendo, and my second dog Shogun. Dan Henderson was always in my top five favorite fighters. In 2011, my top five were GSP, Hendo, Fabricio Werdum, Frankie Edgar, and Forrest Griffin.

After this fight, Shogun cemented his legacy in my book. Currently, my top five are Hendo, Shogun, Werdum, Edgar, and Rashad Evans. I’ll write another article about my top 25 at a later date. This is important stuff people.

Also on the show that night was Cung Le vs. Wanderlei Silva. It’s important to note this because I also really like Wanderlei, and I had a $100 parlay bet on Silva and Hendo, which made it extra exciting to me. I think it paid out close to $350. Silva and Le had an amazing fight, which saw Silva finish Le at the end of round two, which set the stage for the epic battle to come.

Looking back, this night really was the end of the line for these four truly elite fighters, as none were ever the same after November 19, 2011.

On with the show…

Analysis: This was an absolutely incredible, thrilling WAR! Every round was amazing. When I watched this fight live, I was certain it was going to be ruled a draw, as the final round was clearly a 10-8. Yet, in that era, no judges were using 10-8’s EVER! However, the definition of a 10-8 round was round five in favor of Shogun. I gave it that, but I also gave round three a 10-8 for Hendo, but by less, as Shogun did end the round back on his feet.

In round five, Shogun literally laid on Hendo and big brother punched him and just did not have the gas to finish, and you’d literally have to kill Hendo. The whole fight could have been stopped in either direction about six or seven times, and had it not been these two warriors, it would not have seen all 25 minutes.

Overall Analysis: As noted above, I can’t believe this match was not ruled a draw. I was certainly happy Hendo got the duke as it got me paid, but I would not have been surprised by any decision. As noted by my True Ten system, I believe Hendo won this fight as he dominated much more, and came closer to finishing. In this case, the Classic Ten system helped the judges come to the correct decision. My only thought as to why no judge scored a 10-8 final round is because they did not score the third round a 10-8 and felt it would lead to an unfair decision. This leads me to my conclusion, which I will argue more thoroughly for later, that there should be three different judges each round. It’s impossible to mentally keep your previous round scores from influencing your later round scores.