We had a UFC show, some boxing on Saturday night, a WWE house show that was broadcast to their network, and a mix of other stuff this week. 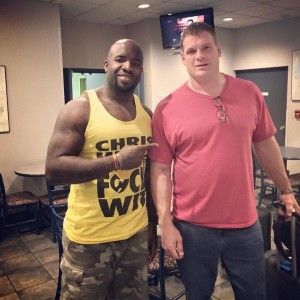 – Check out Moose with the number one contender to the WWE World title.

– The FGB crew wondered who Brock Lesnar could face at WrestleMania 32.

– Of all people to fail the wellness test.

– Matt Hardy is your new TNA champion after Bound For Glory.

– WWE.com has highlights from the Lesnar vs Big Show match from the Madison Square Garden house show televised on the WWE Network and Chris Jericho’s promo about his 25 years in the business.

– The great MookieGhana tweeted this out and it’s fantastic. If you want to know the history of the WBF, dig in.

– Triple A rebounded with Heroes Inmortales.

– PeachMachine has a version of MMA scoring he’d like to see implemented and he scores the TUF 22 fights so far.

– Ronda Rousey is the first woman on the Australian version of Men’s Fitness.

Thank you @mensfitnessau for making me the first woman on your cover!! #UFCMelbourne

– The antitrust suit takes a turn for the worse for the UFC.

– Michael Bisping pulls out of UFC 193 and Uriah Hall takes his fight.

– It was the 40th anniversary of the Thrilla In Manila. 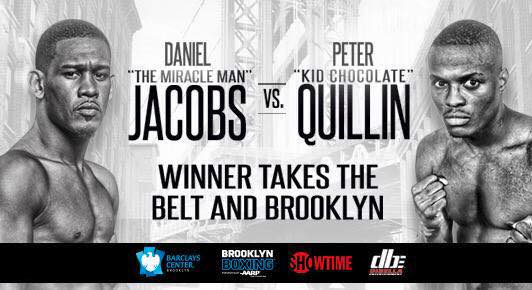 Johny Hendricks having to cut a lot of weight in between fights isn’t news. But it finally caught up with him. He had to pull out of his UFC 192 fight with Tyron Woodley after his body shut down on him and he had to go to the hospital.

Dana White wasn’t happy and it was stated that Tyron Woodley would get the winner of Robbie Lawler and Carlos Condit.

Woodley decided to weigh-in anyway, even though the fight was off.

4. John Cena is taking time off.

As one of the hardest working guys in professional wrestling, John Cena has a bit of a reputation for being fairly indestructible. He comes back early from injuries, rarely misses shows, and has been atop the cards for the last eleven years.

For that reason, it’s a surprise that he’s taking time off for what WWE is calling personal reasons.

I think it will be good for him to freshen up, though, it probably will hurt ratings even more. They haven’t hit the floor yet on viewership and losing Cena for a couple of months is only going to hurt.

However, it may force them to push someone like they push Cena. Outside of Brock Lesnar, everyone is treated not only as beatable, but as unimportant. Maybe someone like Dean Ambrose will get Cena’s spot and be allowed to run for a couple months. But if they don’t push anyone as special in his absence, it’s going to be a lost opportunity.

In more news of Jon Jones getting his hand playfully slapped, he won’t see any jail time for his hit and run accident. He gets 18 months of supervised probation.

Here’s what he issued to the press:

With regards to today’s decision made by the court, I am very happy to now be able to put this incident behind me. My actions have caused pain and inconvenience in the lives of others and for that I am truly sorry and I accept full responsibility. I have been working hard during this time away from my sport to grow and mature as a man and to ensure that nothing like this happens again. I have learned a great deal from this situation and I am determined to emerge a better person because of it. I apologize to those who were affected by my actions in this incident and I am hopeful that I will be given the opportunity to redeem myself in the eyes of the public, my family and friends as well as my supporters. I am not sure what the future holds for me but I plan to continue to do the work needed to be productive and successful in every aspect of my life.

The UFC is going to review the situation before re-activating him as a fighter.

2. The Ronda Rousey vs Holly Holm at UFC 193 promo video is must-see.

I missed the fight, but from the sounds of it, I missed a war. Cormier out-pointed Gustafsson, winning a split decision to hold onto his UFC light heavyweight championship.

After the fight, he praised Gustafsson.

#Respect @AlexTheMauler is game as they come! Presented by @Halo 5 #Halo http://t.co/rvmfDpavDY

Obviously, the big fight is with Jon Jones, but with Ryan Bader also there, we may see that happen first.