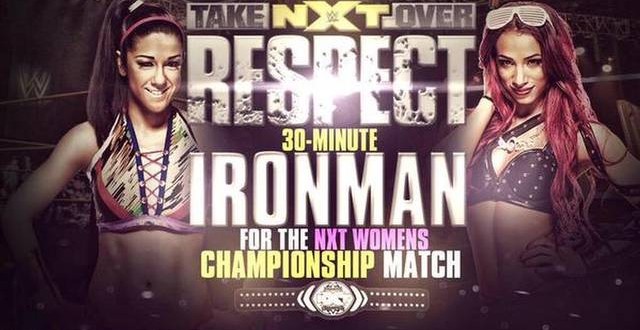 Before we get to the top five, I wanted to point out that we have a new page, specifically for the Fabulous Four Podcast. All the podcasts and supplementary material will be available there. We still have to add the Throwback Thursday videos there, but we’ll get to it.

– We’ll begin with tragic news. Bill DeMott’s daughter has died in a car accident. We want to send our condolences to the DeMott family. 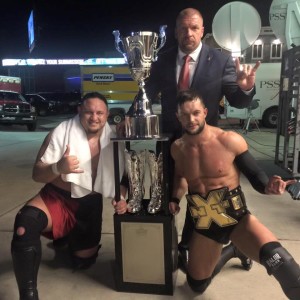 – Lana and Rusev are engaged.

– James Storm, even though he showed up at NXT, is still unsigned.

– Devin Taylor is gone from NXT.

– The Coach gives clues to a possible ESPN/WWE relationship.

You have been asking for years and we are about to take another step. So excited. 48 hours. #wwe #joinus #letshavefun.

– Kazuchika Okada beats AJ Styles at NJPW Kings Of Wrestling to set up the showdown with Hiroshi Tanahashi at Wrestle Kingdom.

– Matt Hardy wins the TNA title and then gives it right back.

– Check out the Face Off between Gennady Golovkin and David Lemieux.

– Bryant Jennings vs Deontay Wilder is not in the cards.

– Manny Pacquaio may be soon retiring from boxing.

In the lead story of last week’s Wrestling Observer newsletter, Dave Meltzer wrote that Daniel Bryan’s WWE future is up in the air and will be decided by a doctor in the future.

Bryan has been cleared for wrestling activities by one neurologist. But WWE’s Dr. Maroon doesn’t think he should wrestle again. WWE is going to send him to another doctor who will break the tie. Bryan still has several years left on his WWE contract, so he can’t just quit and go anywhere he wants if they don’t clear him.

Conor McGregor used the rumor to get under Urijah Faber’s skin on The Ultimate Fighter, and it proved to be true. Team Alpha Male is out and Elevation is in.

Faber doesn’t seem too upset about it, though he’s a pretty calm dude. He aired out his feelings earlier in the week.

It does seem clear that Dillashaw isn’t welcome back to train with the team as Faber said that he’s hurt some of his teammates before. I have a feeling we’ll see these guys face each other sometime in the near future.

3. Is OG Mistico back in CMLL?

The original Mistico, who goes by Myzteziz in AAA, looks to be on his way back to CMLL. This would be a fairly big blow to AAA as it looks like they were building to Myzteziz and Rey Mysterio as the main event for next year’s TripleMania.

Dave Meltzer has the story at F4WOnline/Wrestling Observer.

2. Sergey Kovalev and Andre Ward could be the next big fight.

This story seemed to fall under the radar a bit, but outside of the big boxing PPV this upcoming weekend with Gennady Golovkin facing David Lemieux, it’s the biggest story of any upcoming fight that’s not Miguel Cotto vs Canelo Alvarez.

Dan Rafael reported that the reason Sergey Kovalev’s fight in November was postponed was because of a rescheduling of his fights for 2016, which would culminate in a title defense against Andre Ward, who is moving up from Super Middleweight.

Their future bout could happen in the fall, provided that Main Event and Roc Nation Sports can put the deal together. If they can, Ward would more than likely fight on the undercard of the Cotto/Canelo bout as his first fight under a new 3-fight deal with HBO.

While I preferred their NXT Brooklyn battle as a pro wrestling match in the ring, their latest NXT TakeOver battle was an emotional masterpiece. I don’t really enjoy Iron Man matches because of the idea that you need multiple falls. I’d rather see a match go to one fall, than five, which is how many falls this match went to.

While Bayley vs Sasha wasn’t a five star classic inside the ring to me, the total package of the match and how it was handled was.

Now we’ll see what they have up their sleeve with the women’s division with Bayley, Asuke, Dana Brooke, and Emma left. Oh, and I guess, Eva Marie.