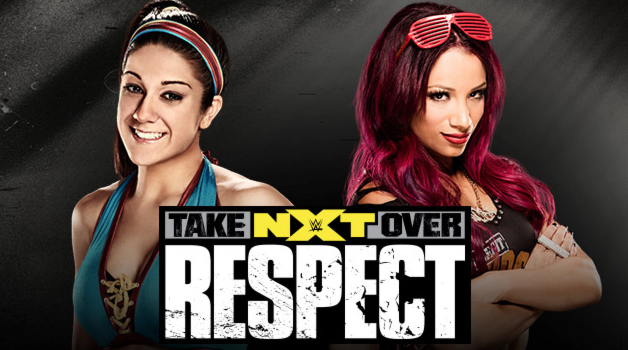 Follow along with our NXT Takeover Respect live coverage.

These shows don’t miss do they? I don’t expect this one to miss either. I’ve been a fan of the Dusty Rhodes Tag Team Classic and the main event will only not deliver if they try too hard to one up their match at NXT Brooklyn.

Finn Balor and Samoa Joe Vs Dash and Dawson

Joe started off quickly on the offensive, but Dash and Dawson got the heat on him to set up the hot tag for Balor. Balor was running wild until he set up his finisher, but was hit in the knee.

Then he sold for much of the rest of the match. Finally, he made the hot tag to Joe. Joe hit the Muscle Buster and Balor wanted the tag for the Coup de Grâce. He hit it, but he was already limping from getting hit in the knee. He got the pin, but is injured going into the finals.

Jason Jordan and Chad Gable Vs Rhyno and Baron Corbin

This was a fun match with a hot finish.

Gable was beaten down, setting up the tag for Jordan. Jordan did his best Kurt Angle impersonation, including pulling the straps down. He’s a heck of an athlete. He was about to set up Corbin for their finisher, but Corbin clotheslined him and set up Gable for his finisher. Jordan interrupted the kickout.

Gable set up his bridge German suplex, but Corbin kicked out.

He then hit the End Of Days.

This was essentially a squash. Brooke didn’t get much offense at all. Asuka’s character is playful and sly. She got to do a lot of her offense including an arm bar, Naomi’s finisher which was simply a transition move, and lots of fun transitions into different submissions. She finally won with the Asuka Lock.

Breeze took most of this match. He was constantly one step ahead of Crews. This was a nice near fall.

Crews finally won the match with a powerbomb. This was a good match in that Crews couldn’t simply be Superman and Breeze is now the NXT ring general.

Baron Corbin and Rhyno vs Finn Balor and Samoa Joe

The match was fast-paced and hard hitting. Balor was selling his leg for most of the match, except when he was running wild. Corey Graves mentioned adrenaline, which was smart.

Joe was speared and Balor came in to break it up. Eventually, Joe had him up for the Muscle Buster and tagged Balor to finish the match like they did prior. There wasn’t a breakup, but you have to wonder if Joe challenges him injured.

Dustin and Cody gave the trophy to the winners and Cody said some nice words about his dad.

Sasha got the first fall after a thumb to the eye and roll-up with 21:27 left in the match.

Sasha was out of the ring, then Sasha pulled her out, tossed her against the steps and then into the NXT-tron. Bayley was counted out with just over 15 minutes left. Sasha then teased the little girl in the front row who is Bayley’s biggest fan to tears.

With 12:36 left, Bayley reversed a Boston Crab attempt into a rollup and we’re tied at 2 falls apiece.

Bayley hit Sasha with a Bayley to belly off the top rope, but Sasha got her leg on the rope for the best near fall of the match.

Bayley tried to hit the backwards hurricanrana off the top, but Sasha landed on her feet. She then gave her own belly to belly for a two count. She locked in the Bank Statement with about 90 seconds left in the match. Bayley got out of it and Sasha tried it again, but Bayley locked her in a submission and Sasha tapped with just two seconds left.

Everyone was out on the ramp and Triple H gave flowers to both Sasha and Bayley.

Sasha was beside herself and had to take a knee from the emotion.