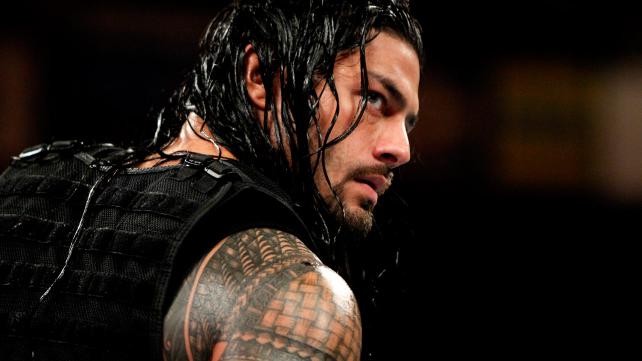 The Roman Reigns project isn’t working as was hoped. Will WWE change direction?

Late in 2012, the Shield hit the WWE scene. They were a new and mysterious faction and because of how they were protected, immediately caught on with WWE fans.

They were a perfect blend of what works in today’s wrestling. There was a nod to the hardcore wrestling fans with the inclusion of the former Tyler Black (Seth Rollins) and Jon Moxley (Dean Ambrose) into the group in addition to the powerhouse newcomer Roman Reigns who would come in and clean house, WWE style.

When they eventually split up, because of how good of a worker Rollins was, I figured that he’d be fine, though there was a worry that he’d be a midcarder unless they had plans for him. Well, they had perfect plans for him, putting him with The Authority, the WWE’s main heel faction.

Ambrose was the crazy wild card who was a mix of Roddy Piper and Brian Pillman and could be compared to other babyfaces who seem to easily get over with the crowd based simply on being different. To me, he was the sure babyface of the group once they split.

And then you had Roman Reigns. Reigns was the most WWE-like of the three. He was tall, had long hair, big muscles, and tons of tattooes. In fact, if Vince McMahon wanted to sculpt his perfect ethnic babyface, he’d have probably created Reigns.

His charm was that he would get tagged in and kick ass and win the match for his team. Wash, rinse, repeat. Reigns was immediately thrust into the main event scene facing off in a four-way for the title at Battleground in 2014. He then had a solid feud with Randy Orton. But those loud cheers he received as the hot tag with the Shield were turning into very loud boos and those boos became hateful after he won Royal Rumble earlier this year.

In a sense, he was the anti-Daniel Bryan. Bryan was always the underdog. He persevered after being buried time and time again. The fans got behind him and they felt like they were part of the reason for his rise. And those same fans felt like Reigns was being forced down their throat. There was nothing to root for.

Personally, I think Roman Reigns is really good for how many years he’s been in the business. But so far, he’s been booked like someone who just isn’t good enough. His first PPV match after the split was in the Money In The Bank and he didn’t win the briefcase. He lost in that initial four-way for the title; a match he shouldn’t have been in unless he was going to win. And at WrestleMania 31 against Brock Lesnar for the championship, he was pinned by an intruding Money In The Bank casher-in-er Seth Rollins. Rather than be next, he was immediately can’t win the big one.

WWE seems to be very stubborn with Reigns and maybe it’s because they finally had to succumb to what the fans wanted in Daniel Bryan’s push at WrestleMania 30. Rather than turn him and give him a chance to be a heel (instead of feeling like a failed babyface) they seem to want to run with the same plan that didn’t work last year. Are they really setting up Reigns to be the top contender for the title at WrestleMania 32?

If so, the best chance he would have at being hot going into a title match at WrestleMania is turning on Dean Ambrose. Currently, Reigns and Ambrose are embroiled in a feud with the Wyatt family. They don’t have a third member to face off against Bray Wyatt, Luke Harper, and the recently debuting Braun Strowman. An easy, predictable and possibly groan-inducing solution to the situation would be to add Erick Rowan to Ambrose and Reigns’ team as a swerve.

But I think a better idea would be to debut Samoa Joe as the third man. Rather than have him simply as the third babyface of a babyface team, I’d have him and Reigns turn on Ambrose as a way to set up a new heel-ish faction. I say heel-ish because with the Authority and the Wyatts, there’s only so much room for dastardly teams. They can be heels, but semi-strong fighters, especially if the main idea is for this to help Reigns eventually turn back babyface.

And you know who else I’d add to make it a foursome faction? I’d bring back the Usos as heels. Naomi is already a heel and you can add Team BAD as an affiliate team if you want. But with Reigns, Joe, and the Usos as the faction, you have good workers with mean streaks.

If John Cena eventually wins the title from Seth Rollins and the goal is to have Reigns vs. Cena at WrestleMania, a heel Reigns with a mean-streak would probably be wildly cheered against Cena and celebrated like a babyface if he won the match. Vince McMahon would manipulate the crowd rather than the other way around.

But do I expect any of that to happen? Nope. I think they’ll be stubborn with him even if a heel turn is probably not only better for his current career, but better for his confidence too.