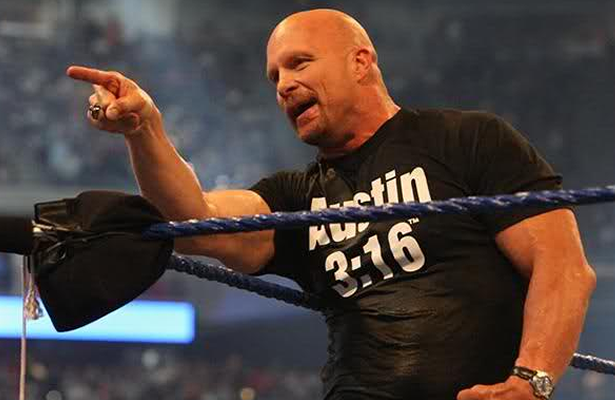 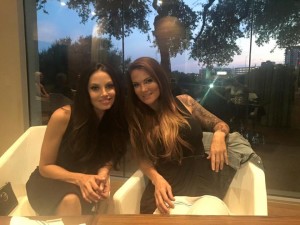 Before we get started, can we just marvel at the beauty of Trish Stratus? She’s aging like fine wine. And hi Lita.

Okay, I’ve marveled enough. Let’s get to the top five.

– Being that it’s Wrestling Observer Hall of Fame season, I wanted to send this one out again. Last year, Alan made the case for Jun Akiyama.

– Alex Goff was there for Shayna Baszler’s pro wrestling debut and wrote about it. He also talked to her about her pioneering days in women’s MMA.

– Rolling Stone did an interview with Kazuchika Okada.

– Shinsuke Nakamura won the Intercontinental title back from Hirooki Goto.

– Bellator Dynamite 1 didn’t do the rating they expected.

– Per Ryan Fredrickson, Anderson Silva may be returning in April.

– Bobby Lashley and James Thompson is scheduled for November 6th.

– Wladimir Klitschko had to postpone his bout with Tyson Fury because of a calf injury.

– Bob Arum discusses who could be Manny Pacquiao’s next opponent.

Even though his last fight was nearly a three years ago, today, Rich Franklin officially announced his retirement in a Player’s Tribune blog post.

I remember watching Franklin face Ken Shamrock at the very first The Ultimate Fighter finale, which was a way for him to become a star. A lot of people thought Shamrock was going to be ankle lock him (which he did), but his time had passed and I knew that it was Franklin’s chance to make himself.

While Franklin will be remembered with Matt Hughes, Chuck Liddell, and Randy Couture, I always felt he was slightly below their level of star power. I also remember being nearly sick to my stomach watching the two beatings Anderson Silva gave him. He didn’t look in the man’s league. And thus, I do wonder if a lot of people saw him as a paper champion of sorts.

4. Lucha Underground is back.

It was announced last week and lots of wrestling fans were excited to hear the news. I still don’t get the dang channel as DirecTV makes you buy a specific (and terrible) tier, so I probably still won’t be able to watch the show.

I’m happy that Jeff Cobb will be able to show his stuff on a bigger stage.

3. Sting misses Raw because of a neck injury.

After his match with Seth Rollins ended at Night Of Champions, Sting was supposed to show up on Raw to make an announcement. For some reason, this was still promoted even though he was sent home after Night Of Champions and a hospital stay.

In WWE’s weird way of reporting their own news, they interviewed him on WWE.com and made zero mention of him on television.

Sting discusses his injuries in the match with Rollins, his future, and how much pain he was in during the interview.

Josh Gross took to Deadspin to write a story about a sketchy drug test result from Vitor Belfort before UFC 152.

This is damning of the UFC, who supposedly sent an accidental email of the test result.

Belfort’s peers have long viewed the Brazilian as a doper. That perception is reinforced by the facts, which include not only the well-known public record, but a previously unreported incident in 2012 in which the UFC mistakenly emailed out results of a Belfort blood test to a group of 29 fighters, managers, and trainers three weeks ahead of his late-notice challenge for Jon Jones’s light-heavyweight title, which took place three years ago this week.

Those results indicated that Belfort had higher than allowable levels of testosterone in his system, and that—at minimum—red flags should have been raised inside the UFC, which became aware of the information as it regrouped from the recent cancellation of UFC 151.

The back and forth about how the test was mistakenly sent out to people who weren’t supposed to receive it is quite comical.

You can take my name off the rumor mill as a Brock Lesnar opponent at WM32. Bullshit reporting.

You can blame Vince McMahon for all of this.

As we wrote about last week, The Undertaker is facing Brock Lesnar at Hell In A Cell. What we didn’t know at the time is that this is now scheduled to be the blow off of the feud, rather than another twist in the feud that would be finished at WrestleMania 32.

During the Brock Lesnar Go To Hell Tour video, it was also announced that Lesnar would be on Stone Cold Steve Austin’s WWE Network podcast.

You can imagine where everyone’s mind went. Stone Cold vs Brock Lesnar at WrestleMania 32! Well, not according to Stone Cold.

I never thought the match would happen because Austin’s been out of the ring for so long and he’s a perfectionist. He’d want it to be the best match of his career. And from an injury perspective, it might not be the best match to have since Brock likes to throw guys around and it wouldn’t be good for Steve to take one of those overhead belly-to-belly suplexes.

We’ll see what they do on the podcast.