We’ve done interviews with both players in the main event; challenger and former champion Jeff Cobb and champion JR Kratos. We also talked to president and sometimes contributor to this website, John LaRocca.

We’ll have live, bell-to-bell coverage of the event.

Truex Vs The Hawaiian Lion

Nick Ruiz was supposed to face Lion, but he’s not here tonight, and Truex is his replacement.

Truex must not shower much. He even went to his trunks to grab himself before delivering a chop. Lion hit the running Rikishi spash in the corner, something he missed early on.

Then he called out for a Brainbuster and finished him.

Frost came out with a cowbell. He must be an illegitimate member of the Funk family.

Lots of power stuff from Frost. Bateman couldn’t move him. Frost hit the Oklahoma Stampede, but Bateman kicked out, hit some kicks and then knee barred him for the win.

This is Hammerstone’s first match in Premier. Drake lost in his championship shot at the last Premier show.

It was rough early on, but turned into a nice little match. Hammerstone is impressive physically. Drake was working the leg and it looked like Hammerstone was going to have issues, but he withstood a Sharpshooter and hit his finisher which was a Torture Rack which he then dropped Drake’s face right onto his knee.

Pedroza looks like he could be a Briscoe brother tonight with his scraggly beard and hair. 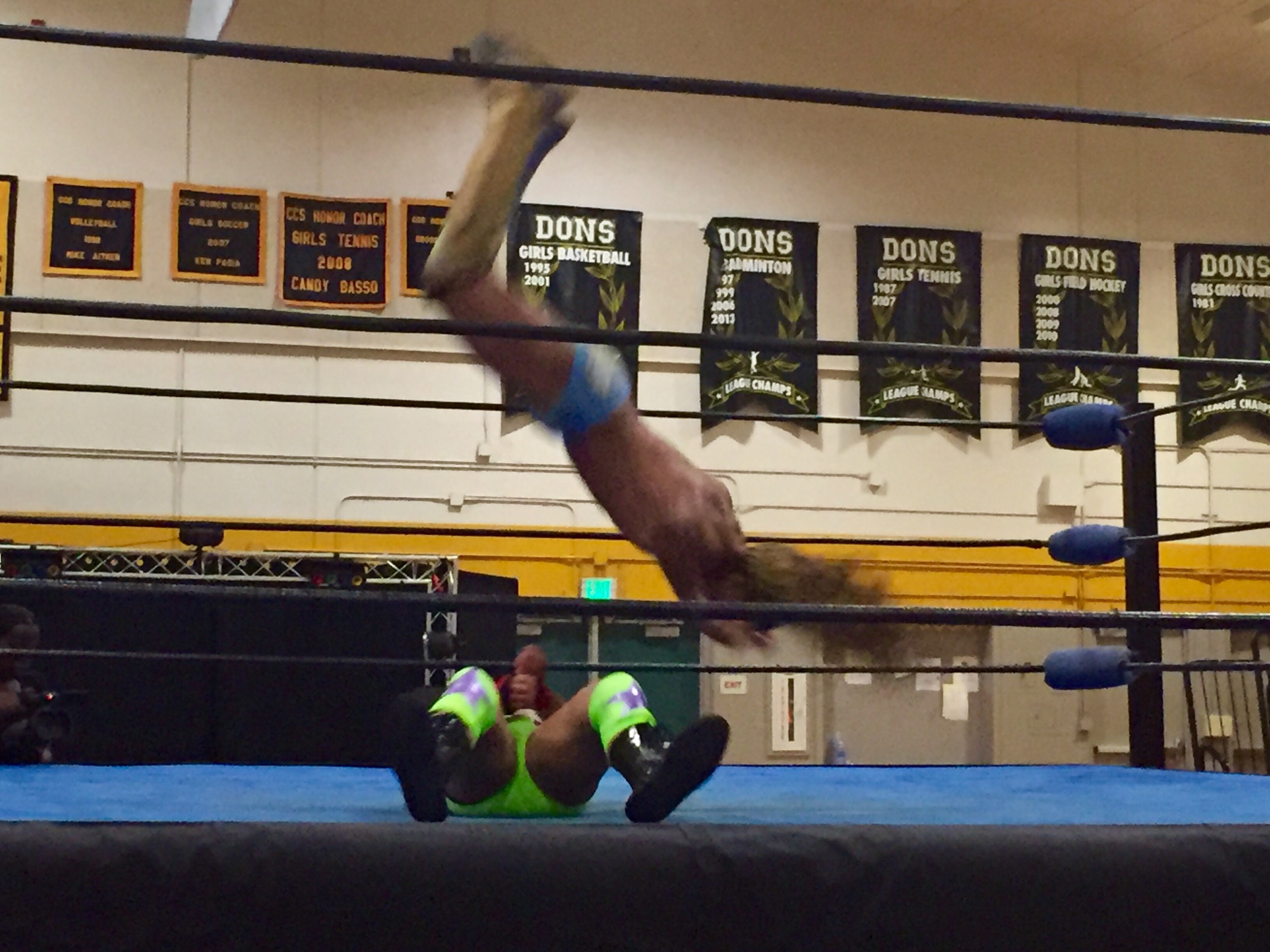 This was the longest match so far. Lewis got the best crowd reaction being that San Jose is his hometown. Lewis growled during his comeback. He was trying to set up the 450 splash the entire match and Pedroza was trying to keep him grounded. After a moonsault, Lewis finally hit the 450 for the win.

These guys are tag team partners and friends.

The story of the match was that Gallo didn’t want to hurt his friend but Vitalli wouldn’t die. He kept telling him to stay down. But Vitalli would have bits of a comeback before Gallo would get the upper hand again.

Finally, Gallo picked up Vitalli like he couldn’t hurt him anymore and decided that he had to finish him and hit him with the powerbomb for the win.

This is their third meeting. Graves has a win and they both drew. Thatcher is the Evolve champion. 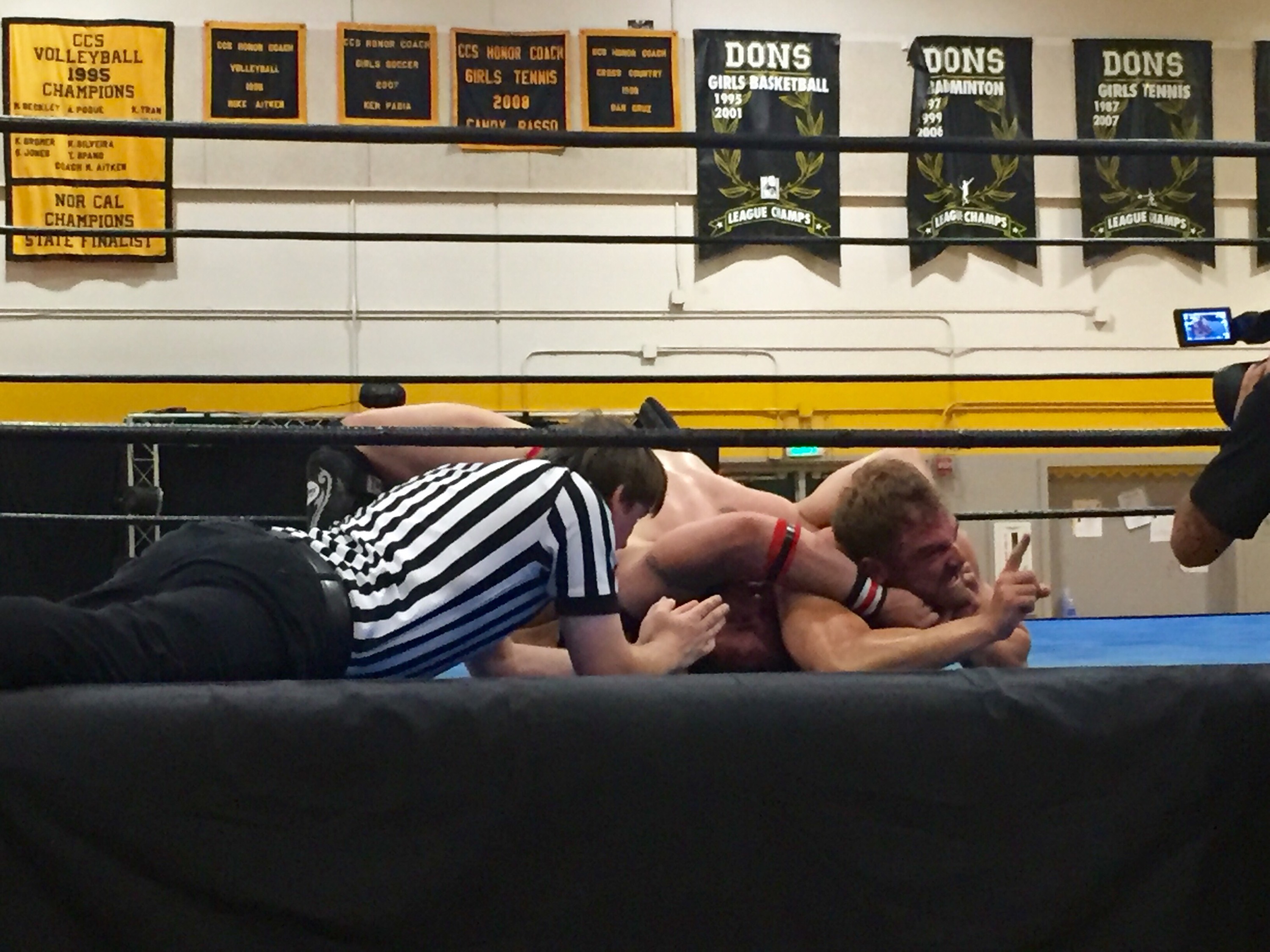 This was another grappling masterpiece. The reversals and transitions were all great. Graves was working for a rear naked, but couldn’t get it. Thatcher had some heel hooks in. Thatcher head butted Graves leading to the finish which was submission by neck crank.

This is the first tag team match in Premier history.

It was a fun match, but they lost their way in the end. RAZE and Nakamura were a good heel team with charisma. RAZE was much better here than when she was last in Premier.

Savoy was getting beaten pillar to post and when she finally made the hot tag, Kahmora came in like a house on fire. She eventually was able to submit Nakamura with a guillotine.

At the next Premier show on November 28, they’re doing a four woman tournament to crown the first Premier women’s champion. 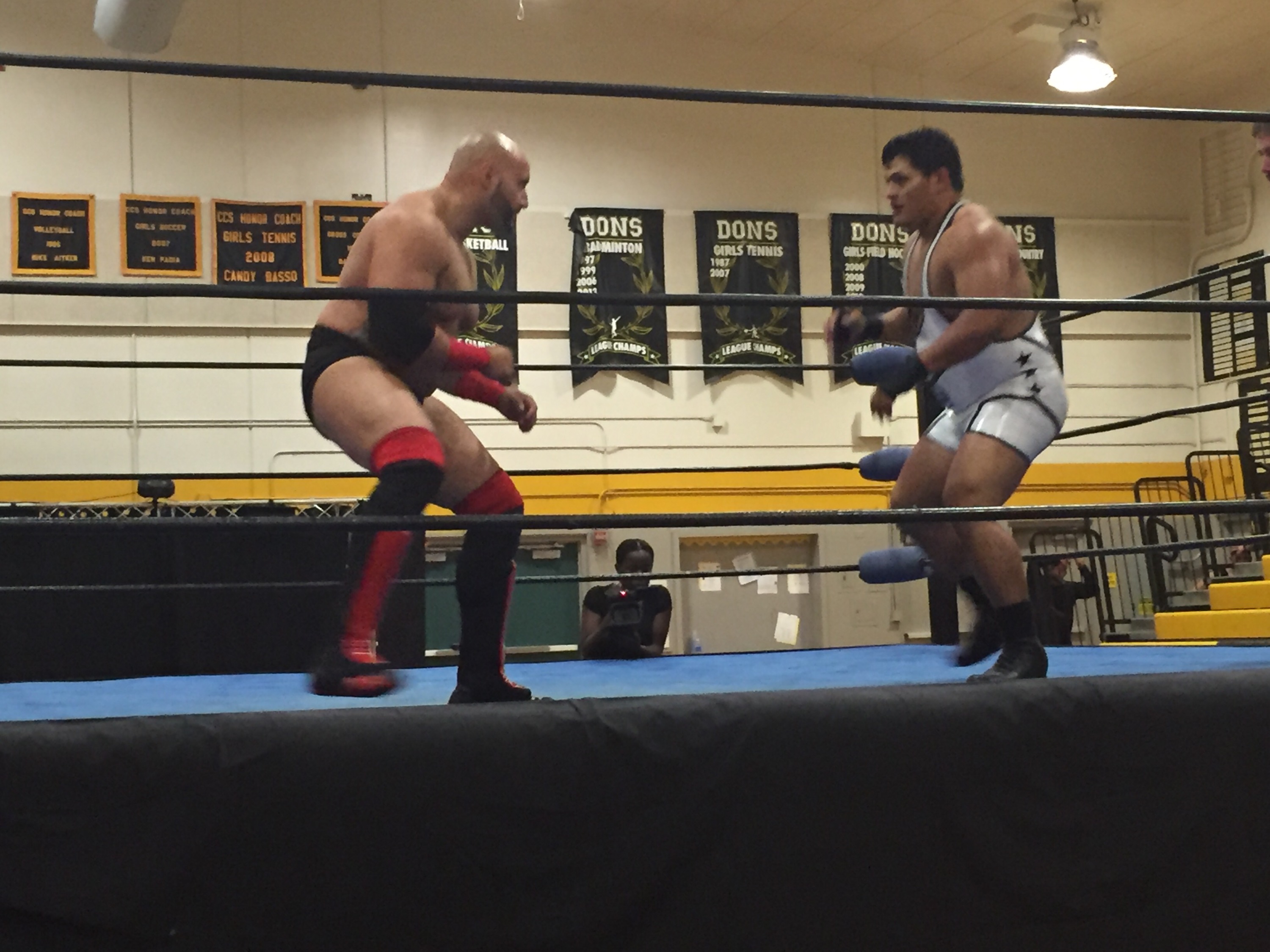 Well, until Kratos hit Cobb with a Randy Orton drop kick. Cobb then gave him one that was just as high.

That was the second best Premier title match I’ve seen. Only Oliver John and Cobb was better.