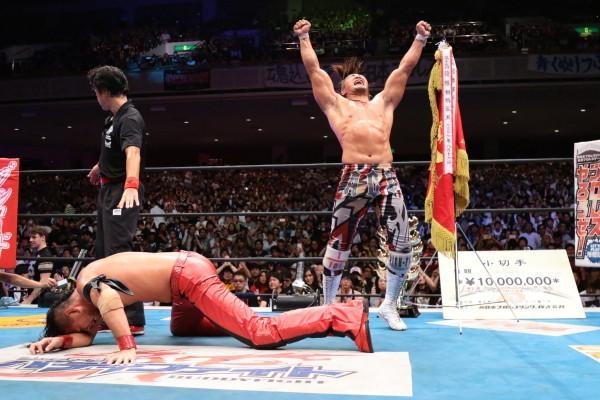 This upcoming weekend is going to be ruled by SummerSlam. And we’re going to have a bit of a SummerSlam throwback theme during the week with reviews of historical SummerSlam shows. First up is SummerSlam 1989.

But that’s this week. Let’s check out all the top stories from last week. These missed the top five.

– The Punk signs with Bellator.

– Bobby Lashley will fight on the November Bellator show.

– Rafael Dos Anjos will face Donald Cerrone on the last UFC show of the year.

– Cain Velasquez gets his rematch.

– Timothy Bradley vs Brandon Rios is now a no-go.

– Lucian Bute wins after being off for 19 months.

– Maybe Freddie Roach can get young Morrison into a future Rocky movie as well.

– Triple G is a hot commodity.

5. Will The Rock show up at SummerSlam?

In an interview recently, Roman Reigns answered something about the Rock possibly coming back for SummerSlam with the very leadingly vague, “I wanna tell you, but I don’t want to give anything away.”

It would make a lot of sense for the Rock to show up at SummerSlam for a few reasons.
– If he’s wrestling Triple H and WrestleMania, this is a good show to remind everyone that they’re wrestling at WrestleMania.
– WWE wants SummerSlam to be the summer version of WrestleMania and their number two show of the year. Rock being on it makes it more important.
– They have four hours slotted for the show, so a 15 minute promo by the Rock to break up the show would be welcome.

4. Anderson Silva’s showing at the NAC is a joke.

Anderson Silva failed two drug tests for PEDs before his fight with Nick Diaz earlier this year. Rather than man up to it and take his suspension and fine, he of course fought the issue. But instead of saying that he took a tainted supplement, instead his defense was that he took something for sexual performance, that caused him to test positive for drostanolone.

The entire thing is a farce and guys who force the commission to have to hear this nonsense should get a secondary fine on top of whatever their fine already is. And Anderson, you even hear of Viagra?

3. Cotto vs Canelo has been signed for a catchweight fight.

The oft-rumored fight which was said to be a done deal a month ago, finally saw the I’s dotted and the T’s crossed. The fight will take place at Mandalay Bay on November 21.

It won’t be at 160 pounds, but at 155 pounds. Both guys have weighed right around that weight in recent fights, and it’s probably their best weight at this point.

The question might no longer be if Cotto/Canelo does more PPV business than Mayweather/Berto, but it might be, by how much does it beat that fight by? 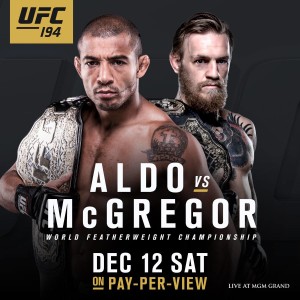 After all of the talk last week of a big stadium show at Cowboys Stadium, the UFC did what I think many expected them to and booked the MGM Grand for the big featherweight championship fight between Jose Aldo and Conor McGregor.

The fight is now booked for December 12th and has a middleweight title fight between Chris Weidman and Luke Rockhold as its second. That will be a huge night for the UFC.

It also means that Ronda Rousey’s title defense against Miesha Tate (we think) is more than likely pushed to the beginning of 2016.

In a bit of a surprise to some, Hiroshi Tanahashi outlasted them all and was the winner of the G1 after beating Shinsuke Nakamura in a great match.

The weekend shows were full of great matches. I think I enjoyed Tanahashi vs Styles from Friday night the most just based on how great they were both at selling, which created incredible drama. Kazuchika Okada and Nakamura had a great one as well on Saturday night, which ended via submission and was a very different type of match from Tanahashi/Styles. Also on that show, Michael Elgin and Tomohiro Ishii had a brutally stiff battle. I think I see Elgin through a different tint now.

I leave you with some great GIFs from SenorLarioto.