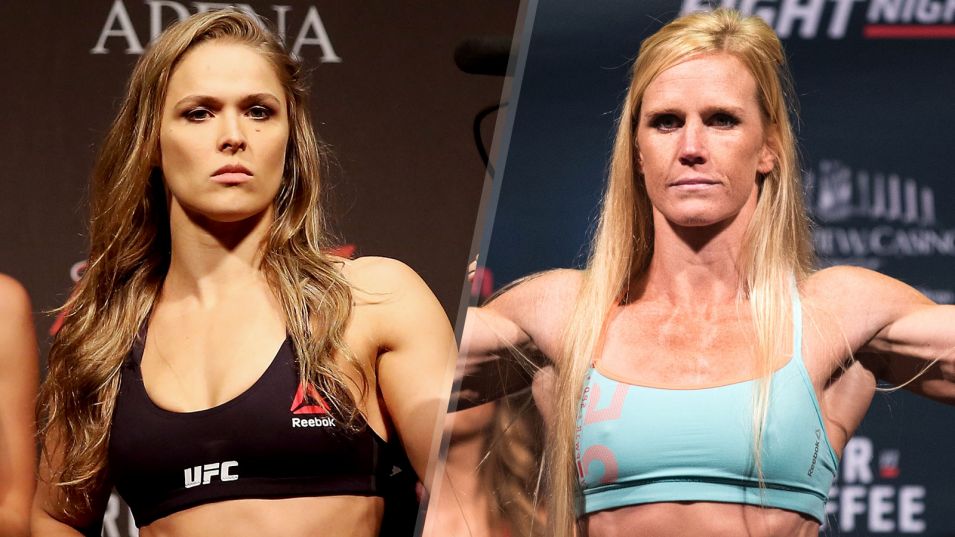 Just call her the queen of the quick turnarounds.

Nearly two years ago at UFC 168, Rousey defended her bantamweight title against Miesha Tate in late December. After winning that fight, it was announced at the post-fight press conference that she would face Sara McMann at UFC 170, which was less than a two month turnaround.

This time, she’ll have a little over three months to prepare for Holly Holm.

The fight was originally scheduled for UFC 195, which was going to be the first show of 2016. But because of a thumb injury to Robbie Lawler, the main event for UFC 193 (his scheduled title defense against Carlos Condit) had to be scrapped (and one wonders if it will changed). Now, the Ronda Rousey show will make its way to Melbourne, Australia.

Dana White made the announcement on ESPN late Saturday. There may be a secondary reason for moving Ronda’s fight to Australia. He mentioned that he thought Rousey vs Holm would now break the all-time attendance record for a MMA event at Etihad Stadium, which can hold 70,000 or so people. Even with Lawler and Condit headlining, they had a chance to break the record. But now with Rousey, Dana seems more confident in that goal.

In trying to find what record they’re trying to break, I came up with Pride’s 2002 Shockwave event as the current record holder with 71,000 (though I’m not sure if that’s a real number or not).

What’s also quite interesting about this is that Dana White used Cowboys Stadium as a bargaining chip to help get his year-end (McGregor/Aldo) and January dates (original date for Rousey/Holm) with the MGM in Las Vegas. There was an opportunity to break the all-time MMA attendance record there, but in this case, it seems that opening a new market and breaking that record is far more important to them than trying to do that in the US.

(By the way, there goes my dream of an all-women’s event.)