Next weekend, I’ll be in Las Vegas for the yearly F4W Convention. I’ll also be live for UFC 189, which has taken a hit main event-wise. I’m not too bothered as a fan because Conor McGregor and Chad Mendes will still be good, but it does suck entirely that Jose Aldo isn’t going to be a part of that show. We’ll get to that more below.

(Also, I’ll probably not be able to write this same column next weekend. I may do something more Vegas inspired instead on Monday or Tuesday.)

– If you don’t speak Japanese, I’m not sure you can completely understand this video, but the G1 is coming. 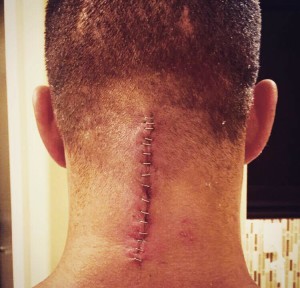 – Tyson Kidd is going to be out a while after having neck surgery and his wife Nattie will be with him and working a looser WWE schedule.

– NXT is coming to Brooklyn for SummerSlam weekend and WWE will have shows at the Barclays on Saturday night (NXT live special), Sunday night (SummerSlam), and Monday night (Raw).

– Jon Jones is training and being positive.

– Floyd Mayweather made a lot of money.

– Lomachenko may be moving on after Walters missed weight.

5. Miguel Cotto and Canelo Alvarez will fight at a 155 pound catchweight.

While the date hasn’t been set in stone quite yet, one thing that is certain is that the super fight between Miguel Cotto and Canelo Alvarez will be fought at 155. The date looks to be either November 7 or November 21 and probably in Las Vegas.

WWE invaded Sumo Hall on 4th of July and produced a two hour show for the WWE Network featuring Brock Lesnar’s first WWE match since WrestleMania 31 as well as a well-built NXT title match between Kevin Owens and Finn Balor.

The show was a fun and quick two hours. Chris Jericho and Neville had a great opener. Lesnar destroyed Kofi Kingston. And Finn Balor won the NXT title in a strong match with Owens.

They have been rightfully hammered for such a bland and error-filled Reebok campaign. You can see the worst of the errors on What Culture.

I think the main reason NBA, MLB, and NFL jerseys sell is because of either the favorite player on the hometown team element, or simply the favorite player in the league element. The NBA has 30 teams and each team has a home, away, and a handful of retro or alternate jerseys to choose from. My kids each have two or three jerseys of their favorite player and each jersey is unique.

How are these UFC jerseys unique at all? And they don’t actually fight in the jerseys, so that will take away from the aspect that you’re wearing what the pros are wearing.

I think the UFC should’ve continued going down the t-shirt route like WWE does. Market a unique t-shirt design for every fighter in the organization and have multiple cool designs for the most popular ones. I don’t know any single person who is going to pay nearly $100 for what is essentially a soccer jersey with a UFC fighter’s name on it.

I haven’t yet seen the match, but from everything I’ve heard, it was a fantastic match. I’m going to guess that Dave Meltzer gives it ****3/4 stars.

Kushida won the IWGP Jr. title and Goto defended his IC strap by pinning Nakamura. You can read the rest of the results.

We wrote about it when it happened. But if that was the result, then why was Dana White so adamant that Aldo was going to take the fight.

Remember when he posted the smilie face and a link to this story on Twitter? He had to have thought Aldo was definitely fighting. And when it came out that he wasn’t, White was very upset.

There’s probably something to the rumors of the UFC making it worth Aldo’s while to take the fight, even with broken ribs. Frank Shamrock was in a similar situation years ago in a fight with Nick Diaz and didn’t drop out. But I think there was one major difference.

Aldo has trouble making weight when he can train. When he can’t train? There’s probably no chance in hell that he could make the weight. And secondly, because of all the trash talk and disdain, he doesn’t want to lose to Conor McGregor while he’s hurt.

Chad Mendes has a great chance to beat McGregor and if he had a full camp, he’d probably be favored by a fair margin. But with just a couple weeks to train, I do think he has to get Conor out of there early to win the fight.