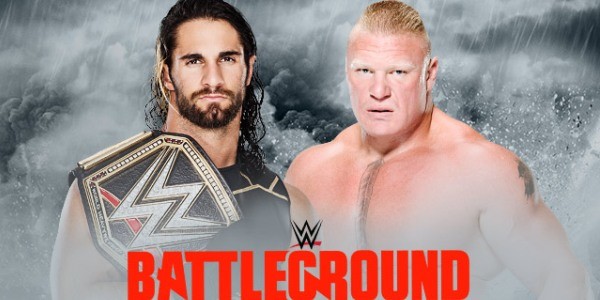 The story of this card is seemingly about what happens in the main event. It would seem too early for Brock Lesnar to win the title back, but if it’s just normal Authority BS, I think it would hurt wherever they’re going.

With the Undertaker and Sting rumored to be coming in for SummerSlam, maybe something arises there? Also, with only five main card matches scheduled, there is time for either longer matches, or impromptu matches. One of those should be with Neville. There’s no way that he shouldn’t be on a Network special card.

We’ll be back for the show.

These dudes are beating each other up. Good opener and hard hitting. Orton kicked out of the White Noise. Orton hit a sweet superplex and then set him up for the DDT off the middle rope. He set him up for the RKO and milked the crowd for it. Sheamus rolled him up for two and then hit the big boot. Orton fought him by hanging onto the bottom rope, but Sheamus eventually sunk in the clover leaf. Nice struggle to break out of the move. Sheamus came over to pick him back up and ate the RKO.

I really enjoyed that one. Then again, I enjoy most Randy Orton matches.

Stephanie announced that there would be a triple threat match between each Diva team that was created on Monday. I’m hoping for Charlotte vs Sasha vs Nikki.

Too many missed spots for it to be good, but it was entertaining. Titus looked great getting the hot tag. The match was set up for him to get over and he did a good job, outside of missing a ridiculous spot. He won with the sitdown powerbomb.

Paige, Charlotte, and Becky talked about rebuilding the divas division.

The match is hard hitting like the opener, but much slower. Lots of selling from Reigns. The crowd isn’t all that hot for it. And their especially not hot for Reigns.

Wyatt had Reigns in a side headlock for a lot of time, which was to build up for Reigns comeback. But the was a bit clunky. He went for his drop kick on the outside over the draped bottom rope and Bray clotheslined him. That was great.

The match picked up near the end. Reigns hit the Superman punch for two. He set up the spear, ate a kick, set it up again, and ate a clothesline for a two count. They went outside and Luke Harper in disguise attacked Reigns. Wyatt slammed Reigns’ back on the corner of the apron and then hit the Sister Abigail for the win.

Nikki teased that she would be in the match and then came out. When it was a threeway, it wasn’t very good. Brie’s not as smooth as the other two. But when it was one-on-one between Charlotte and Sasha, it was okay. Brie was drop kicked on the apron and was supposed to be caught, but wasn’t very well. Then Sasha dove through the ropes and Charlotte followed up by launching herself over the top on the remaining divas.

Sasha had Charlotte in the Bank Statement, but Brie broke it up. Soon enough, Brie was tapping in the Figure Eight.

This wasn’t as good as the second one, but it was still a very good match. The style of the match was very similar to the other two matches between the two. They did all the same moves, including kicking out of each other’s finishes. Both guys were put over as guys who would never allow themselves to be pinned.

Cena hit the Super AA from the second rope and Owens kicked out. Cena was perplexed. He then put him in the STF and Owens finally tapped.

The Miz came out simply to settle the crowd down and Big Show then knocked him out.

The match was a setup for the Undertaker to interfere and give Brock a chokeslam and two tombstones.

Brock gave Seth Rollins 13 suplexes during the match. Seth had a few sequences of offense, kicking Lesnar in the legs. But he didn’t do much and when Taker came out, he was ghost.