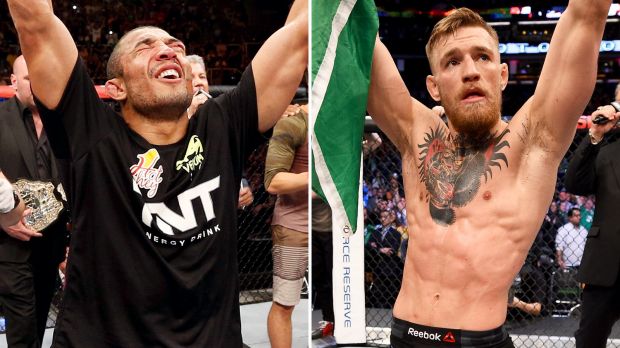 There weren’t many big events that happened this weekend, but the news never stops, including the unfortunate passing of the Nature Boy Buddy Landel. Dave Meltzer has a great write-up of his career in the latest edition of the Wrestling Observer (membership required).

– Tough Enough debuted on Monday and let’s just say that it wasn’t a fantastic debut.

– The Rock made a surprise appearance in Boston at a house show over the weekend. He goes toe-to-toe with Bo Dallas.

– Bruno Sammartino had back surgery recently.

– The NWA is launching an online video library network with the Houston tapes.

– Jamie Noble’s ribs were broken by Brock Lesnar at Raw.

I would like to thank WWE staff and all the fans for nice messages. I have 3 broke ribs. Couldn't breathe at first.

– ROH announced the return of Shinsuke Nakamura, Kazuchika Okada, and Kushida will return in August.

– Bellator 138 does the best TV rating in Bellator history.

– Oscar De La Hoya continues to flip flop on a possible decision to make a comeback. He’s tossed out Floyd Mayweather and GGG’s name as possible opponents. Is this simply to counter Al Haymon?

– Not wanting to wait for HBO dates, Bob Arum looks to put together a September PPV with Roman Gonzalez.

– HBO boxing put together a fantastic four minute video to celebrate their 1,000th fight broadcast (which we’ll get to in a bit).

Yoel Romero earned the biggest win of his MMA career, by knocking out Lyoto Machida in the 3rd round of their fight in Hollywood, Florida on Saturday. After the fight, he cut a promo that was hard to understand, but which many took as a stance against gay marriage. His beliefs are his beliefs, but what’s most odd about the idea to discuss whatever it was that he wanted to discuss is that he’s a legitimate contender at 185 and after the biggest win of his career, his mic time should’ve been about getting himself over with the crowd or calling out whoever he wanted next. It wasn’t the time to discuss politics or religion.

Timothy Bradley faced Jessie Vargas in HBO’s 1000th fight. The very first fight pitted George Foreman against Smokin’ Joe Frazier in 1973. Bradley controlled the fight for nearly its entirety. But there was some controversy at the end of it as referee Pat Russell stopped the fight 10 seconds early, thinking the clapper was actually the bell. The problem was that Vargas had rocked Bradley and was pouring it on, hoping to stop Bradley in a fight that Bradley was clearly winning. The ill-timed stoppage allowed Bradley to hang on for the last ten seconds and secure his unanimous decision victory.

Check out the highlights below.

This is a doozy.

Maybe the most interesting news of all is the fact that Jeff Jarrett returned to TNA, showing up at the tapings (which were held before their Sunday Slammiversary PPV by the way). He was inducted into their Hall of Fame. It led to him winning the King Of The Mountain match (and new KOTM title) on the PPV. He said he was taking his new strap to Global Force Wrestling.

During the mid-week tapings, EC3 beat Kurt Angle for the TNA strap, but on the PPV, he had to win a match in order to get the title shot. Yep, TNA is doing tapings like this in 2015.

Also noteworthy is the talent who is no longer going to be with the company.

Kurt Angle is taking time off to have surgery to remove a benign tumor that was causing atrophy.

Thanks to all of you for your support! I am humbled by all of your kind words. Be back real soon. Much Love!! https://t.co/uh72UN9Ceo

2. The UFC is shut out of New York again.

Once again, the UFC wasn’t able to get the bill passed to legalize MMA in New York. The UFC had seemed the most optimistic this time around, booking Madison Square Garden for a December show. Much like before, the bill cleared the Senate, but wouldn’t have passed the New York State Assembly.

The corruption in NY politics is DISGUSTING!!!!

On Tuesday, it was reported that Jose Aldo hurt his ribs in training and the MMA world went into a tizzy. The next day, Dana White tweeted a smilie face and the UFC sent out an update that Aldo’s ribs weren’t broken. Instead it was a bone bruise and bruised cartilage. Later in the week, Aldo’s coach said that the Brazilian doctor believes the ribs are broken while American doctor believes them to be bruised.

As of the last we’ve heard, the fight is still on until Aldo pulls out. And if he does, Chad Mendes will replace him and the fight with Conor McGregor will be for the interim championship. I’m sure we’ll hear much more this week.