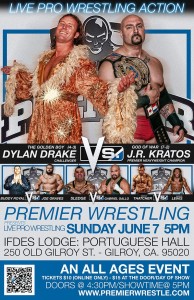 – My personal favorite indy, Premier, out of northern California, has a show this upcoming weekend in Gilroy, CA at the IFDES Lodge. Dylan Drake is challenging JR Kratos for the Premier title. You may remember Drake as the “camera man” Brock Lesnar F5’d on the Raw after WrestleMania.

The title match was either going to Drake or former champion, Jeff Cobb, but Drake got the call in this one. If you’re in the northern California area and would like to go, you can buy tickets online.

– Congrats to The Rock as San Andreas did over $50 million at the box office on its way to number one.

– Rusev hurt his ankle at the Smackdown tapings and he might be out for a couple months.

– NXT is coming to Sacramento in October as part of the Aftershock festival.

– With his WWE/NXT contract more like that of a true independent contractor’s, Samoa Joe is headed back to ROH in June to tag with AJ Styles against Christopher Daniels and Frankie Kazarian.

– Our pal Jason Hagholm did a podcast with Moose.

– The Ronda Rousey press train keeps on trucking. Rolling Stone did an interview with her and Ronda didn’t hold anything back.

Tickets go on sale today to the general public for my fight on July 18th #UFCGlasgow buy yours at http://t.co/UIWD5pCkZQ @ufc @UFC @UFC_UK

– On Saturday in London, Kell Brook and Anthony Joshua made quick work of their opponents. 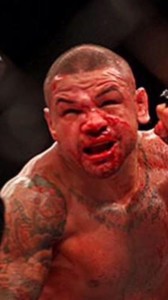 Carlos Condit successfully made his comeback from knee injury by beating Thiago Alves on UFC’s weekend card from Brazil. As you can see, Alves’ face was quite a mess and the fight had to be stopped before the third round.

It was an unspectacular performance, but Khan beat Algieri by unanimous decision and hopes that Floyd Mayweather will come calling in September. It’s a fight Khan has been chasing for a while now. Will he finally get Mayweather? Or will Mayweather decide Khan isn’t the right one again, like he’s done in the past?

Also, Chris Algieri should list gate keeper on his resume. Anyone need a stepping stone? He’s your guy.

3. Brock Lesner is returning sooner than we thought.

You can thank low ratings for why Brock Lesnar is scheduled to return to WWE programming later this month. Will he be returning to face Seth Rollins since that’s what they built before he left? He is owed his return match.

That’s not all for Lesnar. He’s scheduled to work a house show in Japan on July 4, the same show that Chris Jericho is facing off against Finn Balor. Supposedly, Lesnar is facing Kofi Kingston, which is kind of weird. According to Dave Meltzer on his radio show, Lesnar’s primary order of business is going out there to see Masa Saito who isn’t doing all that well.

2. ROH is starting on Destination America this week. 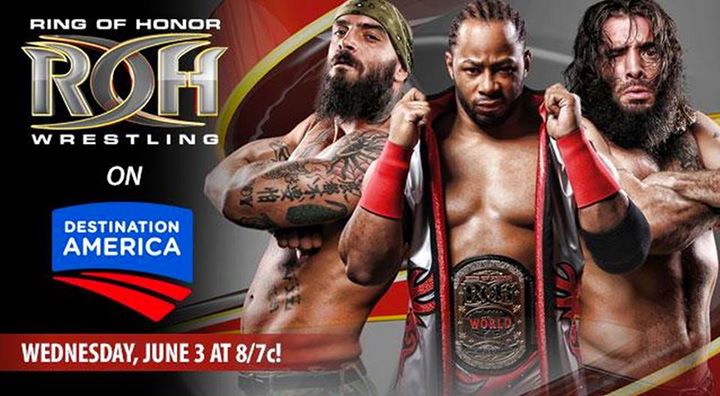 The show starts on June 3 and it’s the lead-in to Impact. Now I have to figure out if I have the channel.

I think most thought that Owens had to beat Cena, especially since it wasn’t for John Cena’s US strap. But I’m not sure many thought that he’d beat him clean like he did. It was one of those rare great matches where to Owens, this was like WrestleMania. He wanted to put on a performance that would put him on the map and it seems like that’s exactly what they did. Cena was great all the way through even until the end, when he quickly got out of the ring so that Owens could be in the ring by himself.

They’re going to rematch at Money In The Bank. Will Cena treat the loss like he usually does, where it’s no big deal? Or will he really be upset that he lost? His reaction on Raw tonight will be interesting.

Also at Elimination Chamber, Dean Ambrose beat Seth Rollins for the strap, but in a Dusty finish, Rollins was awarded the belt back because he lost on disqualification. However, Ambrose simply decided to not give the belt back. I’m sure shenanigans will ensue on Raw.