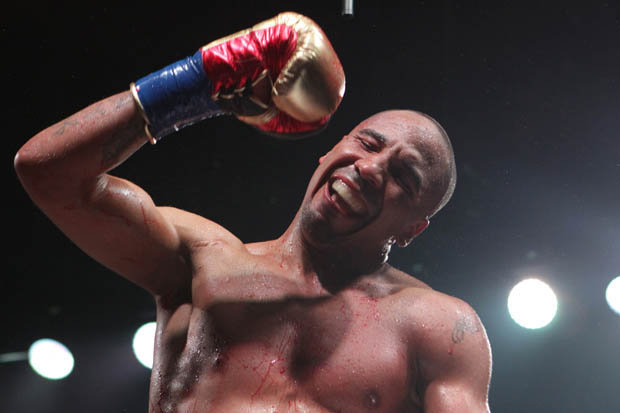 ROH, Bellator, and UFC all had shows this weekend. And there were several boxing shows as well. While it wasn’t a huge weekend from a news perspective, there was still a ton of stuff going on. 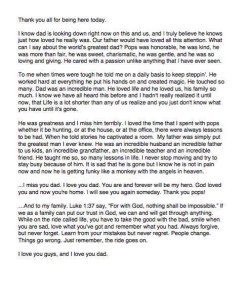 – Gunner tweeted out that he’s done with TNA.

– The newest season of Tough Enough debuts on Tuesday. WWE has already hired Mike Hayes, according to F4WOnline. John Cena is also expected to be on the Today Show discussing Tough Enough.

– You can read Dustin Rhodes’ eulogy to his father on the right.

– Visa issues are forcing some changes for upcoming UFC cards.

– Dana White and Matt Serra are filming a pilot to a reality show. Just know that Serra will discuss his calves.

– Gilbert Melendez has a quick turnaround for his next fight; a battle with Al Iaquinta in three weeks per Josh Nason.

– David Lemieux dropped Hassan N’dam four times and eked out a decision. Duan thinks that could be the next fight for GGG.

Lemieux impressed me yesterday. N'Dam can fight. If they want to do Golovkin vs Lemieux next, I'm good with that #LemieuxNDam

Some people may believe the fight to be a work, like our own Alex Goff whose argument is that Ken Shamrock has far too much submission experience to lose an undefended choke like he did, in the way he did. Others like myself, saw two old guys who were prone to make mistakes in a bad fight.

Whatever it was, it was the main event of a very fun show. You can read all of the results and play by play elsewhere on the website.

Scott Coker and company also announced what looks to be another fun card for September in San Jose. It will feature MMA fights inside the Bellator cage as well as kickboxing matches inside a ring via Glory. The main event will be a War Games-type match with MMA fighters vs kickboxers. Okay, that’s not really happening.

Tito Ortiz is facing light heavyweight champion Liam McGeary. And there is also a four-man/one-night tournament to determine the number one contender in the division featuring Emanuel Newton, King Mo, Linton Vassell, and Phil Davis.

I think you simply need to watch this.

During Saturday night’s PBC on NBC main event, Shawn Porter out-pointed Adrien Broner to win a clear unanimous decision victory, even though Broner put him down in the final round. After the fight, there were whispers about Broner, with the thinking that someone as talented as he is shouldn’t lose to Porter. However, there were others who thought that maybe we’ve been wrong with Broner all along. Scott Christ writes that maybe Broner is simply not as good as we thought.

2. Jay Lethal is a double champion.

In the main event of ROH’s Best In The World Friday night PPV, Jay Lethal beat Jay Briscoe with the Jay Driller followed up by the Lethal Injection. The match built very well and by the end was really good. But more than the match, I think what I’ll remember most is the moment of Lethal inside the ring, on his knees, soaking up the moment. It’s one of my favorite pro wrestling moments of the year.

ROH TV champion Jay Lethal became a double champ at Best In The World on June 19 when he dropped Jay Briscoe . . . pic.twitter.com/3afV7iuwkj

We have the full results and play by play of the event. I think Roderick Strong had the performance of the night.

1. Andre Ward is back

While it wasn’t the most highly touted event of the day, Andre Ward was still the best fighter in any ring over the weekend. He easily beat Paul Smith, finally putting the finishing touches on him in the 9th round as Smith’s corner threw in the towel. Ward looked just as good as he usually does, though, this fight was definitely a safe one.

It was also on BET, which isn’t necessarily a network associated with boxing. It was Ward’s first fight under the Roc Nation Sports banner. Match-making with Ward will be interesting because the best fights for him are either at a weight class above or below him.