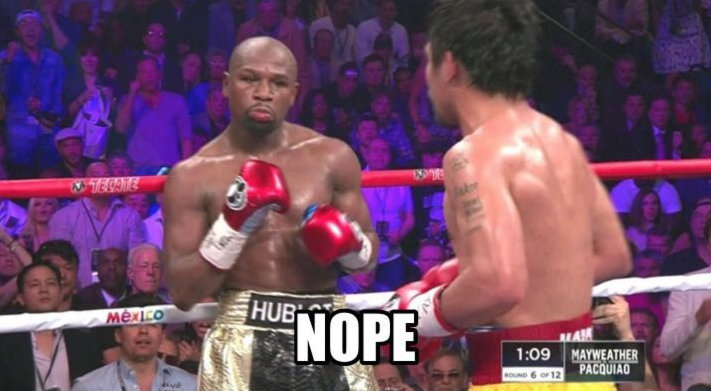 Everyone knows about the big fight that happened. But what else happened this week?

– Jeff Hardy tears up his knee in a dirt back accident. What’s weird is that Dixie Carter tweeted out the video.

– This is one of the wackiest oral histories you’ll ever read. It’s the 20th anniversary of pro wrestling’s jaunt into North Korea where Antonio Inoki faced Ric Flair.

– ESPN is covering the Performance Center on E:60 tomorrow.

– WWE had maybe their most lauded week since the early days of the WWE Network last year. They premiered the new Jerry Springer series (which is skippable), Mick Foley’s Cheap Pops special (which I haven’t seen but will watch this week), and featured another live podcast with Chris Jericho, this time featuring Stephanie McMahon.

I did get to see Jericho’s interview with McMahon and I was quite surprised how interesting it was. I threw it on my iPhone as I was getting ready for bed and found myself watching the entire thing. McMahon came off refreshingly normal and charming. She wasn’t robotic and didn’t come off as Vince McMahon Jr. And she also talked a lot about her childhood and her brother Shane, which was nice to hear. You won’t learn anything, but you will be entertained.

– Khabib Nurmagomedov is off UFC 187 with a knee injury. His surgery was deemed a success and John Makdessi will take his spot against Donald Cerrone.

– Michelle Waterson (aka the Karate Hottie) signs with the UFC and will fight in the strawweight division, up ten pounds from her Invicta division.

– The UFC Berlin show has had some changes, including in the main event.

– Golden Boy is preparing a lawsuit against Al Haymon, according to Chris Mannix.

And now onto the Top Five.

You can read more details about the quarterly numbers on The Inquisitr. 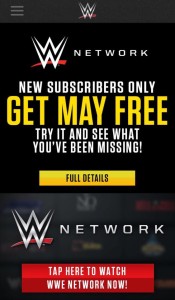 They’re still not as profitable as before they went the WWE Network route, but that will take time as they build on their subscriber base.

They are also offering a free May for new subscribers so it’s possible they’re doing what other over-the-top systems are doing with free months, but just advertising it harder.

4. Wade Barrett is the King Of The Ring.

It was an odd way to run a King Of The Ring tournament which used to be heavily promoted on WWE TV and then paid off on a big show. Instead, this was an unadvertised (except for a random reference on the Extreme Rules PPV) tournament held over two days in which Wade Barrett won.

You can read about the semi-finals and finals as we blogged about it.

Does this mean a renewed push for Barrett, or just another reason he loses more and more matches?

We talked about Jon Jones’ legal troubles last week, but this week, the UFC finally punished him. In the past, they’ve treated him with kid gloves and let him off without any real punishment for his other troubles.

They’ve stripped him of his title and now, Daniel Cormier will face Anthony “Rumble” Johnson in the main event of UFC 187. You can read about the rest of the card.

On Monday night, I saw a tweet from Mean Gene Okerlund that was being shared around Twitter. He said that he heard Verne Gagne passed away.

Dave Meltzer did a partial bio on Verne in the latest issue of the Wrestling Observer (subscribers only), and while it was short, it was excellent. He’s scheduled to have more in the upcoming weeks and it will be must-read.

WWE put up this short video as well.

Of course this was the top story of the week.

As is always the story with boxing, there were stories leading up to the fight that put a bad light on what was the most lucrative fight in boxing history.

Reporter Rachel Nichols and ESPN host Michelle Beadle were both barred from covering the event.

No fight for me or @MichelleDBeadle. Mayweather's team told my producer the camp was blocking my credential. https://t.co/JTjjXadPp8

You can put two and two together to figure this one out. Nichols and Beadle have been two of the loudest critics of Mayweather’s concerning his issues with domestic violence. Mayweather’s camp allegedly banned both from the fight and when HBO finally got the situation straight, both were already gone and decided not to come back. It was truly a cowardice move on Mayweather Promotions’ part.

And then the fight happened. Even though Big Floyd was yelling at his son to do something, Little Floyd seemed to be in full control. We never got to see a semblance of the Manny Pacquiao we were hoping to see thanks to Mayweather’s tremendous footwork. 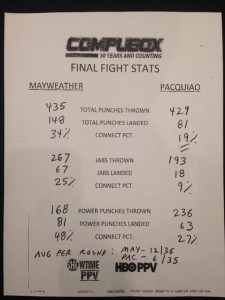 Watching the fight, you wondered if certain punches landed from Pacquiao because of the loud cheers from the fans, but watching closely, you noticed that they didn’t. In round four, Pacquiao did hit Mayweather stiff once and it looked like Floyd’s legs buckled a bit, but that was the only real danger Mayweather was in.

From about round 7 and on, Pacquiao was taking less chances as Mayweather was starting to pop that right hand more often. Most of Mayweather’s pundits take this to mean that Floyd was running from Pacquiao, but it was actually the opposite. The only chance Pacquiao had was to press Mayweather into uncomfortable positions. But he stopped doing it because he didn’t want to get hit any longer. The real reason for Mayweather’s breazy last half of the fight is simply because of Pacquiao’s lack of desire to engage any longer. Then again, that’s how most Mayweather fights end.

And it wouldn’t be boxing without an aftermath of stories including that Pacquiao hurt his shoulder in training camp and that Mayweather would give up his belts, but fight once more in September before retiring.

Will Floyd really retire in September? If there was a littany of opponents for him to make money with, I’d probably suggest not. But outside of Keith Thurman, whose name has not yet been made, I’m not sure who else is out there? Danny Garcia? Amir Khan? Pacquiao again? Canelo again?

There’s no perfect opponent for Mayweather in September, which means there may not be one next year either. I do find it hard to believe that he’d retire before he got to 50 wins.