– The Rock might be one of the best friends of all-time.

– To honor David Letterman’s retirement, we posted the segment with Jerry Lawler and Andy Kaufman.

– Moose signs a new deal with ROH. I thought he’d be on WWE’s radar and he eventually will be, but he’s back in ROH.

– The new season of Total Divas is being moved to Tuesday.

– Mick Foley shared a great post on Facebook about Owen Hart, who has now been gone 16 years.

– Jessica Aguilar is leaving World Series of Fighting and could be headed to the UFC.

– BJ Penn, Bas Rutten, Jeff Blatnick, and the Matt Hughes vs Frank Trigg fight from 2005 are all going to be honored in the newly revamped UFC Hall Of Fame this summer.

– Dana White sets a lofty guarantee of 2 million PPV buys for Ronda Rousey vs Cyborg. Maybe if it’s on UFC 200.

– Duan and I recorded our second Fabulous Four podcast on Leonard Vs Duran II – No Mas. We took quite the look back at the fight. The next podcast will be on Leonard vs Hearns I.

During the main event of NXT’s latest special Wednesday night Takeover show, Samoa Joe (as Samoa Joe) came out to save Sami Zayn and go face-to-face with Kevin Owens. It was a nice way to cap off the latest NXT show which wasn’t up to par from a wrestling perspective as their last few shows, but was still a quality wrestling show. 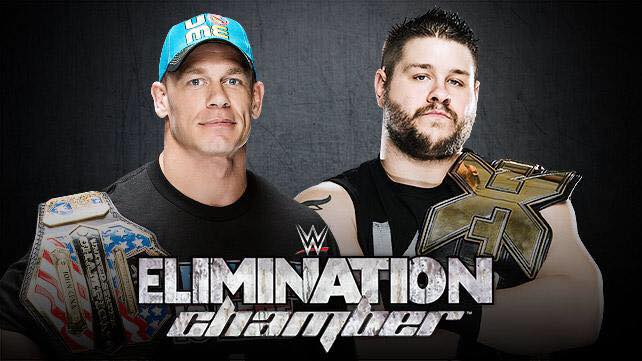 Speaking of Kevin Owens, he showed up on Raw as a surprise, accepting John Cena’s open challenge. He more than held his own in the segment and powerbombed him and left him laying.

It sets up a match between the two at Elimination Chamber which is probably the single most anticipated match on the show.

Owens’ wife posted a video of their son reacting to his dad facing John Cena on television.

It sure didn’t last long. Belfort made it interesting for a few seconds after an overly aggressive Weidman fell out of position, allowing Belfort to land some big punches, but it simply made Weidman mad. He took Belfort down and seemed to feel some satisfaction at punching Belfort right in the face many, many times.

The main card was really good with only one fight going the distance. Cerrone won his fight with a second round stoppage and surprisingly, Andrei Arlovski knocked out Travis Browne in the first in a very entertaining fight.

The fallout of this is the most comedic story of the week. Dave Meltzer reported that Discovery America would cancel TNA Impact by the early fall.

TNA hardcore fans (yes, even though their audience is depleted, there are some hardcore fans) lost their minds and ironically proved every pro wrestling stereotype by how they acted. Rather than read Meltzer’s story and understand the business aspects all around, they decreed Meltzer a liar, a tabloid journalist, and someone who has always had it in for TNA.

The fact that the story of something that’s not good for the wrestling business was overshadowed by marks is nothing new. There’s a reason why they are marks. I hope that TNA is able to bounce back from this, and really, Destination America wasn’t the right place for them anyway.

Meltzer did go into greatness mode on Twitter, shooting down the goofballs left and right, such as this one.

@BXBNICK If you mean all the remarks about best issue of the year, I guess I dropped the ball upwards.

Daniel Cormier withstood getting rocked with a tremendous overhand right and nearly lost his light heavyweight championship fight in the first minutes of the fight. But he withstood that and punished Anthony Johnson with his wrestling and grappling to make him tapout in the 3rd round with a rear naked choke.

He then cut an amazing promo on Jon Jones after the fight, basically telling him to get his life together and fight him again.

At the post-fight press conference, Ryan Bader and Cormier cut promos on each other to possibly set up a fight. They were originally scheduled to fight in New Orleans in June, but when Jones was suspended, the spot opened up for Cormier to fight for the light heavyweight title.

We’ll see you next week.