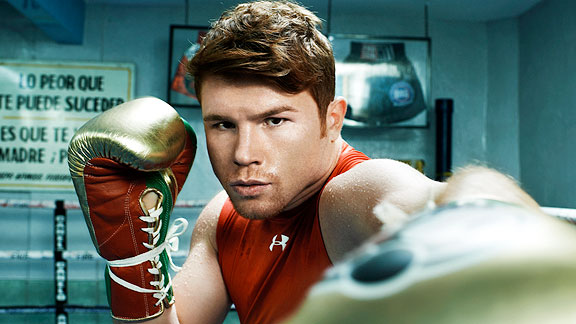 A week after the biggest money fight of all-time, what was in the top five this week? 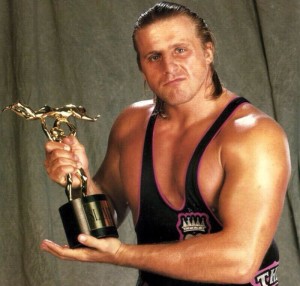 – Stone Cold Steve Austin did an interview with Sports Illustrated and said that he’d more than likely be at next year’s WrestleMania since it’s in Dallas. He also said he has two possible wrestling projects coming up.

– It would’ve been Owen Hart’s 50th birthday this week.

– I still don’t buy Michelle Beadle’s excuse for not being a WWE fan any longer. She can definitely choose to be a fan or not, but her reasoning still seems very petty.

– Was Bill Simmons’ usage of an old Mick Foley catch phrase the last straw in his ESPN stay?

– The Rock has a new sci-fi project.

– I still haven’t seen it yet myself, but here’s a review on the E:60 special on WWE.

– NJPW World has a new English sign up page. 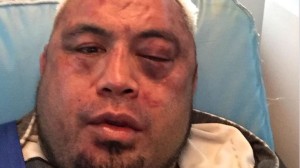 – The UFC is revamping their Hall of Fame process.

– Anthony Pettis is out of UFC On Fox. Edson Barboza will replace him against Myles Jury.

– The Mayweather/Pacquiao buy rate could be in the range of 4-5 million buys as it’s trending so far. What an insane number that is.

– Earlier in the week, it was the 10th anniversary of the historic bout between Corrales and Castillo.

And now onto the Top Five.

5. RAW does a tremendously poor rating.

After what was a pretty fun Raw, including Sami Zayn facing John Cena and subsequently getting hurt, the numbers came in that the show did just 3.57 million fans. It’s the lowest non-holiday, non-football season number since 1997.

Dave Meltzer tweeted this out.

I'd hate to be working in WWE creative this afternoon.

Many people didn’t understand it, but it had to do with the fact that the rating probably caused Vince McMahon to blow his top. They really need to pump some new creativity into the show, but at three hours long, these types of numbers and trends might be very hard to reverse.

Jeff Jarrett held a press conference that almost no one attended and that wasn’t streamed anywhere to announce his current roster and also, his big name in Chael Sonnen.

The Sonnen announcement seemed to get some traction in the media, but as the only big name thus far, it may not have been quite the bang Jarrett hoped for.

Jericho will be back on a WWE TV show, even if it’s not Raw or Smackdown, in the very near future. Jericho was announced as the host for the new Tough Enough that’s on USA in June.

He announced a run of house shows that he’s going to be doing in the summer. And he had a fairly interesting podcast with Billy Corgan, talking TNA creative.

I personally didn’t find Corgan all interesting, though he’s a big name and most people really enjoyed the interview. I thought Corgan came off as a bit of an egomaniac, but hey, he’s a real rock star.

While I still believe this lawsuit is a joke, I can see why people are taking this seriously.

If Pacquiao went into the fight, knowing that he wasn’t going to be able to give his best performance, he probably lost money for a lot of people who thought he could beat Floyd Mayweather. Now, you’re saying that those people are fools anyway, right? And they are, but I can see how they feel that he lied to the public.

There’s a reason why the NFL forces teams to put out an injury report every week. Though, teams still hide things there too.

If you haven’t seen the Canelo knockout yet, you need to do so now.

But what does it mean? It means that even though Triple G is everyone’s favorite fighter now, Canelo reminded them that he’s still there. Some feel like Triple G would put a beating on Canelo, and right now, because of the weight difference, maybe so. But I feel that in a couple years, when Canelo puts weight on naturally, he’s a good enough boxer to make things hard for Triple G.

But it’s not a fight that makes any sort of sense now. Triple G isn’t the kind of draw that he needs to be to make that fight huge yet. But give him two more years with HBO behind him, he will be. Let’s just hope guys step up to fight him and don’t duck him.