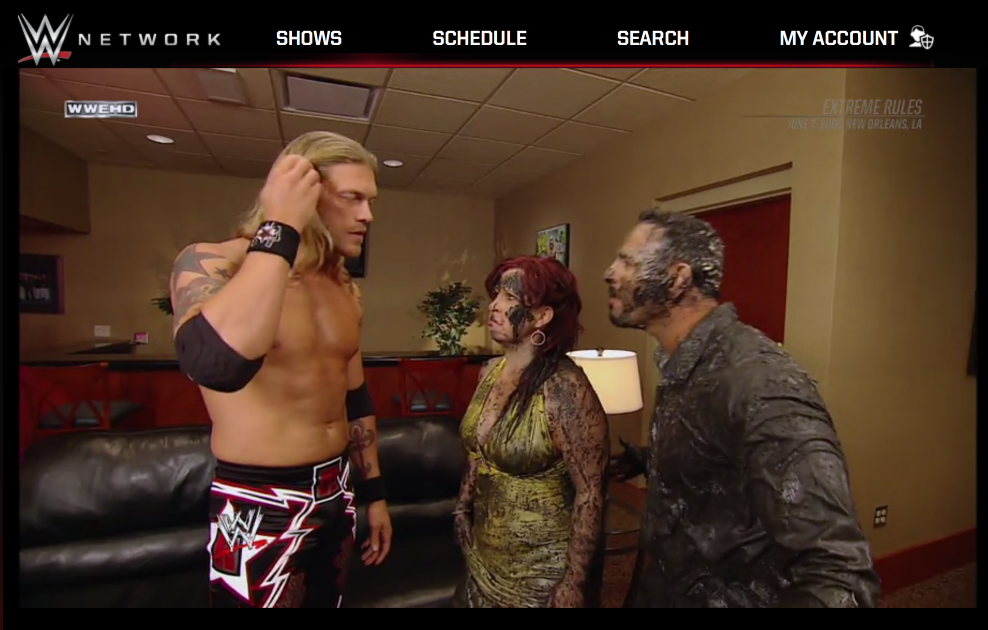 With WrestleMania 31 in the books, it’s time for other stories to dominate the news world in combat sports.

But before we move on from WrestleMania, I wanted to highlight a couple of things that I’m proud of that we did on the website.

I had many people come up to me during the extended WrestleMania weekend discussing our top 30 WrestleMania matches of all-time list. Some were frustrated with the match listings, but that’s exactly why we did the list. They were there to get people talking. Everyone has their favorites and these were ours. I’m sure Alan’s top 30 is different from Big D’s top 30, but averaged out, it’s how the chips fell.

I also received a lot of nice feedback on the chronicling of the extended WrestleMania weekend that I wrote last week. It was an incredible weekend.

But we move on. These are the stories that just missed out on being in the top five.

– In his journey to fight Floyd Mayweather and Manny Pacquiao, Amir Khan wants Chris Algieri. However, Showtime passed on that fight. He passed on fighting Timothy Bradley. And he tries to rationalize not fighting Kell Brook.

– He’s the last fighter to beat Floyd Mayweather and it’s all gone downhill from there.

– These are the details on the Mayweather/Pacquiao hype specials, supplied by Dan Rafael. It’s really a crime that we don’t get to see a full-on 24/7 special for this fight.

– Also, HBO and Showtime are trying to give less of a percentage to the PPV channels.

– TruTV will try to fill the void left by Friday Night Fights.

– Looks like Wade Barrett will be out again doing another WWE movie.

– Duan writes about WWE booking and how they had a fresh start with Roman Reigns and booked the same old ****.

– Justin Roberts writes about WWE changing the story about Connor The Crusher.

Let’s get to the top five.

Because of the NCAA Final Four, the UFC had a rare midday show on Saturday. I didn’t get to see the entire thing, but I did see Chad “Money” Mendes whip Ricardo Llamas to show how much space there is between top contenders.

I also saw Al Iaquinta lose to Jorge Masvidal, win the decision, and then yell at the fans who thought he lost. Usually, when you are gifted a decision, you’re mostly thankful, but not Al.

If anyone should’ve been upset, it wasn’t Al. The 10-point must system is really what screwed Masvidal. But he didn’t have a chance to yell at the fans because he ran out before he had the chance.

I don’t think anyone was surprised and most in wrestling probably saw it coming. I think the best part of it all is that she got her WrestleMania win before bouncing. That probably means that she didn’t tell anyone at WWE HQ that she had any intention of retiring. Because if she did, you know she was going to eat the Rack Attack and probably would’ve been made fun of constantly leading up to WrestleMania. You know, because #GiveDivasAChance right?

Stevenson beating Bika wasn’t the real story as most predicted he would. The real story is that based on the performance, I’m not sure what kind of a chance Stevenson has against Sergey Kovalev.

Duan and I had a quick discussion about his chances.

A lot of UFC media and fans were very eager to report that Ronda Rousey had no future WWE plans after her successful apprearance at WrestleMania 31. Well, I don’t think anyone expected her back anytime soon.

The goal should be to get her back at WrestleMania 32. I suggested that they could maybe do something at SummerSlam so that it could be seen as “her” event being that she was there last year. But I think even that would probably be too soon. WrestleMania 32 is perfect.

On the latest episode of Wrestling Observer Radio (subscription only), Dave Meltzer said WWE’s plan is for Rousey to face Stephanie McMahon in a one-on-one match.

Now, if Sara McMann can’t last more than 90 seconds with Rousey, Stephanie McMahon shouldn’t last more than 5 seconds. However, the story of the match should be that all of Stephanie’s friends make it hard for Ronda to get to Stephanie. And maybe Stephanie can get a couple of boots in on her. But once Ronda gets her hands on her, it’s judo toss, arm bar, and tap out quickly.

And oh by the way, Furious 7 is doing tremendously well.

1. WWE Network number is out.

On Monday, the WWE announced a new WWE Network subscriber number of 1.315 million. It was actually a disappointment for Wall Street as the stock went down once the number was announced. WWE is offering a free April to counter the possible deactivations this month since WrestleMania season is over.

They also announced a slew of new programming, but I don’t find one show all that must-see. I’m sure I’ll watch some of it, but I’d have been happier with more actual wrestling programming.

It seems like they’re making more mistakes than solutions as they figure out how to market this thing, but as long as that subscriber number doesn’t plummet, I think they’ll be okay.