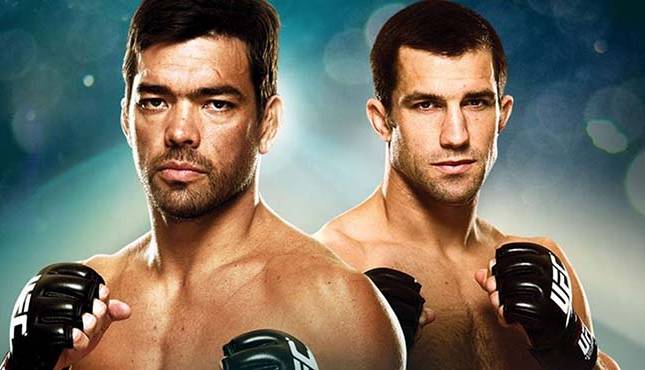 This is the second of three straight weeks of UFC shows and it is probably going to be the best of the three.

Even though this show lost one of its better fights in Jacare Souza vs Yoel Romero, it still has a nice main event and a good attraction bout as the opener.

We haven’t done a preview in a while, but this will be the first of two successive preview cards along with next week’s UFC 187 preview.

Here’s our UFC on Fox preview:

Heidi: Paige VanZant
VanZant comes in with less experience than Herrig, but with a lot of dynamic skill. I think the key for her in edging out a veteran is all the work she’s put in on her wrestling and grappling with Team Alpha Male. Herrig has shown in past that she can leave herself open on the feet where opponents have been able to capitalize. If VanZant can pressure her and put her in uncomfortable places, she could take the W.

GG: Max Holloway via 3rd round TKO
If you take away Cub Swanson’s most recent loss to Frankie Edgar, both men would be riding high on multiple fight win streaks. Swanson is far more seasoned and the favorite and should be. In his last twelve fights, he has four losses, but all to the top contenders of the division. Holloway’s three losses are also to guys higher ranked than him, but not in the same echelon with the exception of Conor McGregor.

This is more of a gut pick than anything else and I know that lots of people believe Holloway lacks the experience and cage savvy to beat Swanson, but something tells me that he’s going to catch Swanson at some point in the third round to stop him.

Duan: Jacare Souza by 1st round submission
This isn’t one you’re likely to get often – it’s the top ranked challenger in the middleweight division against a guy who has already been twice let go by UFC. It gets better than that though. These two met before just two years ago and it was a first round finish then, as it’s likely to be again now.

Alex: Jacare Souza via 1st round submission
Let me break down the Jacare Souza/Chris Camozzi fight by using lyrics from the theme song of the 80’s and 90’s WWF Tag Team Demolition.

Search and destroy you
Run and we’ll find you
There’s no place to hide
Jacare Souza will get you
Pain and destruction, are our middle names

Now, I am incredibly saddened by the fact I won’t see Jacare against Yoel Romero. That fight has the potential to be so amazing, I’m not sure if I want it to happen. It might be too awesome. Chris Camozzi is coming in knowing what he is facing. After all, this is a rematch from Jacare’s first UFC fight. The only thing is, Chris hasn’t been training for a fight against this monster.

Royce Gracie will always be associated with Jiu Jitsu, but Jacare is one of the best to ever take up the sport, and while his rival Roger Gracie may have been the most accomplished to try MMA, Jacare’s aggressive style fits really well with MMA. His biggest weakness was always his striking, and to the dismay of the rest of the division, he looks to have corrected that deficiency. The talk going into the main event (Machida/Rockhold) will be that the winner will have his shot at the champion. After Jacare wins decisively, I hope his name gets thrown into the hat as well. His style will give the champion Chris Weidman nightmares.

GG: Lyoto Machida via decision
I think it’d be better for the UFC if former Strikeforce middleweight champion Luke Rockhold won this fight and established himself as a contender for Chris Weidman. Also, like Alex said above, Jacare as well. It would make match-making much harder if Machida does here what he does best which is become a labyrinth to solve.

At 36 years of age, has Machida slightly slowed down? I’m not convinced he has. He gave Weidman a hell of a battle less than a year ago. I’m also not convinced that Rockhold will be able to land enough for him to set up the rest of his game. The thing that also makes this one rough is that Machida sometimes loses fights that he seemingly should’ve won, due mostly because of his style. I think this is a tossup of a fight, but I’ll lean on Machida based on his elusiveness and experience in big fights.