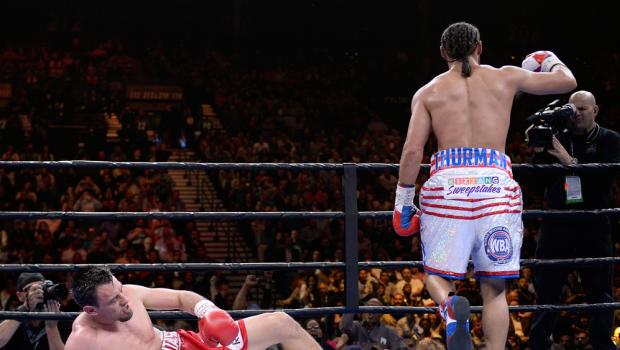 With no big UFC or WWE show, it was boxing’s time to shine.

And really, before we even get there, isn’t this the greatest fan-photo of all-time? 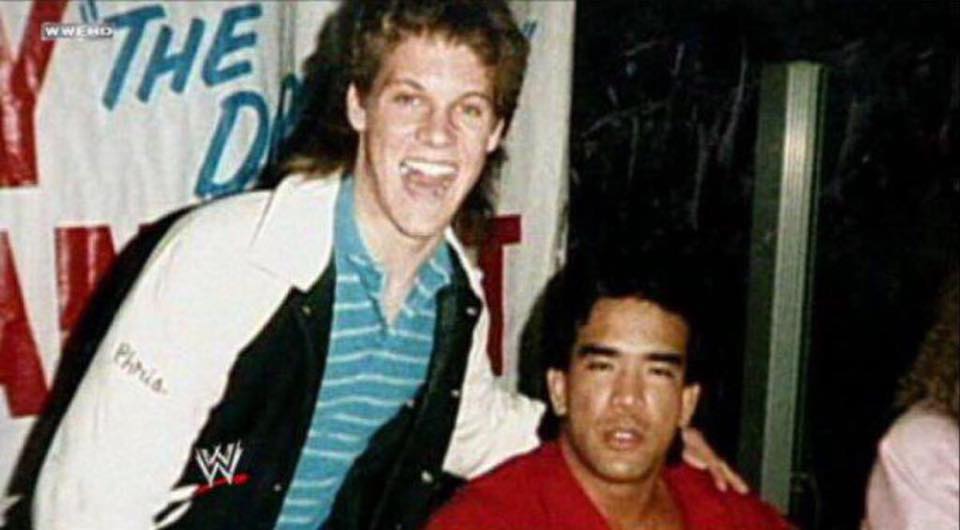 Let’s get to the items that didn’t quite make the top five.

– We have a new Metamoris main event.

– Remember the one season of the boxing reality TV show on NBC called, The Contender? Eric Raskin remembers the best moments from the show.

– The WWE Network produced a fantastic short biography film on Booker T. We reviewed it.

– UFC 193 is scheduled for Melbourne.

– Dan Rafael wrote the story of how Mayweather vs Pacquiao was put together.

5. Creed gets a release date and summary surfaces.

Here’s what we’ve learned about the new movie starring Michael B. Jordan as Apollo Creed’s son:

– It comes out on Thanksgiving of 2015. I hope Paulie makes a cameo and throws a turkey out of the house.

– Apollo’s widow, Mary Anne, won’t be played by Sylvia Meals. Instead, she’ll be played by the great Phylicia Rashad. What happened to Sylvia? Well, it doesn’t look like she’s done much.

– Apollo’s son’s name is Adonis Johnson and he was supposedly unborn when Apollo died. If Creed died in 1985 while facing Drago, that would make him near 30 years old. Creed had two kids based on one scene in Rocky II, who seemed to be less than 10 years of age in 1979. Those kids don’t seem to be part of the plot.

– Based on this statement, it seems that Rocky may be facing the brain trauma issue that’s been hinted at over the last two movies.

Agreeing to take him on, Rocky trains the young fighter, even as the former champ is battling an opponent more deadly than any he faced in the ring.

All I know is that I’ll be there on the first day. 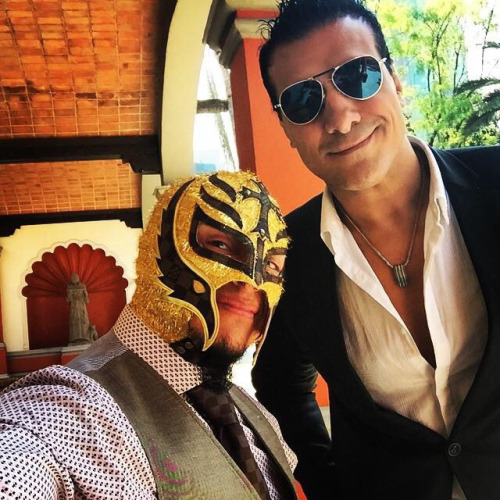 Miguel Cotto has changed promoters, signing with Roc Nation Sports. While it’s not apparent, at least on the surface, as to why Cotto signed with the group, he is the second major signing for them, following Andre Ward.

Duan and I had some suggestions as to why Cotto may have chosen the group on the latest episode of FGB Radio.

Are we ever going to get that fight with Canelo?

3. Rey Mysterio is headed to AAA.

He’s also scheduled to take part in a tournament in May, teaming with Alberto El Patron (as long as his quad injury allows him to work) and Myzteziz.

Many know that wrestling training has a reputation of being quite brutal. Everyone who makes it in wrestling has their legendary stories of making it in the business. Bill DeMott, head trainer at NXT, stepped down after reports from past trainees that he overstepped his bounds as a trainer.

I deny the recent allegations made about me, however, to avoid any embarrassment or damage to the (cont) http://t.co/1UpTIE1aXi

The former Prince Albert and Tensai and now Jason Albert, is said to be replacing DeMott.

Sometimes doors open that you never expect to open and amazing opportunities are presented to you. I plan on busting through those doors!

Al Haymon’s first main event was looked at by hardcore boxing fans as a nice action fight. But would it draw? It did, sort of.

But something that is more important than the first rating is if the Premier Boxing Champions would showcase boxing in a way that would grab casual fans and get them to stick around. The Adrien Broner vs John Molina Jr. was the opposite of that. It was boring, plodding, and neither guy was willing to take any risks. But the main event delivered.

Keith Thurman may be better than advertised. He’s athletic, has thunder in his right hand, and creates great angles to throw that right hand. Robert Guerrero had guts. He was beaten to the punch just about every time, was knocked down, and had a nasty cut over his eye, yet when the bell rung at the end of the 12th round, he was the one on the offensive. He was like the Mexican Rocky without the fairy tale ending.

Will PBC work at least as well as the UFC On Fox? You can have lavish production, a great cast of people like Sugar Ray Leonard, Al Michaels, and Marv Albert, yet to me, it’s all going to depend on the quality of main events. If you continue to put someone like Molina in with Broner, who from a talent standpoint didn’t really have the tools to press him like needed, it’s not going to work. But if there are more types like Guerrero and Thurman who were willing to put it out there, then it just might.

(Jeremy Wall has a nice breakdown of the event.)

The Spike show next weekend won’t really be telling even though there are names on that card. Danny Garcia and Lamont Peterson could make themselves quite a name by doing what Guerrero and Thurman did in April though.