It’s the biggest Raw of the year and we’re there live. Follow our post WrestleMania 31 Raw live blog.

Duan affectionately calls this raw, “dork fan Raw” because of how the very hardcore fans who are in town because of WrestleMania try and hijack the show. Sometimes, it’s for the better. At other times (Fandango anyone?), for the worse.

Before we get to the actual show, the WWE Network number came out at they’re slightly above 1.3 million subscribers which is where I think most people thought they’d be. Business Wire posted WWE’s deck and press release.

They also put out a press release for new shows on the WWE Network. Nothing really seems too interesting, though they are working with big names like Jerry Springer and Seth Green. One specific thing of note is that they are promoting a Chris Jericho live podcast with John Cena next week. They are calling it a monthly series. What does that mean for the Steve Austin live podcast?

We’ll be back live for Raw and be in the building.

Heyman counted the suplexes and gave props to Roman Reigns, but made it seem like it wasn’t his time and it was all about when Brock wanted to end the show.

He called Seth slimey. He said he could tie the whole thing up in court but Brock doesn’t like lawyers and simply wants to invoke his rematch clause. Heyman says the rematch will happen right here, right now. Crowd goes into Yes chants.

Time for Stephanie to come out and ruin things. She says everyone wants to just move past WrestleMania and puts it over. The crowd breaks into Ronda Rousey chants. She tells Brock that Reigns took it to him too. She says that if the crowd doesn’t make her happy, they won’t get what they want. She said that Seth wasn’t in the building because he had to do The Today Show. When he came back, they could have the match on Raw.

Heyman’s catchphrase is over with the crowd. They repeated it last night and did so again tonight. He said that for the first in a long time, Brock Lesnar will wrestle on Raw.

We’re getting this match already? The crowd started the awesome chants during lockups.

The match is just a match so far, but the crowd loves it. Ziggler is just as over as Bryan and maybe slightly more.

They teased Ziggler was going to back suplex Bryan off the top rope, but Bryan slipped out and gave the same to Ziggler. Great spot.

Looks like Sasha Banks may be on this show tonight.

This is a nice opportunity for Kalisto here. Cesaro spun Sin Cara into a Tyson Kidd drop kick. He did not spin Kalisto.

Kidd and Cesaro hit the tag team uppercut on Kofi. Viktor tagged in and was small packaged. Kalisto hit the Salida del Sol on Konnor for the win.

Before the camera break, Heyman told Lesnar that he was here. 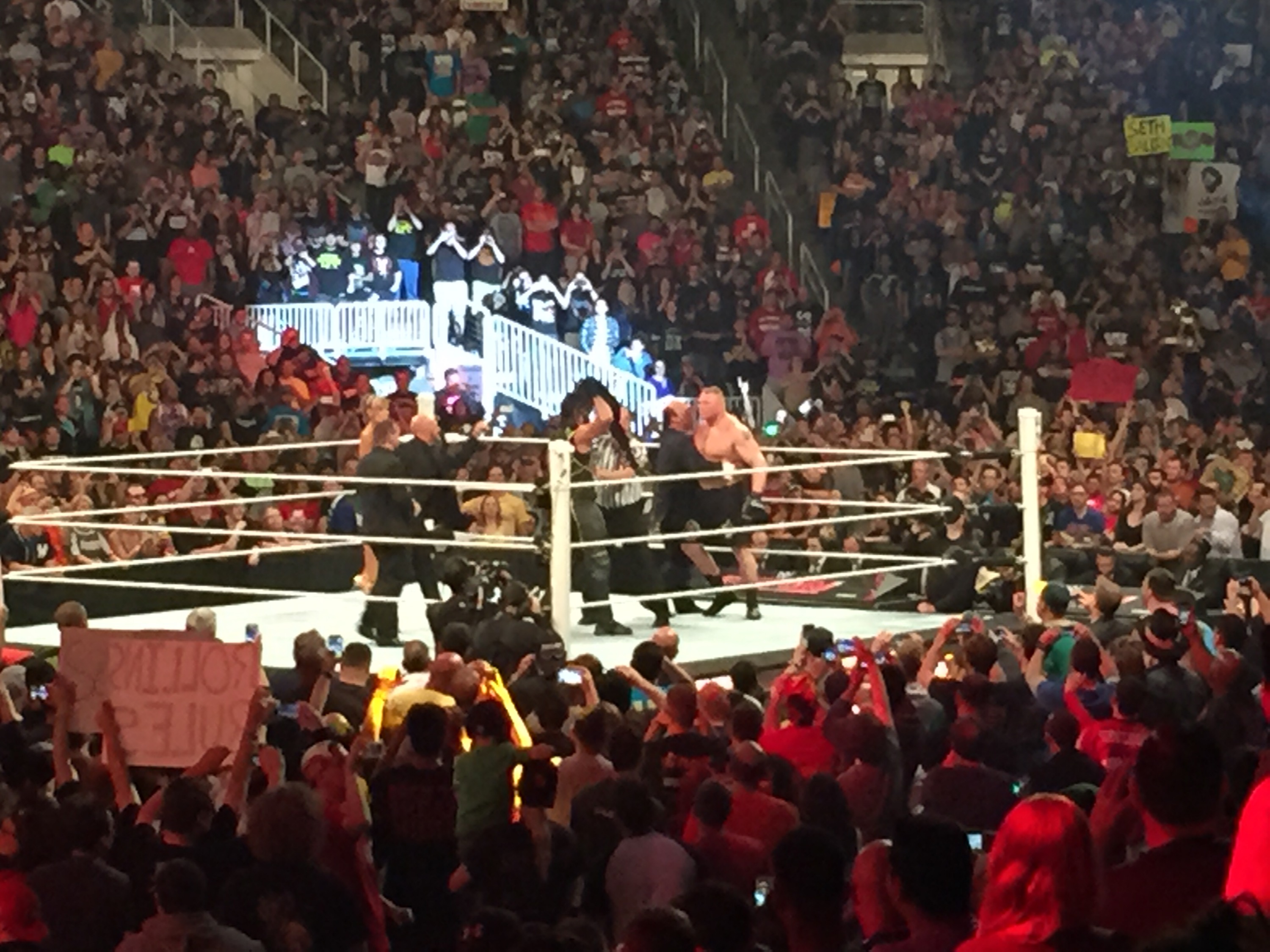 Seth grabs the mic and says that he’s jet lagged and his foot hurts and that he’d give Brock his rematch, but just not right now.

Brock chased him and caught him. He gave him a German suplex but Seth flipped all the way over. He kicked Brock and he staggered but Brock got right back in his face. Rollins ran out again and left. Brock grabbed Michael Cole and gave him a F5. Then he grabbed the camera man and gave him a F5. 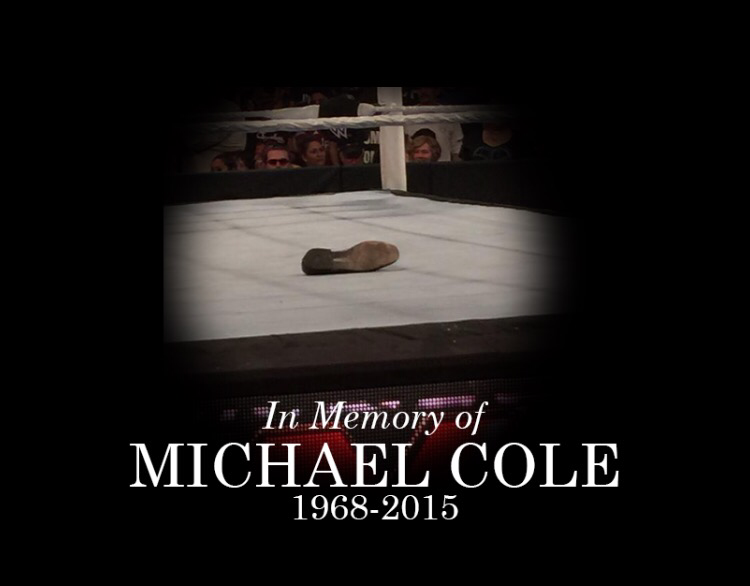 Stephanie came out and yelled at him to put the camera man down but he didn’t and she suspended him indefinitely. Then he did it again before he left. It was excellent, though, the fans were anticipating a match. They’ll have to wait.

Stephanie says Brock will also be fined. And he’ll get his rematch when she says, since she now owns him.

Stardust was bothered when the crowd chanted Cody. He quickly beat him with the Skull Crushing Finale.

Miz came out and gave Mizdow the same.

They dropped the Adrian part quickly. Now he’s just a Harry Potter character. Axel is perfect opponent for him. He quickly beat him with the Red Arrow.

I love Neville but who is going to talk for him? 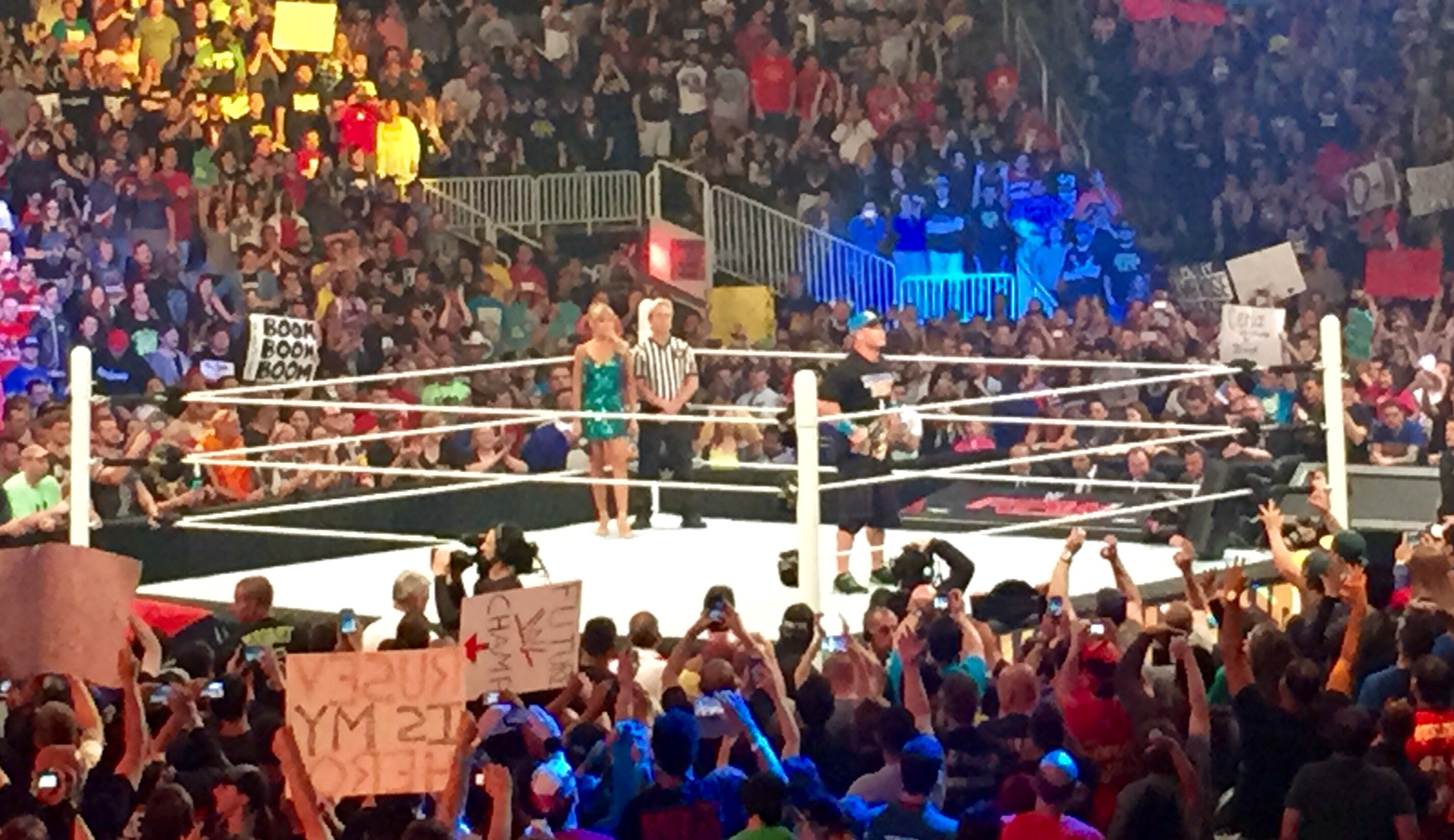 He baited the crowd to sing, “John Cena sucks.”

The crowd has really been quiet for the match except to chant mean things at Cena. You’d think Ambrose would be over with this crowd, but not really.

The match really picked up near the end. These people, who were not into Dean much at all, really wanted to see him with the title. Both guys had each other in the STF. Teased FUs. Ambrose hit the Dirty Deeds for a two count. Ambrose did a cross body on him. He rolled through it with Dean in his arms, herc’ed him up for a FU and the win.

I thought we were going to see a Rusev run-in here.

He talked about Brock being suspended and hoping he received a 7 figure fine. He put over his title win.

Randy Orton showed up. He said that one problem was solved but another wasn’t which was him. He wanted a title shot.

The dork fan Raw crowd is amidst their most embarrassing during this match. It’s actually a good match and they’ve been given time.

Long heat on AJ. Like over 5 minutes of her taking a beating. Hot tag to Naomi which broke down into a fight. Nikki tried to punch Naomi, but hit Brie instead. Naomi hit the Big Ass on Brie to win the match.

Ryback wants in on Orton’s team.

No Lana. Rusev wins a quick one with the Accolade. 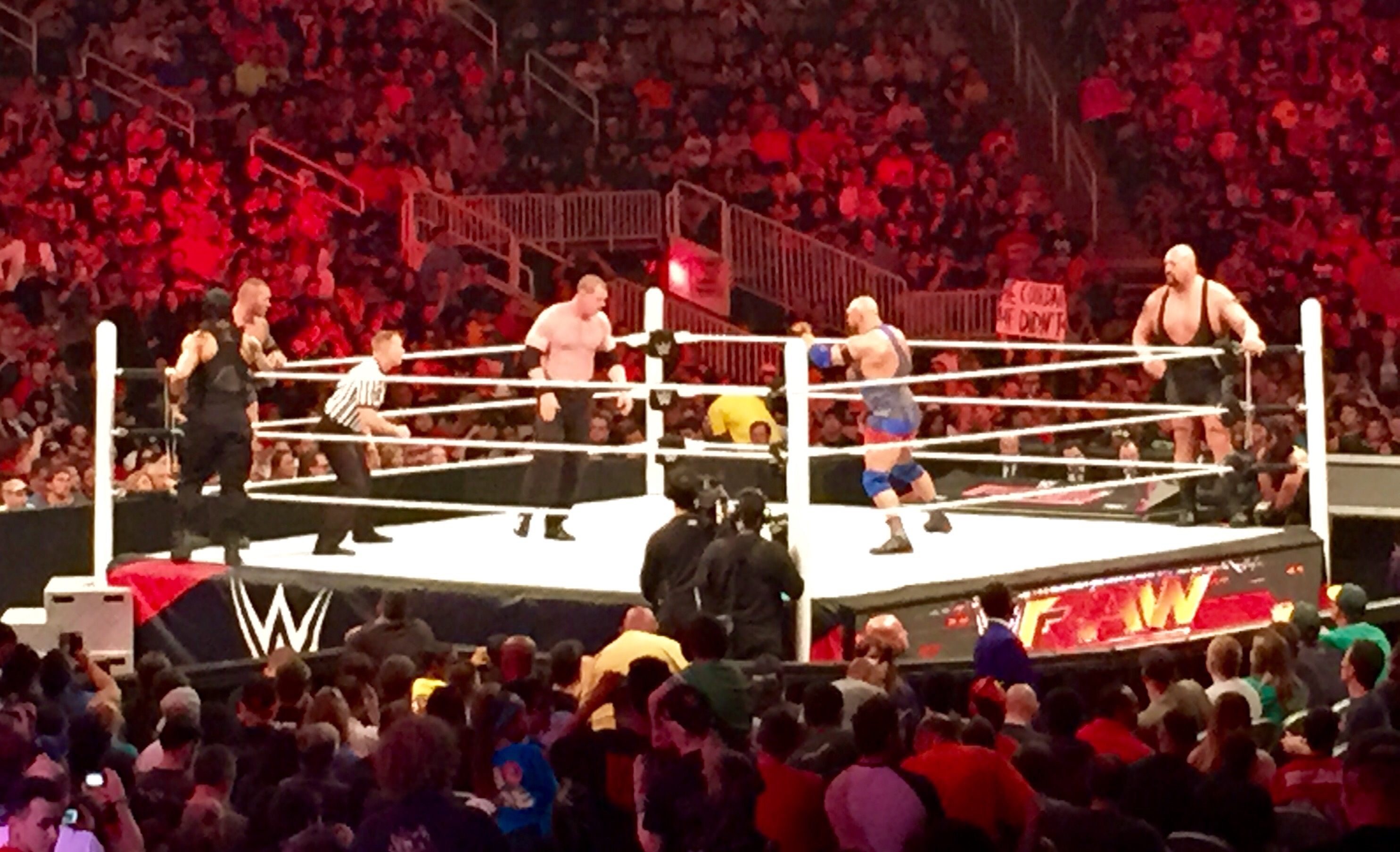 It was a mistake for Reigns to be the main guy in this match. This was your normal 6-man tag which means it was good, though the booking was lame. Reigns pinned Kane to win the match which is about as uncreative as it gets.

He says that he’s not sure what his future holds, but if WWE throws him something, he’s going to grab it.

Bo Dallas comes out and reminds Sting that he lost last night, tells him he had to Bolieve, and he gets a Scorpion Death Drop for his troubles.