ROH never comes this far west, so this is my first opportunity to see ROH live.

A lot of this match ended up outside the ring and because of how the seats are situated, we couldnt see what happened. The crowd was fired up for everything, especially Briscoe’s Mick Foley elbow to the outside.

Briscoe won in a bit of a surprise by cradling ACH.

Elgin looks every bit the powerhouse in person as he does on TV.

The match turned into a good one with Elgin doing the power moves. Elgin thought he had the match won a few times, but Kazarian would pull a rabbit out of his hat like launching Elgin into the ring and hitting a RKO. 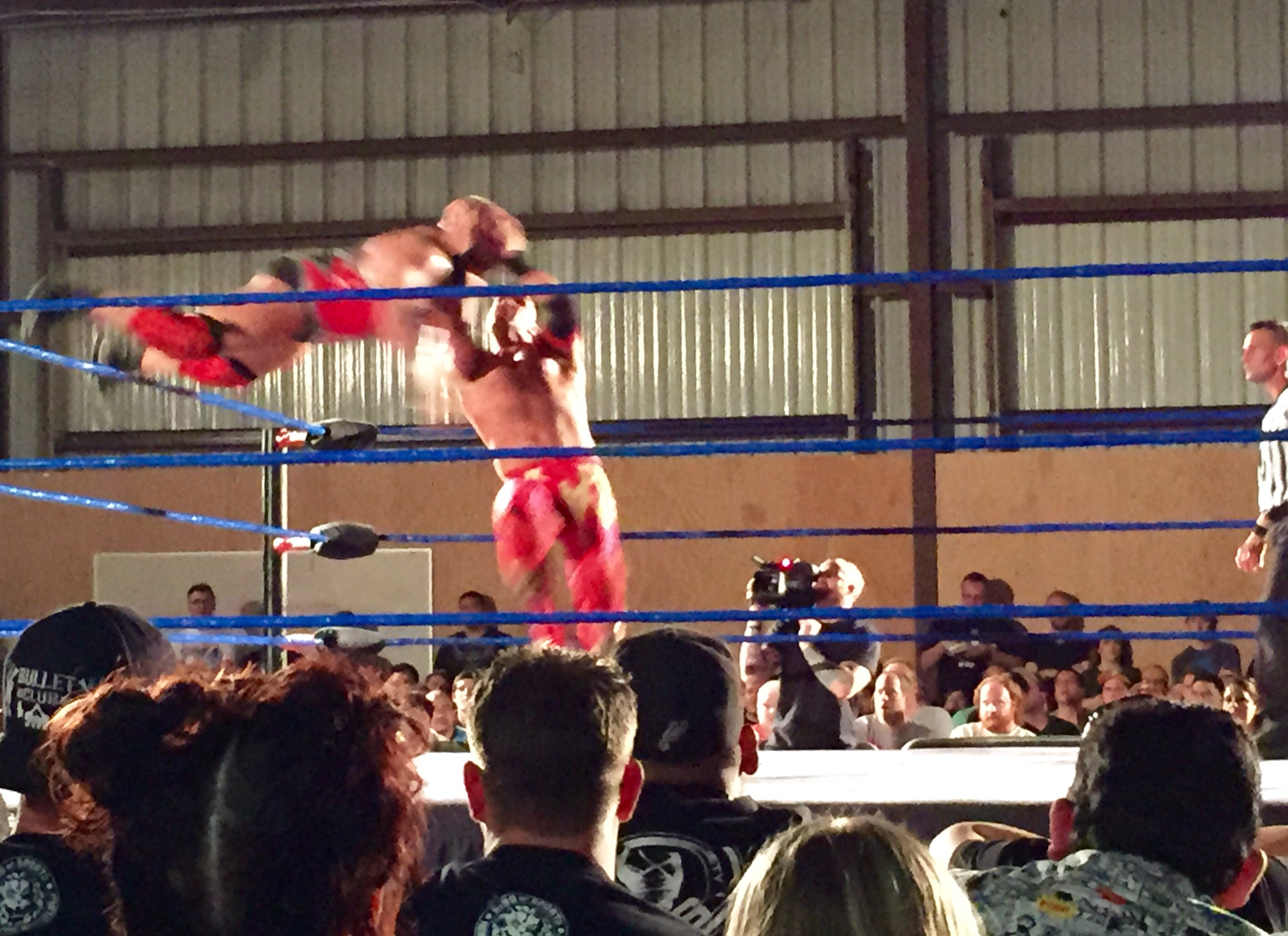 Elgin finally won the match after hitting a fireman’s carry slam off the top (which Kazarian kicked out of) and then following up with a backfist and sitdown powerbomb.

After the match, Elgin tried to bully Kazarian into shaking his hand but he was out of it. Christopher Daniels saved his partner but Elgin hit him in the back with a chair.

Everett and Sydal start out with super athletic counters.

It immediately broke down into craziness. Coleman and Alexander double teamed Sydal.

Everett did a flip dive to the outside on to Moose. I think Moose caught him. He powerbombed him onto the the ropes and Everett bounced back. I’ve never seen that before.

So many things happened in the end. Everett hit a Frankensteiner. He went to the top teasing his 450 splash. He was knocked off and Sydal hit a 450 of his own for the win.

Whitmer was clearly in tears before the match started. It looks like Jacobs was crying as well.

They swung chairs at each other. Whitmer set up chairs in the corner, shooting Jacobs into both. Jacobs came out of one corner with a spear.

The crowd chanted for tables and tables they got. Jacobs had Whitmer on the table and he jumped on him back first but the table didn’t break. He had to set it outside and against the apron and did it again and it broke.

Jacobs rolled him back into the ring but only got a two count. He put him in a front face lock, but Whitmer turned it into a brain buster.

Jacobs hit a top rope Contra Code for a two count. Whitmer suplexed him onto two chairs that were propped up together and got the win.

Jacobs wanted to shake hands but Whitmer said he didn’t shake hands with guys not in ROH. He told Steve Corino’s son to get Jacobs and he attacked him. Lacey came out and tossed him out. They hugged and his song for Lacey played on the loud speaker. 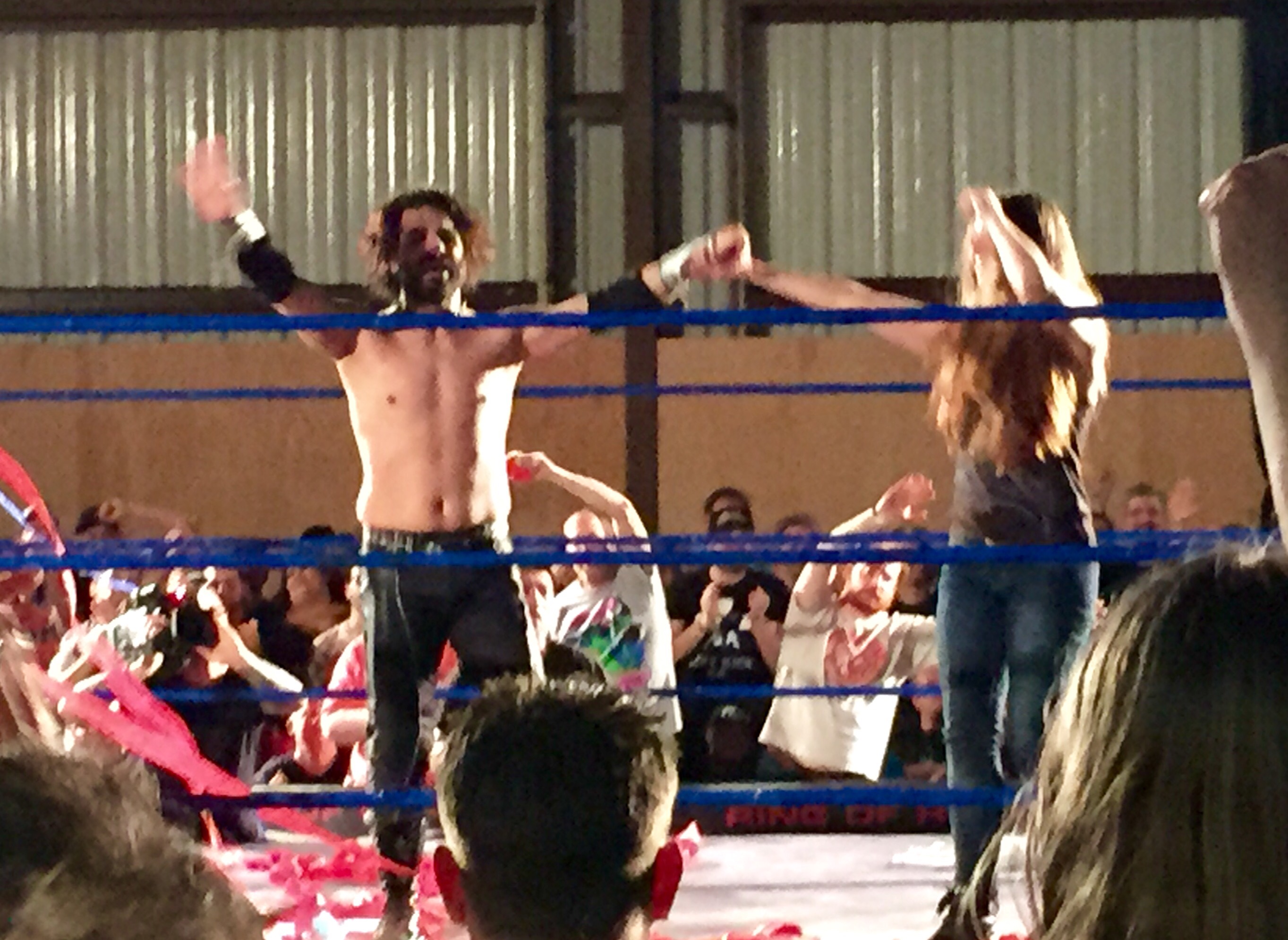 Strong targeted Daniels back early. Daniels was grabbing his back after body slamming Strong. Strong also tossed him back first flat on the apron when they were outside the ring.

Roddy hit a sweet superplex from the very top rope. He was just missing the float over. Daniels’ back was in rough shape and he tapped out to the Strong Hold.

The Kingdom Vs reDRagon

Filthy Tom Lawlor is with the champs.

O’Reilly and Bennett did comedy early on. O’Reilly was kicking him and after taking two bumps, Bennett screamed no, O’Reilly froze, and Bennett took a back bump without being hit. He the tagged out.

They finally got offense on O’Reilly and Bennett did the Steve Austin elbow. Taven had O’Reilly in the corner and did the Austin kicks, screaming, “What” after every one.

They are setting up quite the hot tag for Fish. Once they did, Fish was on fire. They both did running moves into the corner. Fish hit a sweet moonsault.

Maria tried to get involved, but Lawlor put her on his shoulders and took her to the back. Bennett didn’t see it. Bennett and Taven got the upper hand and did the Hardy’s double team finisher. The guy in the red mask tried to interfere but it backfired and he kicked Bennett.

Fish hit the falcon arrow on Bennett for the pin.

As you’d expect, Liger got a hell of a reaction from the crowd.

Match is slower than the others so far. Picked up near the end as Liger hit a palm strike and then a Frankensteiner off the top. Lethal dove out on Liger who was out of the ring. Liger kind of caught him and then hit a brain buster on the outside.

Lethal finished him off with the Lethal Injection.

Lethal shook his hand and then put the belt in his face. Liger bowed to the fans.

Joe got a thunderous reaction. 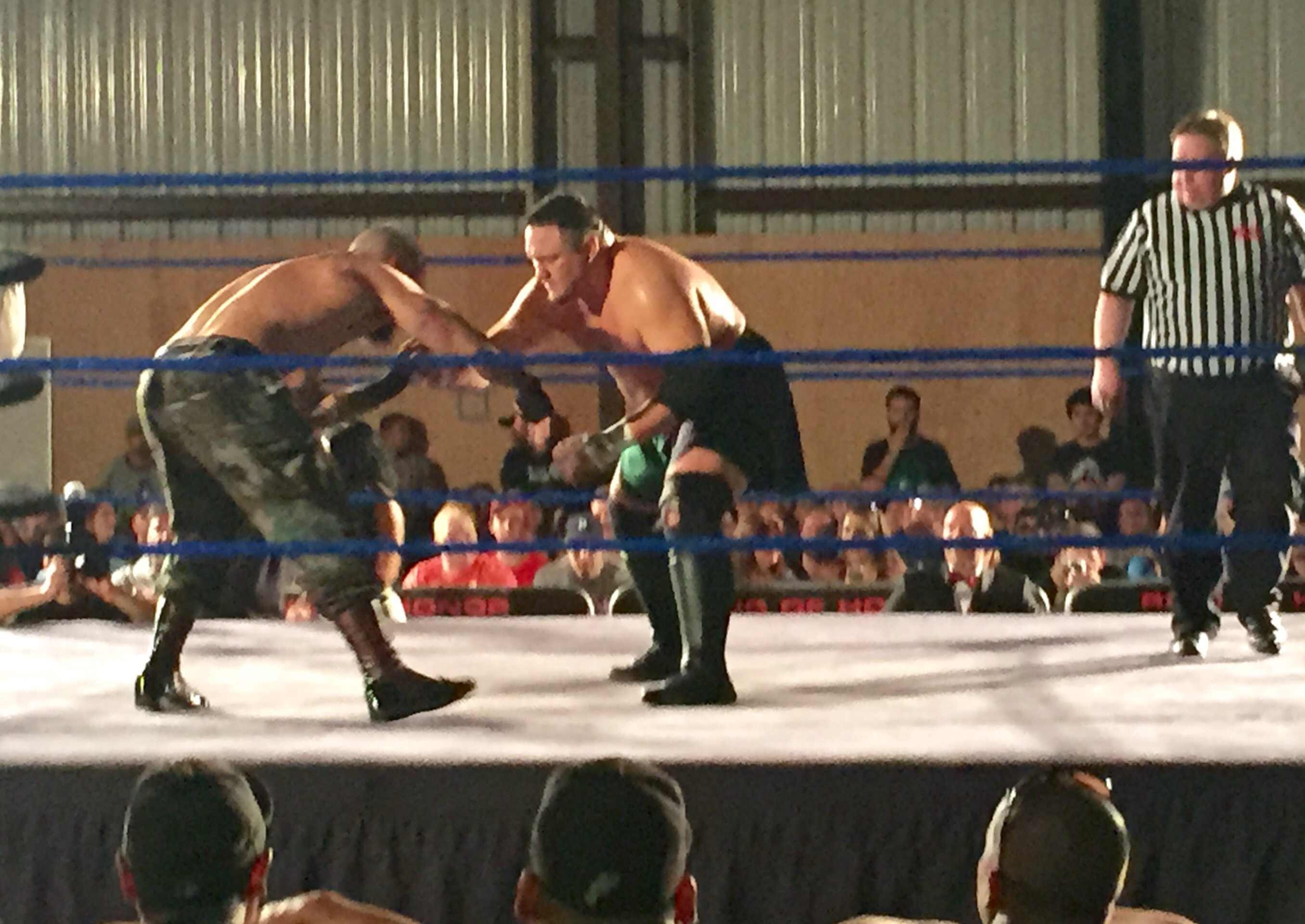 Briscoe was on offense early. Joe came back with chops in the corner. Joe did a dive through the ropes. He sat Briscoe on a chair in the corner outside and was going for the Ole kick but Briscoe threw the chair at him when he came at him. A lot of the match is taking place outside of the ring.

Joe swung Briscoe into the railing. He then hit the Ole kick. He did it again in the other corner. Back in the ring, Joe set Briscoe up for the muscle buster, but Briscoe turned it into a nice neck breaker, Rick Rude style.

Joe fired back up and caught Briscoe off the ropes with a power slam. He hit a powerbomb, a Boston crab, and then a cross face and a chicken wing.

Joe went for the muscle buster, but Briscoe blocked it and set him up for the Jay Driller and the win.