Premier VIII officially kicks off WrestleMania craziness in the Bay Area. We’ll have live coverage of the event.

This is the first Premier show done in San Jose and it also doubles as a fundraiser for the Del Mar Performing Arts department.

Gallo was brutalizing Jackson early on, bullying him around the ring. He was hitting him with clotheslines and big splashes in the corner. 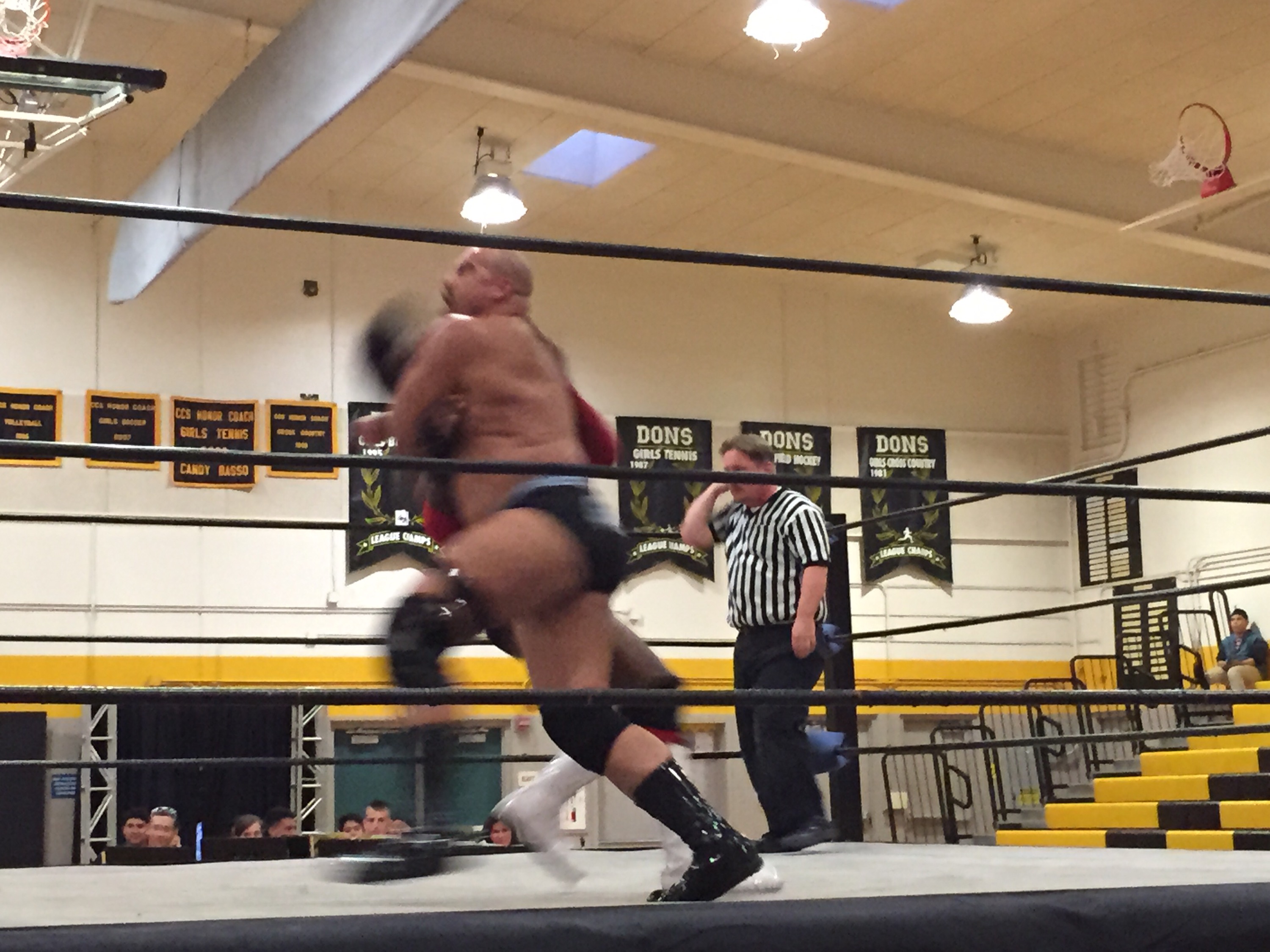 Jackson made his comeback with two high drop kicks and an enziguri, but ate a powerbomb and was pinned.

Sledge got the win here with the Blackhole slam (think Abyss). He caught Bateman like he was going to give him the Rock Bottom and swung him around.

Bateman got heat early and the crowd was asking Sledge to slap his mustache off.

Cobb won a really good match that was just over 9 minutes. Dom had the upper hand early on, keeping Cobb off his feet. 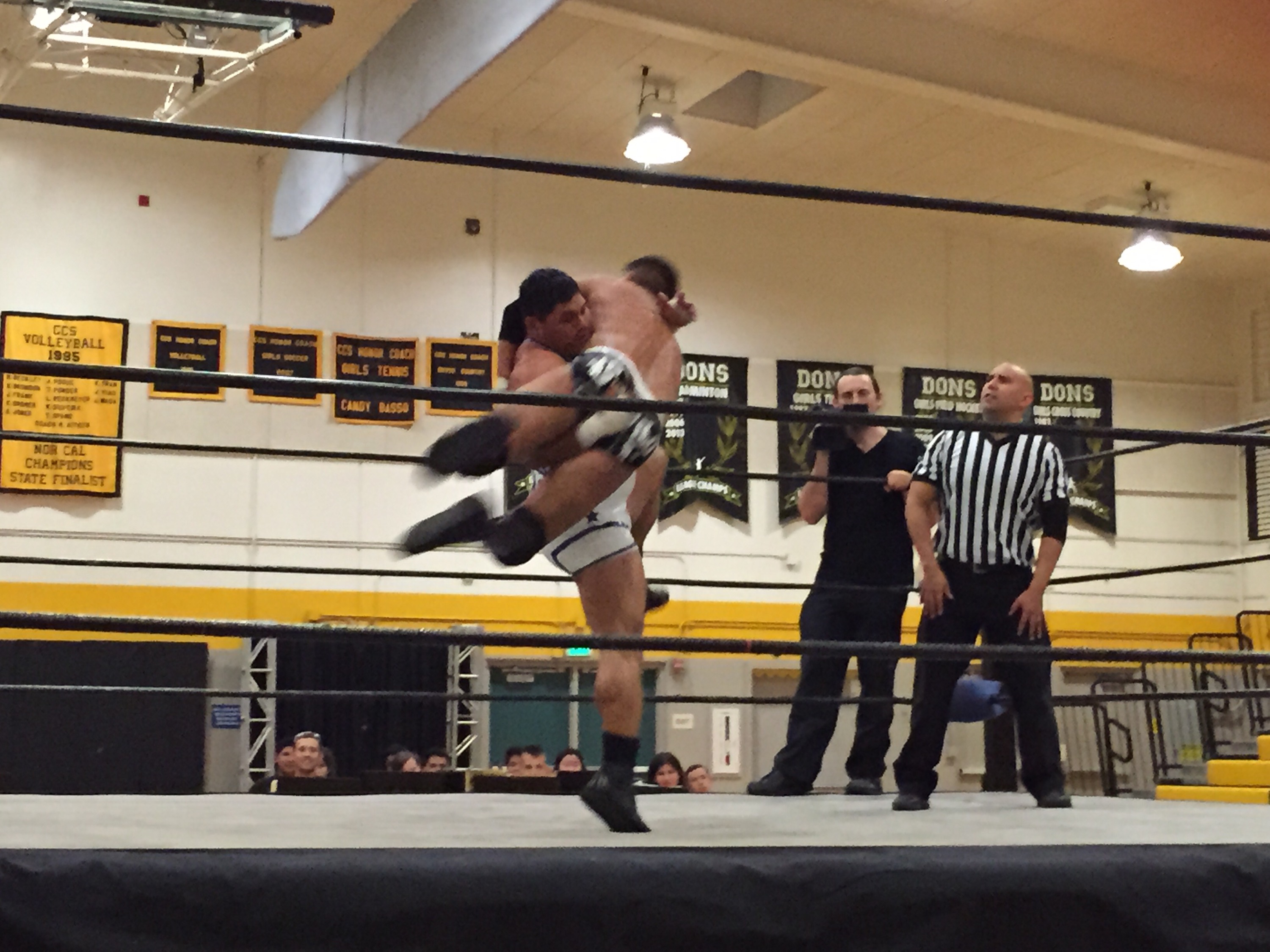 Cobb hit his reverse power slam to win the match.

They had a fun match. Pedroza was on Drake’s shoulders and tried to roll with him into a roll up, but Drake blocked it and pinned him.

Pedroza did a spot where he jumped to the middle of the top rope and arm dragged Drake. Great timing on the move.

This is a rematch from their last match in Gilroy which went to a 15 minute time limit. It was a mat classic.

This is really great ground work. It’s not only in the submissions, but it’s also in the way they shoot in. Everything is quick and snug.

Graves won with a rear naked choke as he reversed what looked to be a knee bar attempt.

The reversals and transitions on the ground were fantastic. The choke come out of nowhere and it was stopped immediately.

This is Kahmora’s first match in Premier while Nicole is 1-1.

This was Nicole’s best match so far in Premier.  She beat Kahmora with an arm bar which she’d been working for much of the match.

She also did four German Suplexes, two of which were fierce. Kahmora busted out the old Dudley Dog which looked great. She also did a tackle off the top.

Kratos has tremendous presence. This is quite the cat and mouse game. Lewis is going for quick attacks and Kratos tosses him. Kratos is very athletic for a such a big dude.

Kratos picked up Lewis for a suplex when Lewis was in a sitting position. Kratos also did the Cesaro superplex from the outside.

Lewis had two opportunities to win the match, catching Kratos off his feet. He went to the top for the 450 and a two count. 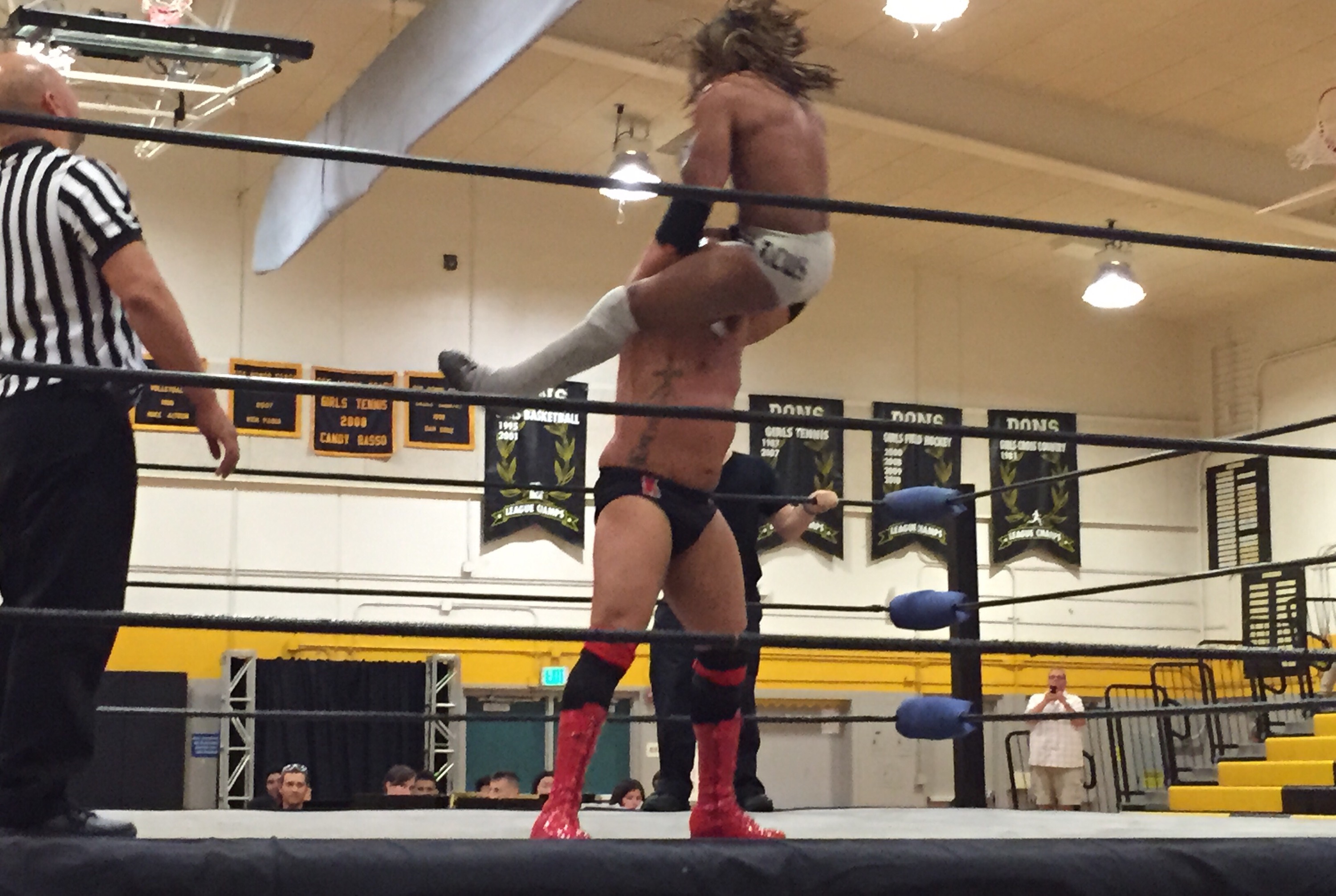 Kratos then caught him for the sitdown powerbomb and the pin.