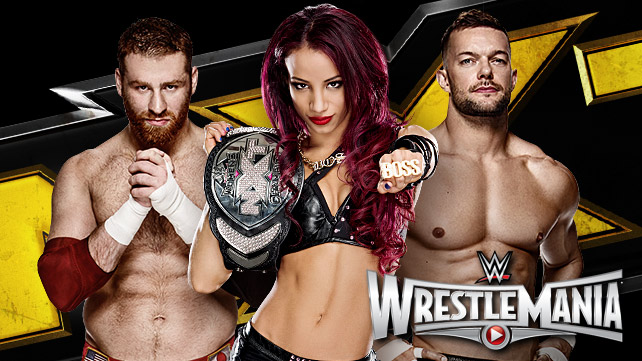 Last week, LaRocca (@LaRoccaJL), president of Premier, and I recorded a podcast that was the guide to WrestleMania weekend.

Right after we put the podcast out, WWE announced that they were running a NXT show on Friday night. There were also some updates to some of the other cards for WrestleMania weekend, so we decided to do an update to our podcast from last week. We also added a little UFC 185 talk at the end.

Other things we discussed:
– An update on John’s Premier show this Friday at Del Mar High School, which you can buy tickets to at the Premier website
– Nicole Savoy’s match with Kahmora
– Wondering why JR Kratos wasn’t booked for King of Indies
– Evolve bringing in TJ Perkins to add matches to both cards
– More on WaleMania
– Updates to both nights of King of Indies
– NXT and trying to get there on time for the show
– Our memories of events held at the San Jose Event Center
– Tatsumi Fujinami being inducted in the WWE Hall Of Fame
– The WrestleMania build