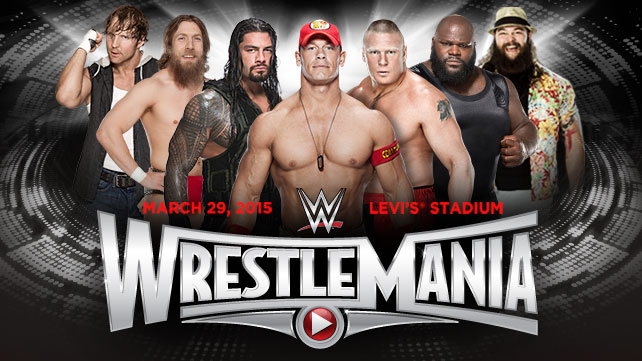 GG and Big D discuss the following on the WrestleMania 31 preview podcast:
– All the events that GG is going to try and cover for the website over the next five days
– Brock Lesnar re-signing and what it means for the WrestleMania 31 main event
– The scenarios in which we can see happening for the main event
– What we think about the pre-show match
– If #GiveDivasAChance means the diva’s match will get time
– Who will win the Andre The Giant Memorial Battle Royal, including two different scenarios we can see happening
– Who we think can win the Ladder match
– The entire Randy Orton/Seth Rollins storyline, how they ruined it, and what we expect to happen
– Why we love the Rusev vs John Cena angle
– D goes back in time and books the Bray Wyatt vs Undertaker story
– Why we think Triple H will have his working boots on and what to expect from his match with Sting