Before we go there, who knew that Kim Kardashian took fashion advice from the Nature Boy Ric Flair? 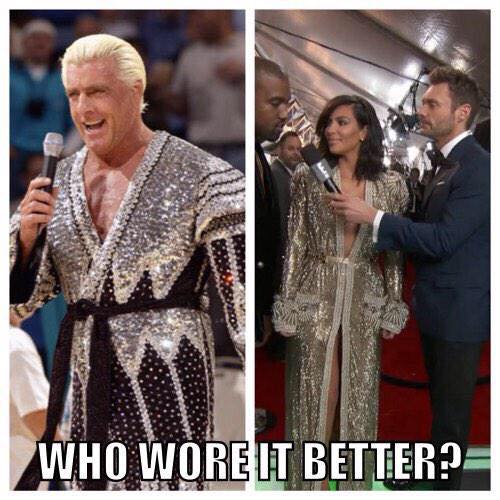 Let’s take a look at some interesting stories that didn’t quite make the top five.

– Remember Sergio Mora from the great first season of the Contender series on NBC? Kevin Iole wrote about Mora who was scheduled to face Jermain Taylor for the middleweight title before Taylor was stripped. He recently signed with Al Haymon and that would be quite the full circle if he was fighting on NBC once again.

– Raphael Assuncao’s ankle recovery isn’t going as well as he thought, so he dropped out of the Fight Night main event in Rio. He was scheduled to face Urijah Faber in a number one contender’s fight, but now that Assuncao is out, so is Faber. I guess they couldn’t find a fight quickly enough for the California Kid.

As if it’s not enough that Floyd Mayweather and Manny Pacquiao have to be been seen hanging out so that people don’t lose hope in them fighting in 2015. But this piece of boxing news kind of snuck under the radar that shows exactly what’s wrong with the sport. Oscar De La Hoya cut ties with Leo Santa Cruz after Santa Cruz and manager Al Haymon didn’t want to face the guy De La Hoya wanted him to face; Guillermo Rigondeaux.

Santa Cruz was one of the few Haymon clients who De La Hoya still had a promotional contract with. Well, not anymore. De La Hoya allowed Haymon to buy out Santa Cruz’s contract, essentially making Santa Cruz a free agent, like other Haymon fighters.

4. Chael Sonnen is coming to WrestleMania.

Retired and fired from UFC Tonight, Chael Sonnen (who had an entertaining appearance on Adam Carolla’s show on Thursday) may have an opportunity with WWE at some point. Sonnen, who does broadcasting work with ESPN, said that he was asked to be at the Hall Of Fame as well as WrestleMania 31 in Santa Clara, CA and will make the trip. Supposedly, they also contacted Wanderlei Silva.

Would a scripted Sonnen vs Silva feud be interesting to wrestling fans? Not to me. Two non-wrestlers doing a fake fight would be terrible. Put them in a tag match with some of the better workers and there is a possibility of doing something.

The WWE Network used the live Steve Austin show as a teaser for their free February. While it wasn’t ground breaking and didn’t feel as important as his first Network special with Vince McMahon, you did get an interesting insight into what Triple H is doing.

Triple H plays the political game very well. He often doesn’t really say anything, but he’s likable. But it seems that his eyes light up when he talks about his baby, NXT, which bodes well when he finally takes over the current product. He explained that there’s a difference and there always will be a difference. But I have a feeling that there are things they can do with the current WWE product that they’re testing out with NXT.

You can read our recap of the interview.

2. Daniel Bryan and Roman Reigns face each other at Fast Lane. 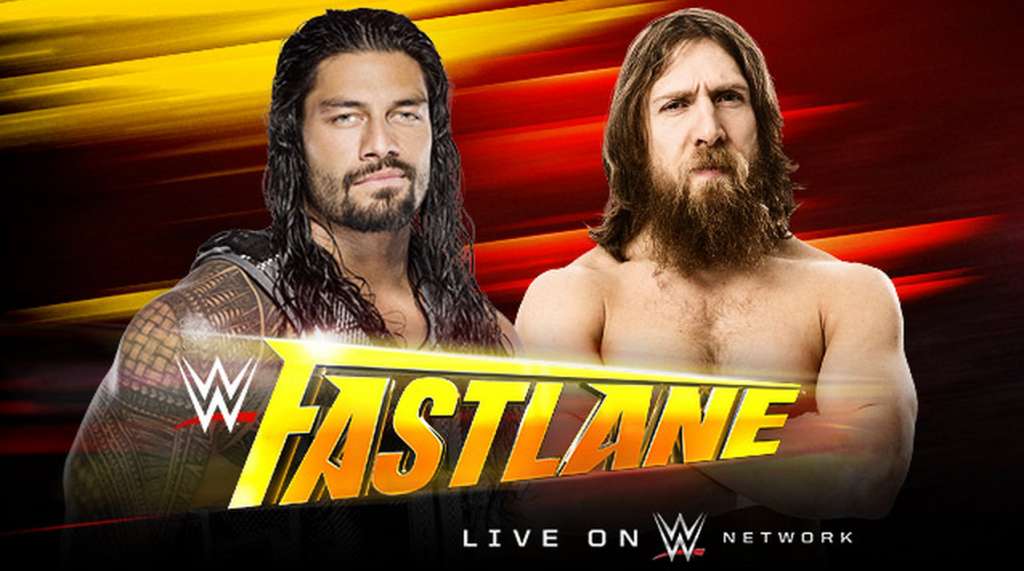 Though, the reasoning had tons of holes it in, WWE fans must be happy that Daniel Bryan is facing Roman Reigns for his shot at WrestleMania. Did WWE go back to the well one too many times by not having the Royal Rumble winner out and out get his single’s shot at the WWE World Heavyweight title? Probably. But in this case, I believe it’s yet again WWE manipulating their smart (mark) fans. I’m not sure how long they can continue to do this, but by placing Daniel Bryan in the match, the people who were tweeting #CancelWWENetwork will be back for the Fast Lane show. It’s a very smart move.

But what they do risk is getting Reigns further booed out of the building. Their writing isn’t smart enough right now for him to be over with those fans. Bryan is still the fan favorite, and really, the people’s choice to face Brock Lesnar in the main event.

If Bryan wins and Reigns doesn’t turn heel, he could use the full year to kick everyone’s ass and go for his vengeance. I know I’m intrigued.

What a week for MMA and cheating. Not only do the main eventers from the last big UFC show fail their drug tests, but Jon Fitch, who recently lost to Rousimar Palhares at the last WSOF card, also failed his drug test.

It’s really a tale of two types of fighters when it comes to their vocal stance on drugs. As we all know, Nick Diaz will never stop smoking weed. When he doesn’t fail, it’s because he’s timed his smoking correctly. And when he does, it’s because he doesn’t care. There could’ve been some anxiety for him this go-round with him flying in late so that he didn’t have to do the public workout or be filmed by UFC’s cameras.

But with Fitch and Silva, they’ve spoken out about PED abuse in the past. Is it a situation for Fitch as to where he saw so many guys have successes with PEDs and he just joined the club? Or was he lying about the past situation? For Silva, was it more about him coming back from injury than anything else? Or has he been using in the past too? Silva didn’t fail for just one steroid. He actually failed for two.

For the UFC, two of their greatest three fighters in the last five years have failed drug tests. And the one who was always rumored to be juicing isn’t fighting for the company because he doesn’t think their drug testing is strict enough. Interesting times.