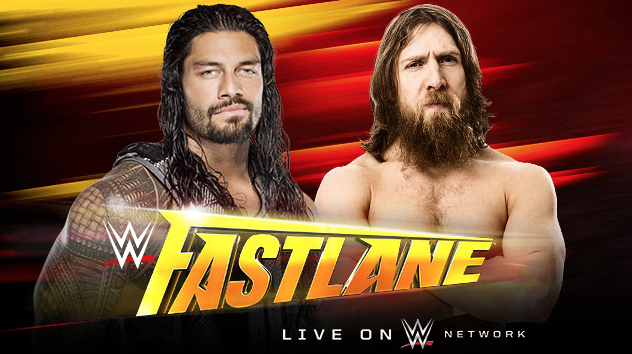 The road to WrestleMania 31 continues.

The six-man tag opens the show.

The match was a backdrop for the return of Randy Orton.

Dolph Ziggler made the hot tag and went wild, but got caught as Kane caught him and Big Show gave him the knockout punch. Kane pinned him.

Rollins hit the curb stomp on Ziggler and Rowan. Orton came in and gave RKOs to everyone except Rollins. He was about to do the draping DDT on him, but Big Show pulled him out.

Dusty Rhodes and Goldust did an interview in the back. Dusty said he loves both boys and doesn’t want Goldust to hurt Cody. Goldust said he’s not wrestling Cody, he’s wrestling Stardust. He said he won’t stop until he gets his brother back.

Goldust beat Stardust in what looked to be a botched finish where Goldust little brothered his arms and rolled him up. The referee didn’t quite hit the mat for the third time, so maybe he forgot what was going on.

The match never really got going. A lot of the stuff wasn’t smooth. Cody came out with different gear. He wore the face paint, but not the entire body suit.

Goldust tried to get Stardust to shake his hand, but he barely gave him five.

Goldust and Dusty were talking. Stardust started to pound Goldust with right hands. Dusty tried stopping him and Stardust went through all of his gimmicks in about 10 seconds and said Dusty killed Cody.

The Usos Vs Cesaro and Tyson Kidd

We have new tag team champions.

That was a fun tag title match. Lots of back and forth with dives, super kicks, and really good wrestling. Jimmy Uso super kicked Cesaro out of the ring, but Kidd caught him in his spinning fisherman’s neckbreaker.

Natalya was dressed sexier than normal and kissed Tyson at the end of the match. Naomi came out with the Usos but didn’t do anything.

Sounds like we’ll get a rematch at WrestleMania, which is a good thing.

Triple H came out and said that Sting tried to put he and Stephanie out of business, much like he helped put WCW out of business. Sting came out and didn’t say anything. He just stood there. Triple H said they could do it one of two ways. Sting could go away and they’ll sell all his merch and make him bigger than he’s ever been. Or, Triple H could erase him from history.

Triple H tried to jump him, but Sting caught him. H was able to sucker punch him again and went to get the sledge hammer. He came back inside the ring and Sting had the bat. Sting put it to Triple H’s throat and backed him into the corner. He pointed at the WrestleMania sign with the bat. He was walking out and Triple H tried to jump him again, but Sting hit the Scorpion Death Drop.

Paige was about to put on the Scoripion Cross Lock, but Nikki reached the ropes. She tossed Paige face first into the second buckle and rolled her up. She held the tights for the pin.

This is a weird night.

Ambrose was disqualified, though, the referee called for the bell and it didn’t ring. It was unfortunate as I think a lot of folks expected this to be the sleeper match of the night.

They did the entire Undertaker entrance with the druids and the gong. They brought the casket out to ringside, but instead, Bray Wyatt was in it. 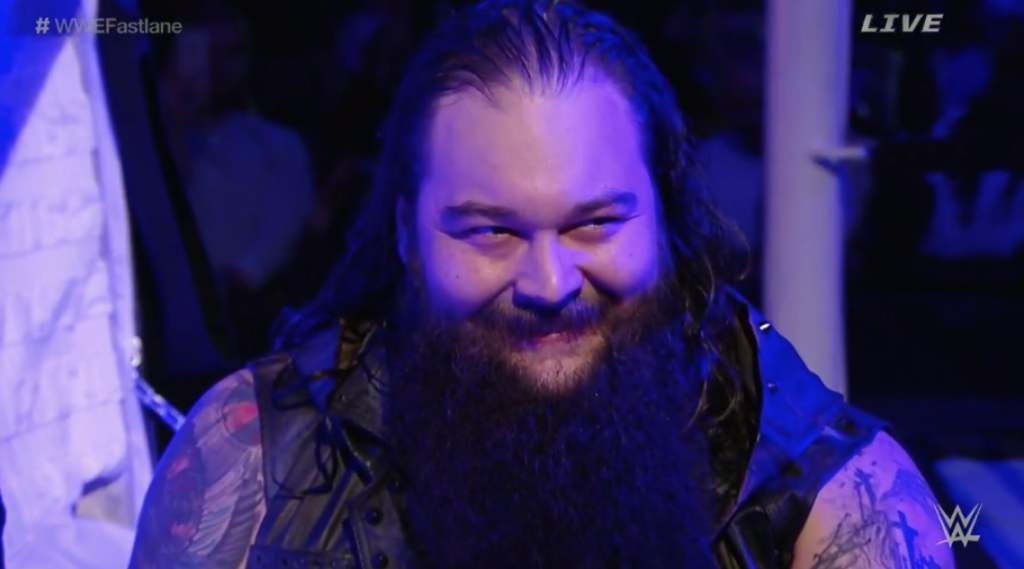 Slower match to start, which was good because it got the crowd to pick up once they started doing the heavy offense. Cena got Rusev in the STFU and it was a better one than usual. Rusev powered out. Then he picked up Cena in Bob Holly’s old Alabama Slam finisher. Cena caught him in the STFU again, but he got the ropes. He hit the Attitude Adjustment, but Rusev kicked out.

Cena went to the top and dove on Rusev, but Rusev caught him in a sit down slam. Rusev put on the Accolade and after some time, Cena powered up. Lana interfered, which allowed Rusev to kick him low and then hit the super kick while Cena was on his knees. Rusev put the Accolade back on and Cena was out. He didn’t tap though. Referee stopped the match.

Early Roman Reigns/Daniel Bryan chant. It was about 50/50.

Like the Cena match, it started slow to build up the crowd. Bryan did three dives to the outside on Reigns but he caught Bryan on the third one and gave him a belly to belly on the outside. But he missed a spear and hit the steps.

Reigns went for a spear but Bryan small packaged him. Bryan hit the running knee and Reigns kicked out at two. The crowd is finally getting into it. Bryan put on the Yes lock. Reigns powered out. He got the mount and fired elbows at Bryan. Bryan grabbed him in a triangle and Reigns turned it into a sitdown powerbomb. Ref started to count both of them out.

Bryan started his kicks routine and then hit the big one. Bryan went back into the corner to set up the running knee again and Reigns hit a spear to win the match.

Bryan got up in Reigns’ face and told Reigns he better kick Brock Lesnar’s ass and shook his hand.