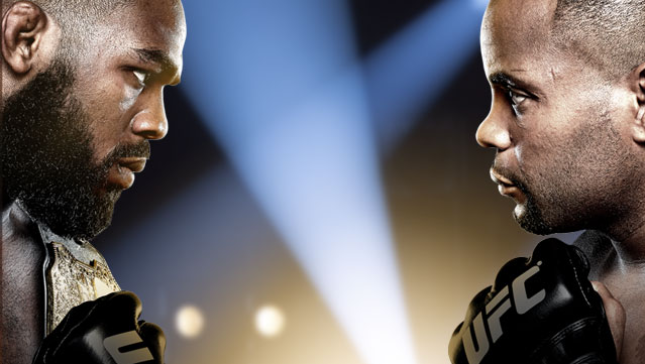 Welcome to our UFC 182 live coverage.

Burkman did a good job with his hands, sticking and moving and making Lombard come to him. Lombard already looked to be getting tired. Lombard landed a good short right hook and landed some nice leg kicks.

Lombard patiently backed Burkman against the cage which closed the distance and would wail on him. He landed some big shots which knocked Burkman off-balance and changed the momentum of the fight. Burkman would land a nice counter hook. Lombard may have been too patient as he let Burkman get his wits back.

Lombard punished Burkman with leg kicks and Burkman was retreating the entire round. Burkman would land a hope punch every once and a while, but Lombard did enough with some big shots to win the round and the fight.

Horiguchi is faster than fast. There wasn’t much going on for as fast as these guys are, but Horiguchi won the round based on being slightly more active.

Horiguchi picked up the pace a bit. Gaudinot grabbed a head and arm choke while standing. Horiguchi got a takedown late. He won the round based on striking.

Horiguchi wins the third round as well. I expected a little bit more, but Gaudinot knew he out-quicked and didn’t engage enough to do much in the third round.

Nate Marquardt got old on us. Tavares looks quick and Marquardt is slow, especially in his reactions. It was essentially a striking match and outside of trading front kicks, Tavares was first every time.

This fight isn’t much for sure. Poor Marquardt is a statue here. Tavares didn’t do much, but he did more than Marquardt, including a nice jab. Tavares reversed a takedown.

Tavares continued the same pace in the third and won an easy decision.

Round one was all Cerrone. He had an oma plata locked, a rear naked choke locked, and there was an arm bar attempt. Jury got out of the oma plata, but gave up control.

Cerrone looks really good here. He’s landing kicks, including a round house to the head. Jury hasn’t been able to do anything that he wants.

The fight went to decision, but Cerrone ended the round viciously. Jury was on his back and Cerrone was winding up and kicking him hard on the back of his thighs. He won this one easily.

The main event needs to save this show.

Jones caught a Cormier kick and tripped his other leg and put him down. Cormier was back up fairly quickly, but he fell awkwardly. It’s very competitive on the feet. The size advantage is even bigger than I thought it would be. Jones hit him with a straight left and it got Cormier’s attention. Cormier landed one good right hand and some jabs. Cormier got inside and landed an uppercut and some inside punches. It ended really well for Cormier, but Jones probably wins the round.

This is a brutal round. Jones is hitting him with lead short elbows, using it like a jab. Cormier is fine being in the clinch range and using nasty uppercuts to batter Jones. Jones’ will may have taken a bit of hit. DC nearly rag dolled him near the end of the round, and tossed him against the cage. I’d give Cormier the second round.

Cormier’s eye was poked and Herb Dean warned Jones to not do it again. Cormier went for a single leg and nearly had it, but Jones escaped. Jones with the short elbows again. Cormier couldn’t land the same blows as in the second. It was more of Jones’ round, even more so than the first. Cormier ended it strong and Jones’ pulled guard for some reason at the end of the round and Cormier was on top of him punching as the round ended.

Jones got a takedown, but Cormier was back up. Jones got him again. Jones let him up and has him pushed up against the cage. Jones tossed him again as the round ended and pushed his head down while Cormier was on the ground. This was a clear round for Jones. I have him up 3-1.

Cormier showed a very brief glimpse of offense, but Jones clinched him and pushed him up against the cage. Cormier couldn’t do anything. He tried very hard to take him down, maybe as a pride thing. He finally got him down once, but Jones was back up quickly. At the end of the round, Jones put his hands up a couple seconds early before the round ended, Cormier stopped fighting, and Jones hit him. I have Jones 4-1.