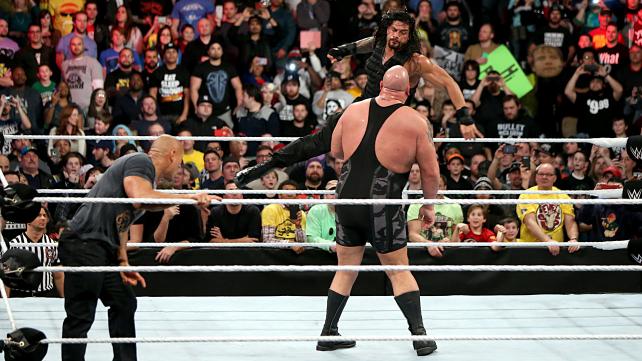 What stories make the top five this week?

It was quite the busy week for the third week in January.

Before we get to the actual top five, here are some other stories that made waves last week.

Thank you fight fans! #UFCBoston on @FOXSports1 peaked at 3.1 million viewers and was the most watched MMA event on cable since 2009.

– Brandon Rios had his way with Mike Alvarado in their third fight against each other. Most thought Alvarado looked like a shell of himself and with his latest run-in with the law, people were worried for him. But that’s not even the worst story in boxing. Jermain Taylor needs help.

– Benson Henderson, a week from losing a match most thought he won against Donald Cerrone, is replacing an injured Bobby Green in April and will face Jorge Masvidal in April.

– Oscar De La Hoya is launching a lifestyle cable channel called De La Hoya TV. He should’ve asked Oprah about how hard that is. He also let us know that Canelo Alvarez has signed on to face James Kirkland. So much for Canelo vs Cotto.

– King Mo is replacing an injured Bobby Lashley on Bellator’s next big show at the end of February and will face the much larger Cheick Kongo.

– Cung Le has retired from MMA, so it doesn’t look like he’ll finish his UFC contract and go to Bellator.

– Mirko Cro Cop was re-signed by UFC (mostly to keep him away from Bellator) and he’ll face Gabriel Gonzaga in Poland in April. Duan says he wants to go since he was there for their first fight.

– BJ Penn had his own run-in with the law after beating up his own friend.

– With WrestleMania 31 only two months away, it was finally announced that WrestleMania 32 would be at AT&T Stadium in Arlington, Texas.

Jon Jones spoke with Charissa Thompson from Fox Sports and discussed his recent drug test failure for cocaine. It was nothing surprising and he said what you’d expect him to such as he doesn’t have a problem and how he’s not going to blame anyone but himself. In short, it’s quite hard to believe everything he’s saying.

Haymon is definitely gung ho for his new boxing project. After signing a deal to work with NBC for prime time boxing specials, he also signed a deal with Spike TV and there may be more to come. Kevin Iole wrote that Andre Berto against Josesito Lopez and Shawn Porter against Roberto Garcia will headline the first card in March.

His second NBC prime-time fight has already hit a snag. Danny Garcia and Lamont Peterson won’t be for their junior welterweight titles. It will be non-title and at a 143 pound catchweight.

3. Manny Pacquiao could face Amir Khan next if the Mayweather fight doesn’t happen.

Manny Pacquiao has been doing media for his Manny documentary which is already on iTunes. He was on Adam Carolla’s podcast. In doing the media, he’s also been quite vocal about the Mayweather fight saying that he’s agreed to everything and that it’s solely on Floyd. Stephen Espinoza says not so fast.

But what also came out is that much like Mayweather has Miguel Cotto as his fallback plan, Pacquiao is looking at Amir Khan in late May as his fallback. That fight is the much more interesting of the fallbacks.

2. Anthony Johnson is the number one contender for Jon Jones.

While I definitely believed Anthony Johnson had a shot at putting Alexander Gustafsson away, I didn’t think in my wildest dreams that he’d make it look so easy. Rumble knocked out Gustafsson in the first round and is now next in line for a shot at Jon Jones.

Unfortunately for Dan Henderson, he won’t see a title shot any time soon and probably never again (at least in the UFC). Henderson was stopped by Gegard Mousasi in the first round and came out of it with a sliced eye lid. The MMA legend had to wear an eye patch, but at least had a sense of humor about it.

Good thing my wife is a nurse, she fixed me up #noneedforstitches @ufc

1. Roman Reigns is going to WrestleMania.

Roman Reigns won the Royal Rumble, but he was just about the least popular person in the arena in Philadelphia. Much like last year when they didn’t want Dave Batista to win, the fans were unhappy and made it known quite loudly. Once Daniel Bryan was eliminated, the fans knew that Reigns would win and let him have it when he entered and then again when he won.

Not even the Rock could save him from the boos.

All was not lost. Brock Lesnar beat John Cena and Seth Rollins in a fantastic WWE World Heavyweight title match. He looked so good in doing so, there’s no way that the fans won’t cheer him vociferously if he faces Reigns WrestleMania.