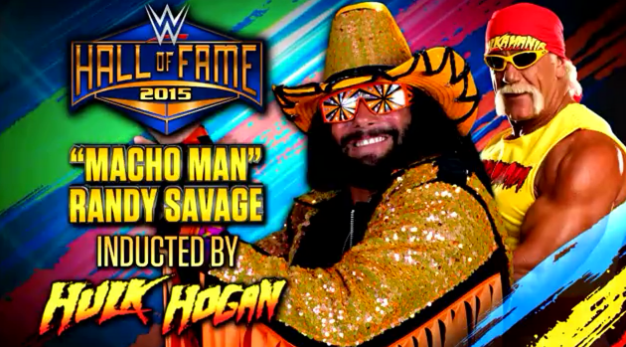 As I mentioned in our first Top Five column, WWE is going to more than likely start hot-shotting angles because of how bad their ratings have been. And it will get worse this week thanks to the BCS National Championship game before it gets better. So what was the first thing they hot-shotted?

Yes, they hot-shotted their own Hall of Fame announcement. According to Dave Meltzer, WWE leaked the information to TMZ so that they could get the word out that Savage was going to be announced for the Hall Of Fame on Raw.

The reason the Randy Savage Hall of Fame announcement is tonight and WWE told TMZ to leak it out first is because they were looking for mainstream interest. The ratings the last two weeks were really bad and with the national championship game with Oregon vs. Ohio State head-to-head, they, coming off the weak shows, could have the lowest rating of the last 17 years. The decision had been made long ago for Savage to go in, but making the announcement tonight instead of on the 26th was due to the reality of what could happen with ratings tonight.

However, it was a nice moment on a show lacking nice moments these days. Throughout the show, wrestlers were doing Randy Savage, “Oh yeah!” impressions. Some were good (Roman Reigns) and some had never watched a Randy Savage promo in their life (Paige). They also produced a video about him.

Hulk Hogan will induct him and it sounds like the poet laureate Lanny Poffo will accept for his brother.

John Cena was in the ring to start the show and was happy-go-lucky Cena. When he acts like this, we should just call him Johnny Cena. Even though he was “responsible” for Ryback, Erick Rowan, and Dolph Ziggler losing their jobs, he wasn’t all that broken up about it. He threatened to win the belt at Royal Rumble and go home and put it on ice. Sure, no one believes that Cena would go home and not work.

Triple H and Stephanie McMahon came out to mock him, but also give him a chance to get his three pals their jobs back. He had to win a match. Cena expected a handicap match, but Triple H said he simply had to beat Seth Rollins in a Lumberjack match. Unfortunately for Johnny, it was all heel lumberjacks. Cesaro swung him. Big Show punched him. Rollins pinned him.

Heyman and Brock Lesnar came out and cut an unmemorable promo about the difference between Cena and Rollins (fantasy) and Lesnar (reality). Heyman would have his A game on in the main event segment though.

Seth was backstage and Brock confronted him which ended in a cool staredown.

The main event segment was a contract signing between Rollins, Lesnar, and Cena. The Authority introduced them all into the ring. Heyman cut the first promo and it was quite the riddle. He commended Rollins for his plan to bring the Authority back, which was bad for Cena, which was good for Lesnar, which was best for business. Really, I can’t justify it. The presentation was incredible. He also said that he’s upset that it’s a triple threat because he’s worried about the double cross since Brock doesn’t have to be pinned to lose. Cena looked gobsmacked.

Seth showed his first real nastiness as a heel. He interrupted Heyman saying that he has Plan A (him winning at Rumble) or Plan B (the briefcase). Brock spoke up reminding everyone that he beat the Undertaker, Triple H, and Cena. Cena wanted to get the contract signed as quickly as possible and the others signed as well. And then, all hell broke loose.

Rollins swung and missed at Cena, Cena pushed him into the corner. Brock suplexed Cena. Then suplexed Rollins who did a full rotation. Cena hit the F5 on Brock through the table they used to sign the contract. Rollins curb stomped Cena and then took a look at Brock who was still struggling to get up. Heyman screamed at Rollins not to do the same to Brock. But he did it anyway.

While Seth has been fantastic, I thought he was lacking when it came to main event stature and charisma. That was not the case tonight. He and Heyman carried the segment together and he came out of it like a badass.

On the other hand…

If Seth was just about perfect on Raw tonight, Dean and Roman were the opposite. It’s absolutely not their fault as the writing of both of their characters suck right now.

Hot off Ambrose losing to Bray Wyatt yet again, he was back on the show doing comedy. Stephanie didn’t think he was fit to be in a match so she made him go through a psychiatric evaluation. The psychiatrist gave Dean some objects to look at for him to say what he sees. This is exactly the same idea as the terrible Smackdown to Thursday commercial. This happened over a few segments. Dean was funny in some instances in his delivery, saying, “Hoooo!” when he saw a photo of Hacksaw Jim Duggan and saying the same thing when he saw a photo of Stephanie. Dean then turned the tables on the psychiatrist and evaluated him. The psychiatrist had a crazy fake cry and it absolutely went to shit. Dean tricked him into signing off on his evaluation, which allowed him to participate in the Rumble.

But that was not all for Mean Dean. He then replaced Ryback in his match against Rusev. But because he was injured from the match last week, he had a bad wheel and eventually the match was stopped by the referee because he couldn’t stand up. It was fun for the time it lasted. But not only did Dean lose the match, Rusev laid him out with his kick when he finally got back to his feet.

Reigns wasn’t much better. The Big Show cut a promo on the fans, saying that if they were Reigns fans, they must be losers because he’s a loser. He compared him to the New York Knicks. Since they were in New Orleans, couldn’t he have compared them to the Saints, who didn’t make the playoffs?

Reigns walked to the ring and told a story called Roman And The Beanstalk. It was a terrible, terrible idea. It ended with him calling Big Show a loser. He then had to face Luke Harper, who he beat. But of course, Show left him laying at the end.

So out of three of your main babyfaces, they were left laying by the end of the show.

– Hulk Hogan, Shawn Michaels, Ric Flair, and Razor Ramon will be on Raw next week.

– The Miz beat Jey Uso. The Miz and Mizdow did a couple segments earlier, making fun of the Golden Globes.

– Daniel Bryan did an interview, discussing the last time he was in New Orleans winning the WWE title. Stephanie interrupted him and tried to downplay him because of injury, but he said he was healthy and ready, getting the crowd to chant with him. Stephanie said that if he’s ready, his first match won’t be at the Rumble, but instead, he’ll take on Kane at Smackdown, which moves to Thursday. Kane came out and beat him up a bit, but Bryan came back on him and showed fire like no babyface has on the roster today.

– Bray Wyatt, well, I know he said something, but I was completely disinterested as I always am.