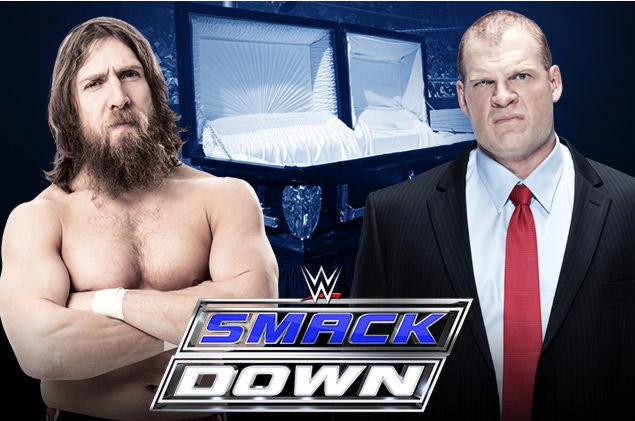 We’ll do it time capsule style. Follow along our live Smackdown report!

5:03PM – Triple H says, “Welcome to Monday Night Raw!” Yes, he did it on purpose to explain the snow storm. He discusses the issues with the storm and portrays the WWE as going against the grain not only to get Raw on TV, but also to do the show on Hartford tonight. He also mentioned them going over the one-million mark in subscribers for the WWE Network. He also talks about going face-to-face with Sting at Fast Lane.

5:12PM – Roman Reigns comes out to confront Triple H. Reigns says that he won at Royal Rumble and that means he’s going to WrestleMania. Triple H brings out the Big Show. Um, yay?

5:30PM – It was a long match and much longer than it needed to be. The announcers were saying that if you’re going to beat Brock, you’re going to have to dig deep like Reigns was doing against Big Show. Show was going to the top rope and Reigns hit him with two Superman punches and then slammed him from the top. He hit the spear and got the three count. The crowd cheered him tepidly.

5:31PM – They cut to a “live” segment with Vince McMahon talking about how they are offering a the WWE Network for free during the week of February. The Fast Lane PPV is included.

5:41PM – Seth Rollins came out and said he was one second away from pinning John Cena. And he talked about breaking Brock Lesnar’s rib. He issued a challenge to anyone in the back. First Ryback came out. Then Rowan came out. Finally, Dolph Ziggler came out. Rollins and J&J fought with all three men, but were finally sent to the back.

5:44PM – Kane hyped the casket match for later on saying that he was going to end Daniel Bryan. Kane’s been in a countless number of these. Bryan has been in none. Shouldn’t Kane be favored? 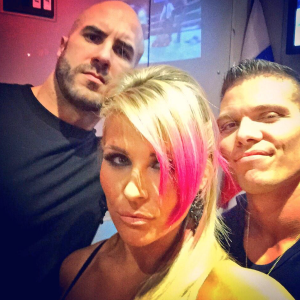 5:45PM – Jey Uso faced Tyson Kidd in a fun match. It wasn’t a long match, but it was fast paced with Kidd winning with a spinning cradle suplex as Big D called it. On Twitter, Natalya called Tyson, Cesaro, and her, the Catitude Era. Jeez.

6:00PM – Rusev came out to say that he’s undefeated and is better than John Cena and that Cena is from the past. Cena came out and he was heated. He said that he was the face who runs the place and gave out his credentials. I wish he was this fired up for every promo. Lana told Rusev not to waste his time. Cena’s doing the woman hating stuff calling her a ho. It comes off as terribly outdated, completely out of touch, and bullying.

6:07PM – They announced that Paige will face Nikki at Fast Lane. The Bellas beat her up backstage.

6:29PM – Bray Wyatt did another promo that pretty much means nothing.

6:34PM – For those going to WrestleMania, Axxess tickets go on sale this Saturday.

6:58PM – Good Lord this match. It went on forever and forever and then kept going. There was only one spot where it seemed that Bryan could lose, but if you looked at the clock, it came too early. He had Kane in the casket several times, including putting the Yes Lock on him inside the casket which was goofy. Finally, Kane was hanging on the ropes and Bryan hit the ropes on the other side and hit him with a flying double knee and locked him in the casket to win the match.