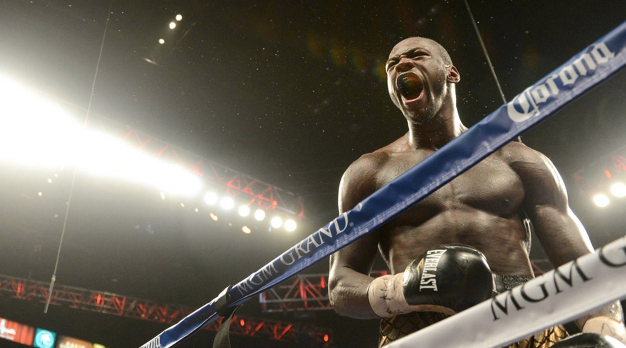 What’s the top story this week?

We debuted the Top Five last week if you missed it.

Before we get to the top five, there are a few other stories that are necessary to mention. First and foremost, Happy 73rd birthday to Muhammad Ali.

If you missed New Japan Pro Wrestling on AXS, we’ve put it up. Word is that episode three, which airs next week right after episode two, is an amazing show.

Kimbo Slice is back! The big man was signed to Bellator earlier this week. Who is going to face him? Maybe someone like Bobby Lashley in a clash of the heavyweights or someone like Tito Ortiz who needs to fight guys slower than he is? Lastly, it was announced that the Macho Man, Randy Savage will be going into the WWE Hall Of Fame and inducted by none other than Hulk Hogan.

5. Jon Jones leaves rehab after only one day.

It seems like it was all a PR stunt now that Bones was in rehab for just one day. And it was his mom who told everyone about it. The UFC fined him $25,000 for breaching their code of conduct policy. And he’ll be on Fox Sports Live on Monday in a taped interview. In a preview of the interview, he stated that he doesn’t have a story or friends to blame. He just screwed up.

And yet, the one thing that should be discussed more is the fact that his testosterone levels were amazingly low on his test for PEDs. If his levels were that low, he’d have to be really sick. What alarmed some people with the low levels is that it’s usually a sign of someone coming off steroids. But because low levels are counted as within the proper range, it will probably never be brought up again.

4. According to Oscar De La Hoya, Miguel Cotto vs Canelo Alvarez is off.

While I love the idea of their fight, the actual news that a fight that wasn’t signed yet being off the table isn’t huge news. But what this fight being off could possibly mean is big news.

Oscar tweeted (which I can’t find any longer) that the fight was off and that he thought it meant that Cotto would instead be fighting Floyd Mayweather, killing the proposed bout with Manny Pacquiao. Dan Rafael wrote about the same thing. If Mayweather/Cotto II is signed, the collective groan from boxing fans may break the sound barrier.

Conor McGregor destroyed Dennis Siver on Sunday night, setting up a big fight with Jose Aldo in May at Las Vegas. McGregor was all over Fox on Sunday, doing inset promos during the NFC Championship game between the Seattle Seahawks and the Green Bay Packers. And he walked his talk.

After beating Siver, he glanced around the cage and immediately sprinted toward one side. He leaped over the octagon and jumped into the crowd going nose to nose with Aldo. Aldo smiled while McGregor stuck his tongue out at him.

McGregor essentially skips over Chad Mendes, Frankie Edgar, Ricardo Llamas, and Cub Swanson for the title shot. But I don’t think the public cares. McGregor vs Aldo is the fight to make.

Al Haymon hosted a press conference this week to introduce his new boxing project that brings back boxing to broadcast television in prime time.

From their press release:

The host of PBC on NBC will be seven-time Emmy Award winner Al Michaels, who called the classic championship bout between “Marvelous” Marvin Hagler and Thomas “The Hitman” Hearns 30 years ago this April.

Also scheduled is Danny Garcia against Lamont Peterson on April 11.

Deontay Wilder simply wanted to hear that words and after beating Bermane Stiverne, he was able to hear them. The guy who many wondered if he had what it took after being carefully booked for so many years passed his first test and now has some gold to go along with his bronze medal.

He’s the first American heavyweight to hold the strap since Shannon Briggs in 1997. And he’s probably going to be headlining one of those Premier Boxing Champions cards soon. Duan wants to see him with Tyson Fury. See you next week.