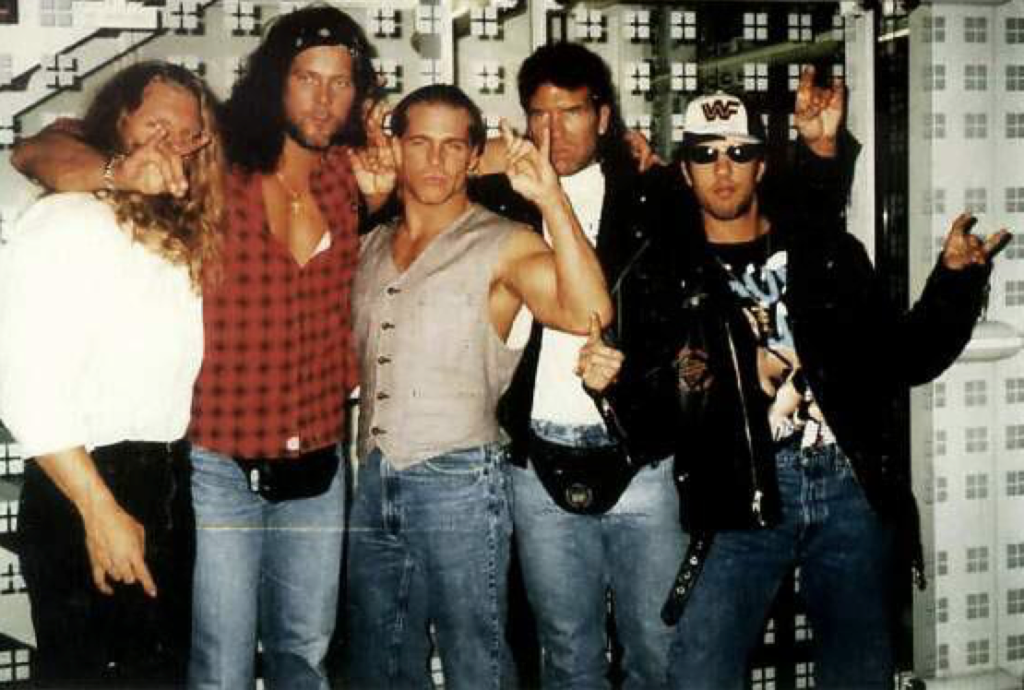 Don’t confuse expansion with destruction… the Kliq owns… this… business.

This episode of the Monday Night War profiled the more than infamous, extremely controversial, and extremely important backstage unit known as the Kliq. Folks who were around during the mid-90s knew the name of the Kliq all too well, as well as their antics. While there have always been many backstage groups, none mattered quite as much as the Kliq.

Whether you like them or hate them, you cannot deny the absolute impact that the group of Triple H, Shawn Michaels, Kevin Nash, Scott Hall, and Sean Waltman had on the Monday Night War. The talent can also not be denied. You can make jokes about Kevin Nash all you want, but you can’t deny that all of these guys were talented and had a tremendous love for the wrestling business.

The politics of the Kliq were spotlighted early on in the episode, including an interview with one of their victims; Shane Douglas, who spoke of the incredible backstage power that the Kliq had. Of course, Bret Hart is interviewed and he speaks about the politics and Shawn shoots that down, stating that they established a strong friendship with Vince McMahon and showed no fear whereas other members of the roster did. I’m sure there IS some truth to THAT.

The story then segues into the defection of Scott Hall and Kevin Nash to WCW, covering everything including the Madison Square Garden incident when they broke kayfabe, to Triple H’s burial in the WWF, to the formation of the New World Order. I was very happy they actually gave a segment to Waltman’s defection to WCW, complete with interviews. Nash talks about how rough it was for Shawn to be champion during the time when the NWO was gaining momentum and getting hot and Triple H thinks Shawn was a bit bitter. Pat Patterson elaborates more on Shawn’s attitude in that era. I LOVED this. THIS is what I’ve been wanting out of these documentaries!

The episode discusses Shawn’s back injury in early 1998 which would lead to a four year retirement. Shawn admits how much of a mess his life was for WrestleMania when he had to drop the title to Austin, admitting his demons were completely consuming him. Shawn’s injury would prevent him from enjoying the fruits of his labor. The night after WrestleMania, Waltman returned to WWF and Triple H’s real push to the top began.

The narrative then focuses on WWF shifting the tide in the war after WrestleMania and taking over the ratings war. Nash denied using his booking power for his own good (ending Goldberg’s streak; Finger Poke of Doom). Like I said in the review of the Goldberg episode, those two events really began the 1999 downfall of WCW.

What shocked me is that there was a clip shown from the ABSURD episode of Thunder where Nash was put on commentary and went into business for himself. So when the book on the Death of WCW is written (and it has been… twice)… Kevin Nash is totally one of the individuals to blame for the fact that this company no longer exists.

We get a brief mention of the return of Hall and Nash in 2002 and how it reunited them with their pals. 2002 also featured the return of a born-again Shawn Michaels to the ring in a memorable feud with Triple H. All was capped off by their reunion during Shawn’s Hall of Fame Induction in 2011.

I legitimately enjoyed watching this! I almost feel like if they tossed out the DX episode and merged the good bits from it and the NWO episode, you’ve got a pretty decent episode on the Kliq. I guess because Hunter and these guys still have stroke, even to this day in WWE, they can politic to make their episodes more compelling than you’d think!