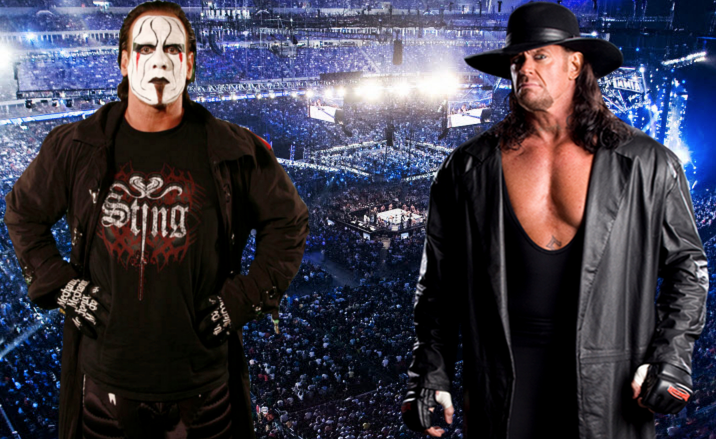 We are now on the fifteenth episode of the Monday Night War series and I thought it would be a perfect time to recap what we have learned thus far. I don’t know what’s more insulting; the revisionist history, the lack of depth, or the fact that on literally every episode, the same exact story is told over and over with a complete lack of self awareness.

What have we learned thus far?

1. Ted Turner is a ruthless and selfish billionaire who wanted to put poor old Vince McMahon’s “little engine that could” out of business. But McMahon’s creative genius and innovative and contemporary form of entertainment saved them and helped him crush Billionaire Ted. McMahon also changed wrestling with Raw but Bischoff, well he was just being dirty!!

2. WCW opened up a checkbook and took all of WWF’s top 80s talent while WWF, being the vastly more intelligent and less egocentric of the two groups, used WCW’s 90s mid-card talent and made them into superstars.

This episode is called “Foundations of War” and focuses on both Sting and The Undertaker. Other than having extremely dark characters during this era, the only thing these men had in common is that they did not jump ship during this era while others did. So what it sounds like to me is that WWE didn’t feel like creating two separate episodes for each of these legends, and rather just spliced them into one. But the Rock and Chris Jericho deserve their own full episode?

Let me preface by saying this: Sting and the Undertaker are two very important pieces of the Monday Night War era. Undertaker was the top heel of the most financially consistent live gate loop in the history of the WWF. Even though one could make an argument that Vince was the top heel, it was the Undertaker who headlined the sold-out towns with Steve Austin in 1999. Sting was the primary protagonist in the single biggest long-term WCW storyline in its history since the Turner purchase in 1988. Sting’s sixteen month build to face Hulk Hogan was a record breaking angle, headlining Starrcade 1997, the most purchased and highest grossing WCW PPV of all-time. His character was so powerful that he didn’t even need to say a word.

Did they deserve to have their stories told individually? I’d say yes.

Unlike previous episodes of this series where the lies and hypocrisy take the forefront, the big issue I have with this episode is how disjointed and sloppy this episode is put together. I feel like they were trying to tell a number of different stories with a lack of focus. The episode shifts from Undertaker’s 1990 debut, to a very abridged version of Sting’s run in WCW, to Flair and Hogan defecting, to Randy Savage.

This episode paints Sting and the Undertaker as WCW and WWF’s franchise players. Wouldn’t it have been nice to get interviews from the guys in question? Seriously, there isn’t one. I understand that Sting was probably not available when they put these together, but they had nothing canned? WCW put out a Sting documentary in 1998 so why couldn’t they pull from that? And Undertaker? He’s been on a number of WWF documentaries since then.

The episode focuses on Sting going from the number one babyface in the mid-90s to having to take a back seat to Flair, Savage, Luger, and Hogan. I’d LOVE to have heard HIS thoughts rather than everybody else’s including a very insulting comment from Hulk Hogan when he insinuates that he is a “main event type wrestler” and Flair and Sting weren’t.

There’s a shift in Sting’s chracter and he evolves from the fun and colorful babyface to the eerie, black and white Crow imitation, which led to Starrcade 1997. With Sting as champion, despite how botched Starrcade was and how botched the aftermath was, WCW continued to triumph over WWF in the ratings. They blame Sting joining the Wolfpack in the summer of 1998 as a reason why his star fell. Without question it was incredibly stupid that the franchise of WCW joins a rival group, but it was only one of many problems with Sting in 1998.

One of the big themes of the episode is evolution and how important it is to keep things fresh and with the times, a lesson that WWE has clearly forgotten today. The Undertaker’s character evolved as more was revealed about his past during his three-year feud with Paul Bearer leading to the debut of Kane, a character still around to this day. The other big theme was how people are drawn to mysterious and creative characters who overcome betrayal and pain with true heroism. Sting and the Undertaker never strayed too far from the foundation of who they were. There were just layers added. This is crucial in keeping characters fresh, and much more important than a bunch of turns (see Big Show).

The episode ends with a lot of the superstars wondering why Sting never jumped and focusing on his loyalty, quite timely considering that just a couple of weeks before the writing of this, Sting FINALLY made his on-screen WWE debut. For the most part, this is a pretty decent episode of the series. They paid respect to both Sting and Undertaker very well and it makes me wonder if they had the idea in mind for a Sting/Taker WrestleMania match at the time this was being edited. But still, I feel both deserved their own episodes much more than many others.