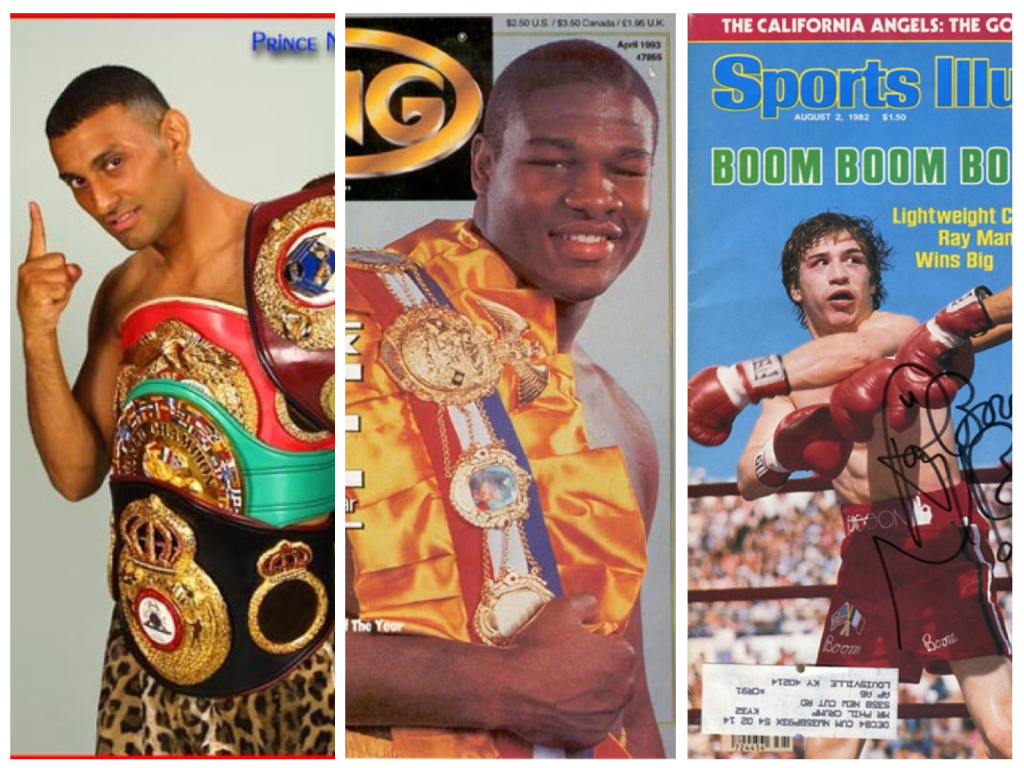 The 2015 Boxing Hall Of Fame class was announced today.

Leading the class is the flashy Prince Naseem Hamed who compiled a 36-1 record record with 30 knockouts. His flashiness and understanding of how to market himself with extravagant ring entrances overshadowed how really good he was in the ring. The lineal featherweight champion retired in 2002 while just 28 years old.

Riddick “Big Daddy” Bowe was also selected to be part of the modern class of the hall. Bowe was a silver medalist in the 1988 Summer Olympics and two-time heavyweight champion of the world. Bowe retired two different times, only to come back – once in 2004 and again in 2008. Big Daddy’s only loss was to Evander Holyfield in 1993.

Ray “Boom Boom” Mancini followed in his father’s footsteps (Lenny “Boom Boom” Mancini) in his boxing career. Mancini was a very popular fighter in the early-to-mid 80s, but is most well-known for defeating Duk Koo Kim in a televised bout. Kim died four days after the fight after suffering injuries. Mancini retired in 1985 at just 24-years of age, losing to Livingstone Bramble twice, but came back in 1989 losing to Hector “Macho” Camacho. He came back once more in 1992, losing to Greg Haugen.

According to ESPN, these are the rest of the inductees: