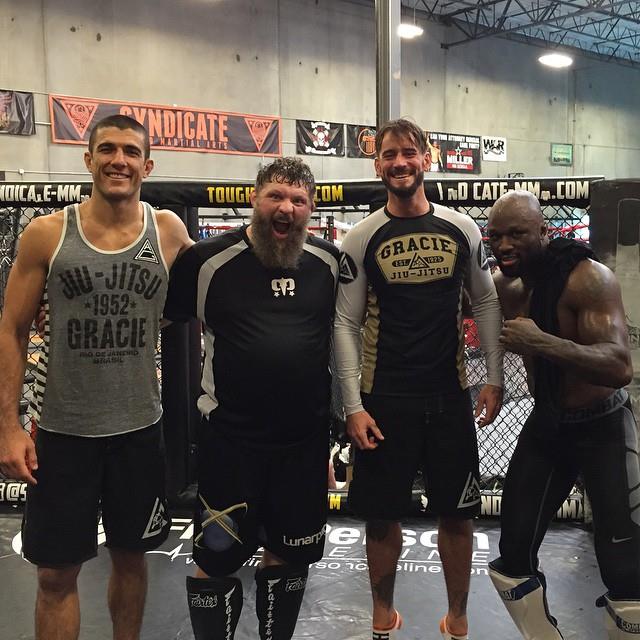 The UFC made a surprise announcement on Saturday night.

Joe Rogan was shown on the screen and to his right was Phil Brooks, aka CM Punk. CM Punk signed a five-fight contract with the UFC. It was something he’d been wanting to try, even before re-signing with WWE in 2011.

When asked what weight he’d fight at, he said probably middleweight, but he’s going to do a test weight cut to see if he can get down to welterweight. Light heavyweight was out of the question.