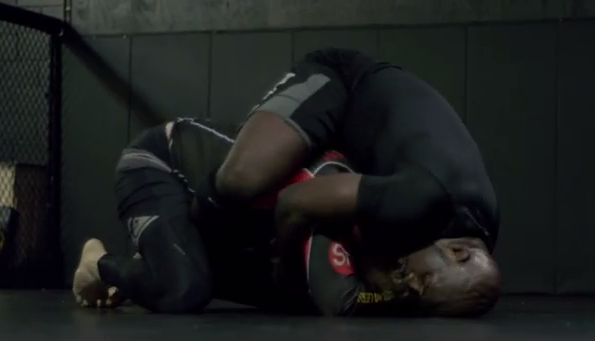 In our latest look at Metaoris 5, it’s time to discuss the Vinny Magalhaes Vs Kevin Casey match.

I don’t know what elephant in the room I should touch on first. Kevin Casey is miles better at Jiu Jitsu than rapping and Kevin Casey is the second fighter to compete at Metamoris while on a drug suspension from the Nevada State Athletic Commission.

Without going into a ton of detail, I am fine with fighters competing in grappling tournaments while on drug suspensions. Opportunities for professional grappling matches like Metamoris are available to those black belts who do well in the IBJFF tournaments. The key to truly cleaning up the sport must come from the IBJFF. The IBJFF has taken steps to clean up the sport but it is truly a difficult endeavor as I don’t believe any sport has “gotten it right.”

Kevin Casey is a Rickson Gracie black belt and is most known from his appearance on The Ultimate Fighter. He has also competed previously in Metamoris. He was a late 3-hour notice replacement for Vinny Magalhaes, but he was defeated that night by Keenan Cornelius. Vinny is very accomplished in Jiu Jitsu and an Ultimate Fighter alumnus as well. Vinny made it to the finals before losing to Ryan Bader in season eight of the show.

Vinny is currently competing for Titan FC and is their champion. Vinny and Kevin will bring their best to the mat, but both men aren’t competing as actively on the Jiu Jitsu circuit as maybe they once did. This will be a good matchup but I’m not looking forward to it as much as I am others on that night.