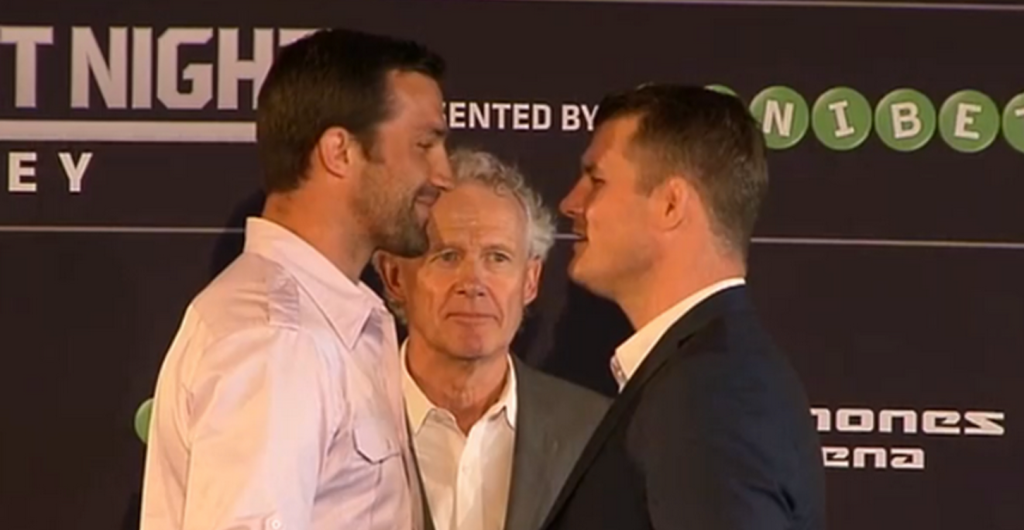 This is one of the better Fight Pass cards we’ve seen on paper so far. Follow along for our live coverage.

There wasn’t much going on in the round, at least based on what you’d expect from both guys, but I’d give the round to Harris as he had most of the big shots in a round in which there weren’t many big shots landed.

The second round was much more like the fight you’d expect. It was a slobberknocker of a round. Palelei was able to close the distance and land, including a sick inside leg kick. As Harris tired, Palelei moved in for the takedown, got it, and and pounded him out. The referee stopped it as Harris wasn’t able to defend himself well.

Winner: Soa Palelei by way of 2nd round TKO

All of the fights on the prelims ended up as finishes. With only three fights left, there’s a good chance the entire card could be decided by finishes.

Hester didn’t look comfortable at all early on. He was off-balanced and unsuspecting of Whittaker’s punches and where they were coming from. He blasted Whittaker with a spinning back-fist and Whittaker took it and didn’t go down. His mouth is busted open. Whittaker blasted Hester and he went down. Whittaker followed up, but Hester was able defend himself and even had a transition on the ground. Still, easily Whittaker’s round.

Whittaker stopped him. He was tagging him and followed up with a knee that put Hester down. He fired some rapid punches and the referee stopped it.

Winner: Robert Whittaker by way of 2nd round TKO

I lost my Fight Pass feed, so I don’t know everything that happened. There were some nice back and forth trades with Pearson coming forward and Iaquinta fighting while retreating. We’ll go with Heidi’s scoring for this one.

Iaquinta blasted Pearson and took him out. He hit him with a right hand which rocked Pearson and then started winging wide punches hoping some would land. Pearson went down again and Iaquinta followed him to the ground to finish him off.

Winner: Al Iaquinta by way of 2nd round TKO

Iaquinta tried to turn Sheiky baby in the post-fight interview.

They clashed heads early on and a cut opened over Bisping’s bad eye. It seemed to bother him throughout and he blamed Rockhold for it even though it looked accidental. Rockhold body kicked him to death. Bisping kept checking his eye for blood. Bisping tried to catch the body kicks and was uncomfortable trying to guess when they were coming and it stilted his own offense. They look like they are in different weight classes. Rockhold is bigger than him in every way.

Rockhold blasted him with a head kick and Bisping went down. Bisping covered up and then came to his feet. Rockhold then went for a guillotine and Bisping tapped out.

Winner: Luke Rockhold by way of 2nd round submission