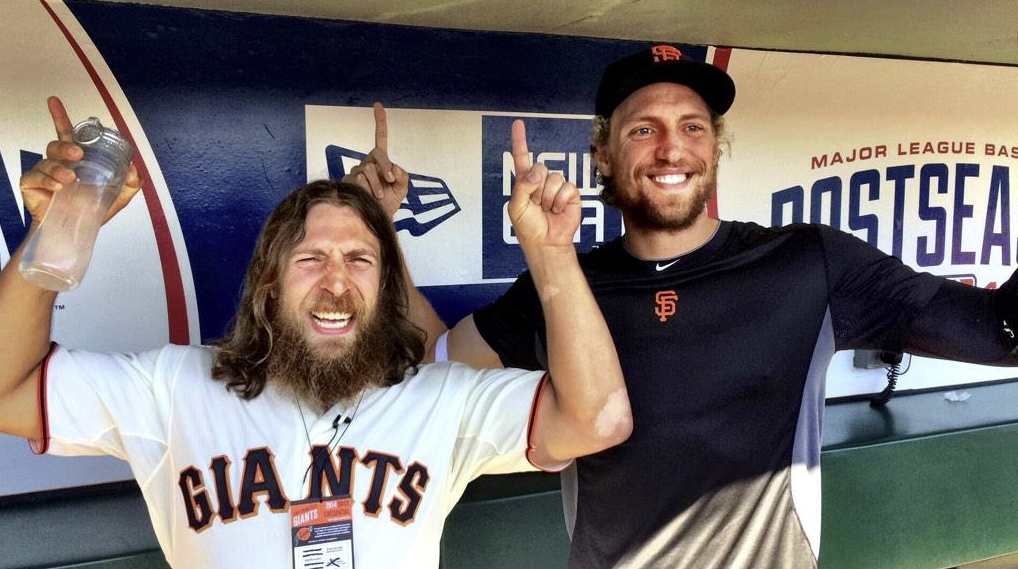 Former WWE champion Daniel Bryan showed up in San Francisco on Monday before game 3 of the NLDS.

Bryan himself got it from Diego Sanchez who would pound his chest and chant, “Yes!” while walking down the aisle.

After the Giants ended their regular season two weekends ago, Pence got the entire crowd at AT&T Park to do the chants with him.

On Monday, Bryan showed up at AT&T and he and Pence were finally able to meet.

When asked about Pence’s version of the Yes! chant, Bryan had no problem with it.

“It’s crazy. I’m just some small-town guy from Aberdeen, Washington just doing my wrestling thing,” he said, laughing. “You see it being done by 40,000 people and you’re like, ‘Oh my gosh!’ It was awesome.”

Here’s Bryan getting involved just before the first pitch: