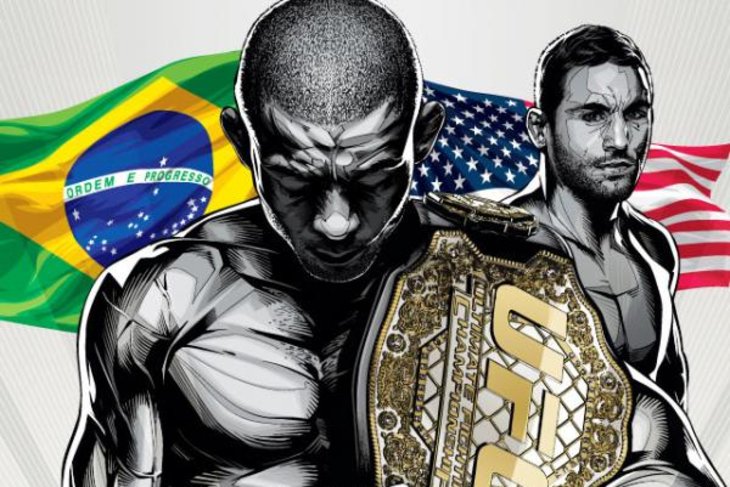 Who wins the Jose Aldo vs Chad Mendes rematch?

We have our predictions for that fight as well as the rest of the main card for UFC 179.

All year, we’re keeping track of our picks for most of the UFC main card fights. In addition to the FGB crew, included in our picks are John LaRocca, president of Premier Wrestling, Heidi Fang from MMA Fight Corner, and Alex Goff from Online World Of Wrestling.

Heidi: Glover Teixeira
Glover Teixeira is coming off of a battle where he went the distance with Jon Jones. Surely, the native Brazilian will aim to rebound against Phil Davis, a highly decorated wrestler from Penn State. Teixeira can disrupt Davis’ takedown ability by using his striking. As seen against Anthony Johnson, Davis aborted his game plan and had no plan B. If Teixeira can deploy a similar game plan, it could be a long night for Davis. The key for Teixeira in executing that will be stuffing Davis’ takedown attempts.

GG: Phil Davis by decision
I’m not so much of a Phil Davis fan that I pick him every time he fights. But I do believe I have an irrational thought process when it comes to Davis’ fights. It could be his nickname, stealing from legendary pro wrestler Paul Orndorff, or because I remember him as such a great prospect. He’s a good fighter, but I don’t think he ever reached his potential.

I agree with Heidi above in that Davis’ game plan isn’t always rock solid. But I think he’s a great athlete who if he decided to stick to his game plan, even if he gets tagged a bit, can eek out a decision. There’s also something about Teixeira’s aura that I think gives me some idea that Davis can win. He’s been hit lately and did lose his last fight against Jon Jones. I think that itself gives Davis some confidence.

Duan: José Aldo by 3rd round TKO
Since they first fought, Mendes has come on some, while Aldo may be starting to slip, but that really doesn’t change the overall fight dynamic much. It’s a style match made to give Mendes hell. He still won’t be able to put Aldo on the mat, which means he will still have to win the stand up battle to win the fight, and that’s something he simply can’t do. Yeah okay, his striking improvements are to be noted, but he’s only narrowing an impossible gap. He’s not going to top Aldo in kickboxing match no matter what. It’s just not happening.

Alan: José Aldo by decision
Conor McGregor says alot of stuff that’s easy to tune out. Let’s face it — 90% of what he says is designed to get a reaction and portray an image. However, he’s worth paying attention to because the other 10% of what he says can be extremely insightful. McGregor has been talking alot about how José Aldo and alot of fighters are just putting miles on the tires and wearing their bodies out in the gym. It really does seem like that is the case. Aldo just doesn’t seem to have the explosiveness and creativity that he had in his younger years. So maybe he’s ripe for the picking. If he is, then the question becomes if Chad Mendes is the man for the job. Chad has had five good wins since he lost in the original encounter between these two, but I wouldn’t call them five “great” wins. I’m not sure that stylistically he matches up well because Aldo is too fast to get taken down and too evasive to get hit with the big punch. Maybe Mendes’ striking has come far enough under Duane Ludwig that he will be able to out-point Aldo in the striking department, but that’s a big maybe and it will require Aldo to have really dropped off, and I don’t think he’s dropped off to that extent.

Mendes gives a good accounting of himself, but Aldo wins a less than exciting 5 round striking battle.

Alex: Chad Mendes by 3rd round TKO
I feel like Jose Aldo’s first victory against Chad Mendes was a fluke. Not that I didn’t pick Aldo to win that matchup, but I feel like Aldo catching Mendes with a knee from a re-shoot was kinda flukey. Chad, who has been a wrestler most of his life, has practiced and practiced that set-up time and time again. The champion expected it and caught him with it. So I guess it wasn’t flukey, but I am talking myself into picking Chad Mendes so ride with me here. I feel like Chad has a good style to beat the champ. Aldo fades late and I feel like a grinding wrestler can make that happen earlier. I can’t remember a fight where Chad looked really bad either. When he fought Nik Lentz he was sick and looked good in that fight (well for a sick guy). I’m picking Chad, but Aldo is an amazing champion and may find himself celebrating in his home country this Saturday night.