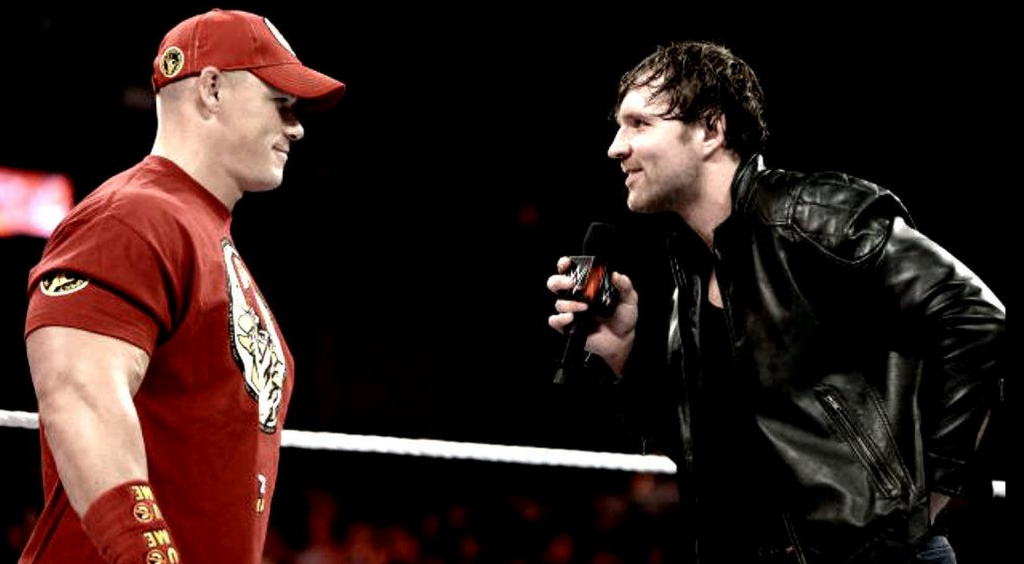 Hell In A Cell is coming up in just over three weeks. How should the main event program be booked?

Over a week ago, on the 9/23 version of Wrestling Observer Radio, Dave Meltzer talked about the current plans for Hell In A Cell, which would be centered around John Cena, Seth Rollins, Dean Ambrose, and Randy Orton.

Meltzer mentioned that they were plans as of that evening, but with WWE constantly changing plans, I didn’t really expect these plans to be rock solid.

But now, over a week later, it seems they are definitely moving in that direction. Meltzer reported that in the October 6, 2014 edition of the Wrestling Observer.

The current main event battle plan for the show is to start with a John Cena vs. Dean Ambrose match, where the winner will face Seth Rollins in the main event in the cell, and the loser will face Randy Orton in the cell.

There is something to definitely like about the current program, especially the ascension of Dean Ambrose and Seth Rollins. But there’s even more that I dislike about it because of how they are currently booking.

If we go back to Night Of Champions, my take was that if Seth Rollins logically explained why he would attack John Cena and get Brock Lesnar disqualified in their big rematch, I was fine with the finish. But instead, Rollins didn’t say anything of note to explain himself and with Lesnar off TV all month, all we’ve seen so far is Paul Heyman ask why and when Rollins apologized, Heyman was okay with it. I wasn’t.

The reasoning had to be that they simply didn’t want to pin John Cena twice because he would have to carry the programming with Lesnar off and Roman Reigns now injured.

Based on what Meltzer wrote, we’re back in a conundrum with John Cena (unless plans change of course). If the WWE World Heavyweight champion can’t pin John Cena at Night Of Champions, then I don’t have much faith that Dean Ambrose will. They can continue to do the run-in finishes that they’ve been doing, but it cheapens everything considering they’ve done it to death recently.

The only way that Ambrose vs Cena should happen is if Ambrose goes over Cena like Daniel Bryan did at SummerSlam in 2013. But then, if Cena does lose, we have to sit through yet another Cena vs Orton match that now is of zero importance because of the stipulation. It’s like a third place game.

The main event of Hell In A Cell should be Seth Rollins vs Dean Ambrose in cage. That should simply be it. There shouldn’t be a reason for Ambrose to win or back door his way into the main event. If Rollins was the champion, then maybe that would be logical. But since he’s not, what’s the reward for Ambrose or Cena? If it is simply that they can’t wait to get their hands on Rollins, well, that’s a reason for Hell In A Cell, but they need to hit that hard. (And maybe stop putting them in matches with him on TV where they’ve had their shots.)

Some think that Rollins should somehow have to put his Money In The Bank briefcase up in the match. I completely disagree. He’s not the babyface here. And that’s a babyface move. And if the Authority make him do so, doesn’t that babyface him as well? There’s no logical reason for him to do so since he doesn’t want anything to do with Ambrose.

I think there should be one goal out of this show. It should be to make Dean Ambrose a star. If he beats Cena clean and then beats Rollins in the cell, he’s in the WrestleMania picture as a plan B if Roman Reigns can’t get started when he comes back. I think Daniel Bryan might be over more than both when he finally comes back. But I don’t think WWE wants that plan C.