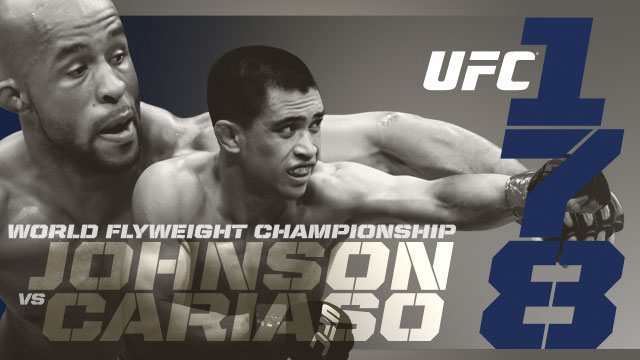 Countdown To UFC 178 features Conor McGregor and Eddie Alvarez. How can it be bad?

That’s not to say this is a terrific hype special as most of you who watch these know that they are often the same thing over and over and over. But thankfully, at least we have a couple of personalities that make these worth watching.

In fact, the most boring of the three videos is the one featuring the UFC 178 main event between Demetrious Johnson and Chris Cariaso. Johnson shows an insane training regimen while Cariaso is the quietly confident guy who is only getting the shot because there’s literally no one else. And while Johnson is extremely likable, he doesn’t stand out much in the way of someone you’d pay a ticket to watch fight.

The Eddie Alvarez and Donald Cerrone part is a really good look at both guys whose unique personalities showcase something different than the same old same old. Alvarez is a fighter through and through and his wife says that she’s thankful for the UFC because at least it’s a sanctioned fight in the cage for money rather than a street fight. Cerrone is all about the benjamins and says the bonus incentive makes him fight more recklessly because he knows that he’ll get bonused for stoppages.

But the best of all of the fighters at getting you interested in the card is of course Conor McGregor who faces Dustin Poirier. McGregor is confident, cocky, and believes he’s headed for stardom. The UFC would be so lucky to have him as one of their champions. Poirier doesn’t come across as nearly as confident.

You can watch the three-part Countdown To UFC 178 show below: