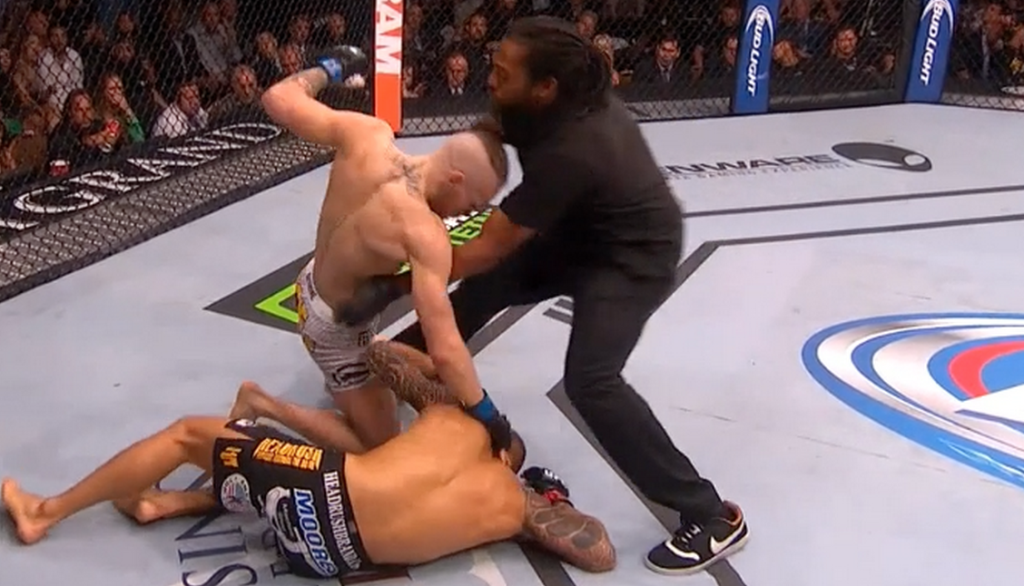 It was a pretty fine night of fighting. We’ve recapped the UFC 178 post-fight press conference.

– The gate was 2.2 million with 10,544 in attendance.
– FOTN was Tim Kennedy Vs Yoel Romero and performances of the night go to Conor McGregor and Dominick Cruz.
– Dominick Cruz is next in line for T.J. Dillashaw.
– Dana said the Romero situation was the dirtiest trick in the book, but it was their own guy who put the vaseline on his eye.
– Cat Zingano will get the next title shot at Ronda Rousey.
– Conor McGregor is wearing a sweet suit. He says the shot clipped Poirier right above the ear and Dana agreed. 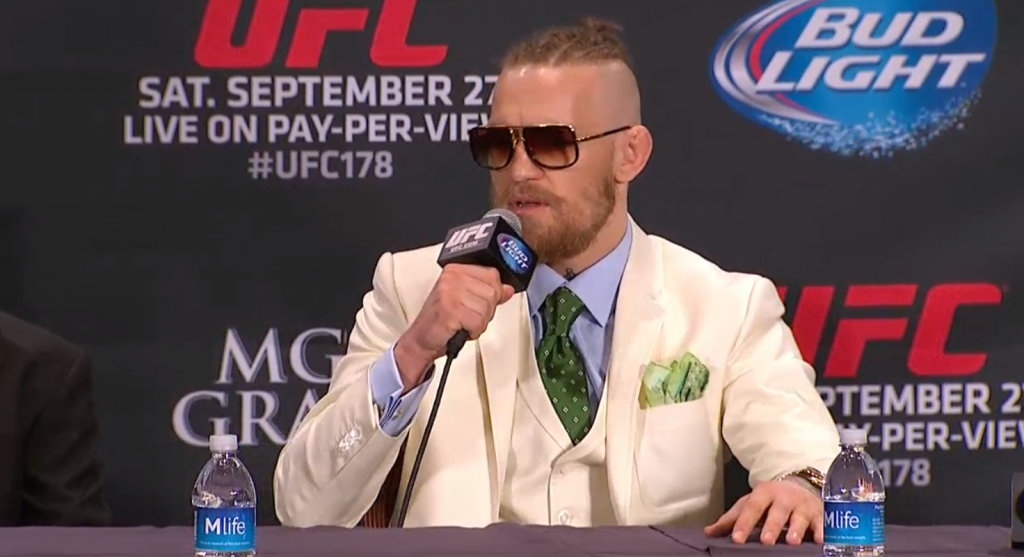 – Dana says it’s the responsibility of the corner men to get Romero off the stool in time.
– McGregor – “I whoop people for truckloads of cash.”
– Dana says that 10% of tickets sold came from Ireland.
– Dana says if McGregor is in a title fight it could be in Europe.
– McGregor says that he never thought about pulling out of the fight even though he tore ligaments in his thumb four weeks out.
– He thinks he’ll beat Mendes because of his reach and thinks he’s a little bodybuilder. He thinks he also beats Aldo and says the division is all rookies and has-beens.