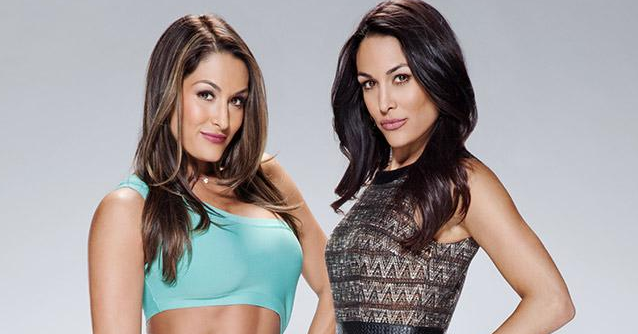 If it came out that this show was rewritten up to the second it started, I’d believe them. Ugh.

It was one of the more disorganized shows you’ll ever see with chaos in the ring not making sense and one hand not knowing what the other is doing.

Is John Cena going to get his rematch with Brock Lesnar?

This was the most unorganized part of the show. And it opened the show. So I guess it set the tone.

Randy Orton was the teased guest of Chris Jericho’s Highlight Reel. Now, maybe this was the angle all along, but if it was, why wouldn’t they tease the Authority as a guest of the Highlight Reel rather than Orton?

Triple H came out with Orton, Kane, and Seth Rollins who were all in suits. Jericho and Triple H traded barbs after Jericho made fun of Triple H’s nose. Triple H went to his height, by the way. Triple H’s main reason for being out there was to say that it might not be best for business that Cena face Lesnar again since Lesnar whipped him so badly at SummerSlam. Then, his guys tried to sell him on being the number one contender. So did Jericho.

(By the way, I had hoped for Cena to go away for a few weeks and for Orton or Jericho to step in for Night Of Champions before they decided to do what they are doing now.)

Cena came out and told Triple H that he invoked his rematch clause and Triple H “authorized” it, so if he’s changing the plans, Cena will sue him. By the way, if Triple H said he would pay him his win bonus, I think Cena would be okay with this. Triple H made fun of his lawsuit threat. Roman Reigns came out after Orton said his loss to Reigns meant nothing.

So here’s where it got fuzzy. Triple H created a six-man as the main event and seemed like Cena would have to prove himself in the match to get his shot and if he didn’t, there were five other guys in the match who could be chosen.

But soon thereafter, Paul Heyman came out and put over Brock Lesnar as beating John Cena in the main event of Night Of Champions. So what the hell was that 25 minutes of opening segment about?

Now here’s where it got insanely stupid. Triple H and Stephanie came out to ringside, supposedly to scout the main event to see who the number one contender would truly be. Yet, for some reason, everyone tagged each other in and out as if this were a regular match and not a competition. And right when Super Cena was about to win the match, he tagged in Roman Reigns who speared Kane and got the fall.

Cena sure showed Triple H that he was a killer by tagging out there. This allowed Cena to argue with Triple H and Stephanie and catch Seth Rollins creeping up on him simply to FU him on the announcer’s table.

What an absolute waste of time.

Growing up Bella must’ve been hard.

There were three segments sprinkled throughout the show called, Growing Up Bella. In all segments, Nikki told a story that had to do with Brie not being a nice person. In one story, she took Nikki’s prom date out to the parking lot. In another, Nikki had to take Brie’s tests for her so she could graduate. And then there was also one where Brie stole her car and didn’t even have a driver’s license and then crashed the card. And at the end of each, Nikki would say that she hasn’t told anyone until now.

Wait, so Brie crashed her car, stole her license, blamed it on her and no one knew?

This led up to Stephanie McMahon telling Triple H that she enjoys doing nice things for people and had great news for Nikki. She came out to the ring, called out Nikki and said she was touched by her stories and was going to do something nice for her which is to give her a title shot. Brie walked out and asked Nikki if this was just about a title shot. That led to not only AJ Lee, but then Paige to come out. Nikki went on to run Brie down again, making fun of her husband, where they live, and how she’s never doing anything nice for her. She then said that if she really loved her, she should quit, like she did for her husband. Brie almost walked out to quit, but Nikki then stupidly called her a quitter and Brie attacked her. In falling to the ground, Nikki clipped Paige who also took a bump. Brie walked out. AJ grabbed the belt and pranced around with it. Stephanie forced her to give it up and AJ did. Paige then asked for it and Stephanie gave it to her and Paige backed away and skipped out.

This entire thing led to nothing. Nothing was resolved. Brie and Nikki are less over than before SummerSlam, which means the turn has been bad for both.

– Miz and Cesaro beat Dolph Ziggler and Sheamus after interference from Damien Mizdow which allowed Miz to give Ziggler the Skull Crushing Finale.

– Layla, Naomi, and Summer Rae beat Rosa Mendes, Eva Marie, and Cameron. This was simply there to remind everyone to set their DVRs for season three of Total Divas which starts up this weekend.

– Mark Henry and Big Show beat Erick Rowan and Luke Harper by disqualification when Rusev interfered and side kicked Henry. Henry is now at odds to either be in the tag team with Show or go after Rusev.

– Michael Sam was invited to Raw next week. For those who don’t know why they’d invite Sam, he was cut by the Rams last weekend and hasn’t been signed to any team’s practice squad. They said he could say anything he wants. If I was Sam, I’d stay far away from WWE if I still wanted to work in the NFL.

– Jack Swagger beat Curtis Axel and then Bo Dallas got on the mic and had three people in a chair who were three people who Jack Swagger let down after losing to Rusev. I fast forwarded through all three letting people know how Swagger let them down. They should really save segments like this for Smackdown when there’s not 3 hours and 15 minutes of show to watch.

– Adam Rose beat Titus O’Neil thanks to the bunny who was beating up Heath Slater on the outside. O’Neil got distracted and you know what happens when wrestlers get distracted.

– Rusev beat Zack Ryder and Henry came out to let Rusev know that he was opening up an international wing in the Hall Of Pain.

– Goldust beat Jimmy Uso and then both he and Stardust attacked Jimmy’s knee.