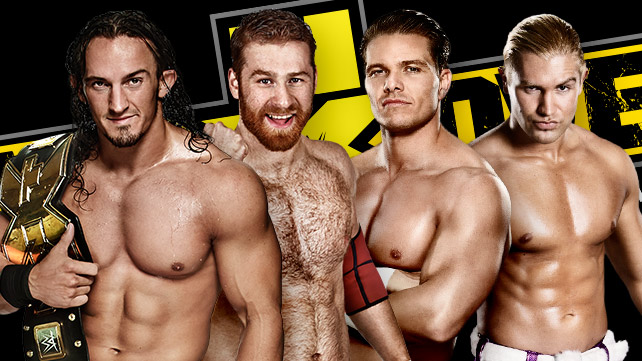 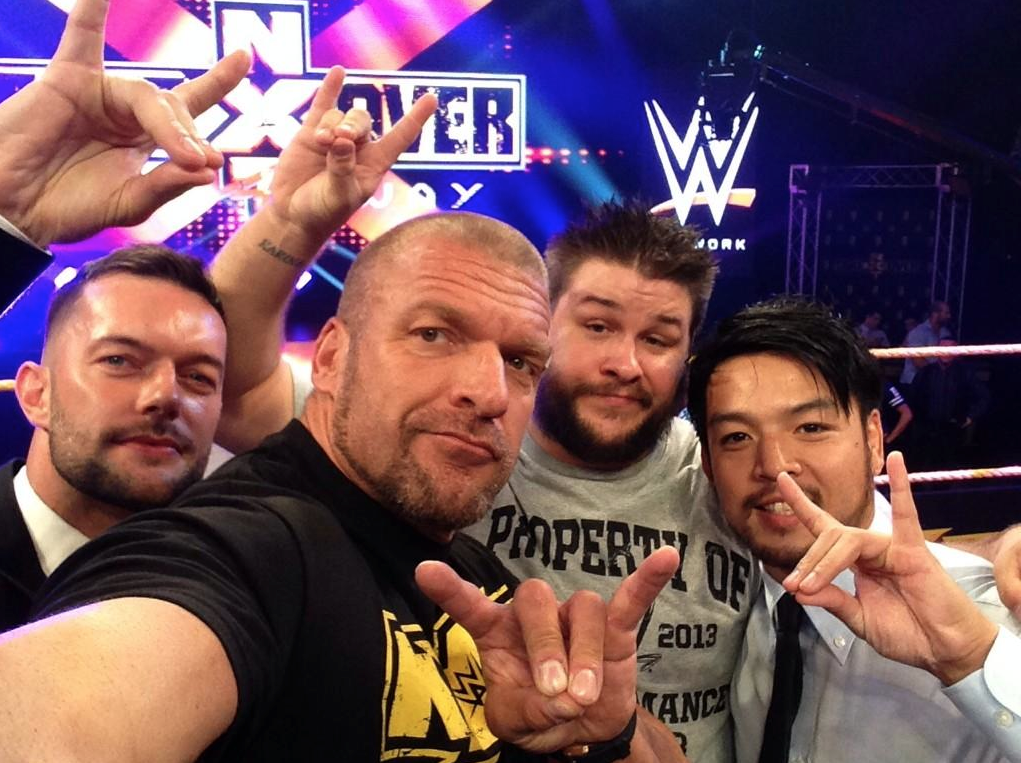 He even got The Rock to tweet about the show tonight.

@TripleH Will you ever buy me the dinner you owe me after all the jobs I've down for you over the years? #KFabianCafe #NXTTakeover

I think Rock meant “done” rather than “down”, but hey, it’s all good.

The match was built for Kalisto to get the hot tag and clean house. Sin Cara did a sweet dive onto both members of The Ascension through the ropes. The Ascension was about to give the little guy the Fall Of Man, but Sin Cara interrupted them. Kalisto hit the Salida del Sol on Viktor to win the match and the straps. 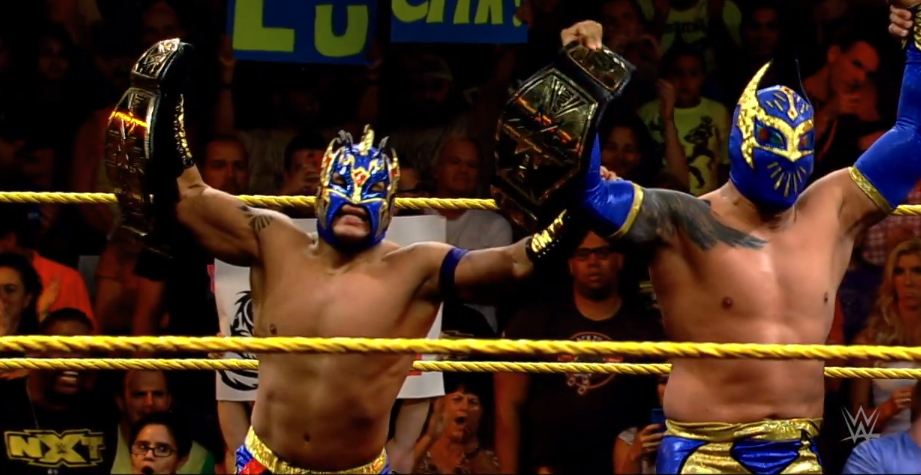 Complete squash match. The build-up was that Parker’s opponent was a mystery and I think many were let down. Corbin destroyed him immediately.

This is a hair vs hair match. How you doin’?

Amore won the match with a roll-up and held the tights. Lefort, his long hair, and his chest hair didn’t get chopped though. Lefort ran away his partner in the Legionnaires, Marcus Louis took the Nair to the head and face. That’s gonna burn.

So no haircut and a stipulations breach.

Commissioner Regal came out to introduce Kenta. Kenta had a few sentences in English, but cut the majority of his promo in Japanese. He said it was a dream come true and that he’s happy to be on NXT. He will be known as Hideo Itami and wants to be NXT champion.

The Ascension came out and threw Kenta/Hideo Itami out of the ring. They demanded a rematch for their tag straps.

Kenta came back in the ring and cleaned house and grabbed a chair and sit in the ring, asking both of them to come back into the ring.

Dempsey ran over Rawley. He hit a headbutt to the abdomen for the finish and then hit another.

Amore was upset backstage because he didn’t get to see anyone bald and said seeing was believing, kind of like Sasquatch. They saw Lefort and Louis in the back. Louis had a towel over his head. They grabbed him and brought him into the ring. They took off the towel and showed his mostly bald head with patches.

This was a fun and good match, but nowhere near as good as Charlotte’s match with Natalya at the last Takeover show (and really, that shouldn’t have been expected). The story was that Bayley wasn’t going to quit no matter what. She hit a hurracanrana off the top rope for the best hope fall of the match. Charlotte threw her back and head first into the bottom turnbuckle and then hit the Natural Selection for the pinfall.

Neville and Zayn teased an altercation early on, but they both got double legged by Breeze and Kidd. Zayn had Kidd in the Koji Clutch for the first real finish attempt. The story was that Kidd and Breeze were trying to double team Zayn while keeping Neville on the outside.

I really loved the story of the match. Everyone had their role. Neville was frustrated as the guy was ready to unleash offense, but kept getting upended by the heels and sent out of the ring, but would do whatever it took to save his title. Zayn was the underdog babyface who wanted to win so badly. Kidd was the smart heel who paced the match and tried to keep the odds on his side. Breeze was the cowardly heel who wanted to steal the pins.

At the end, Zayn started running wild. And rather than try to beat Kidd in the ring, he dove outside on Neville. Neville interrupted his pin attempt on Kidd. He got upset and went to the outside where Neville superkicked him, went back in the ring and hit the Red Arrow on Tyson Kidd to keep his title. Great match.