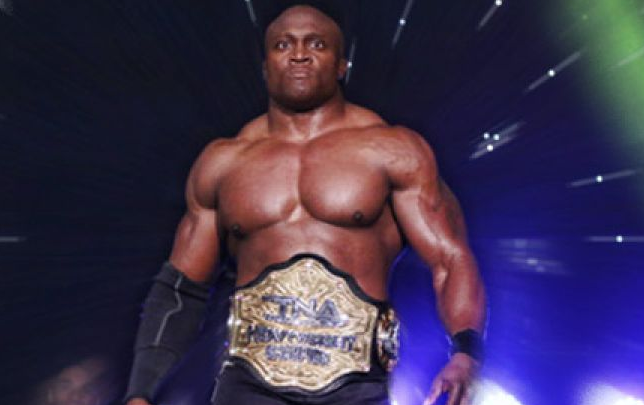 And now, TNA doesn’t have to take the strap off of him.

Lashley dominated the entire fight, never being on the defensive. Using a shoulder roll-like southpaw stance, he used his jab early on to set up Burns for the takedown. When he took him down, he immediately got side control and tried for a Kimura. He was patient in trying for it, but never had the right angle to finish him. Late in the first, he threw some nasty punches from the top. In between, he cut open Burns with some sharp elbows.

In the second, he had the same game plan, but Burns tried to get up and in doing so, gave up his back. Lashley finished him with a choke in the second round.

GIF of the finish via the ZombieProphet: